Determined, Disciplined And Dedicated Vaping Injury Lawyers In Buffalo, New York Jed Dietrich, Esq. and His Team at the Dietrich Law Firm P.C., Recognized as a Best Law Firm Of America, Battle to Obtain the Best Outcome for People Who Suffered Injuries Caused By Vaping or the Use of E-Cigarettes. 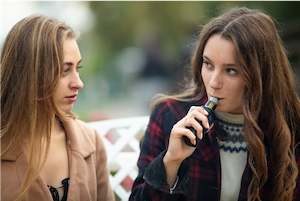 When vaping and e-cigarettes first appeared on the market several years ago, they were often promoted as a safe way to help cigarette smokers quit smoking. However, instead of putting an end to smoking, a vaping epidemic ensued—especially among younger crowds. The number of vape users has rapidly increased from approximately 7 million in 2011 to 35 million in 2016. It is estimated that by the year 2021 there will be roughly 55 million vape users.

This increase of vapers has come with a number of serious consequences. After a teenage boy’s lungs collapsed, allegedly caused by his Juul vaping device, he was left fighting for his life. The primary concern today is that the exact mechanisms causing harm and the extent of the injuries that vaping can cause are still unknown. Doctors and scientists alike are struggling to identify whether vaping injuries are caused by a byproduct, the vapor itself, or a combination of the two. Although little is certain about the true extent of damage that vaping can cause, recently there has been a huge increase in the number of respiratory and pulmonary diseases that are suspected to be linked to vaping.

Every day Jed Dietrich, Esq., recognized as a Best Lawyer of America and New York Super Lawyer, and his top rated team of Buffalo, New York vaping injury attorneys at the Dietrich Law Firm P.C. strive to provide the highest level of personal injury service to people who suffered vaping injuries in Western New York. Jed Dietrich, Esq. has witnessed the terrible effects that vaping and e-cigarette use can have on a person’s life, ranging from severe lung complications to untimely death, and the Dietrich Law Firm P.C. is here to help. Insurance companies have paid Jed Dietrich, Esq. over $175,000,000.00 in verdicts and settlements to resolve personal injury claims. Contact us today at 716-839-3939 for your free consultation to find out how we can help you after your vaping injury.

What Does The Recent Research Suggest? 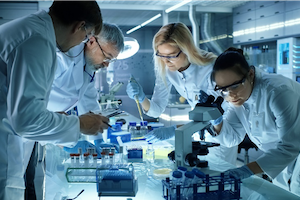 Researchers have been fighting to keep up with the ever-increasing popularity and use of vape devices. Scientists have only just begun to understand the impact of vaping, and data on its health effects is still in the preliminary stages and it remains far from conclusive. Vaping research has been and continues to be hindered by the novelty and diversity of vaping products.

The fact that vaping has only been around for a relatively short period of time means that there is no long-term research to consult. It could take researchers several more years to link specific diseases to vaping. A further issue arises, in that, there are hundreds, if not thousands, of vaping products on the market. Every vaping product works a little differently and each contains varying levels of nicotine and other chemicals. Every week approximately 25 new studies on the health effects of vaping are published. One thing we can be sure of, however, is that no research has concluded that vaping is harmless.

Studies recently published raise fears about vaping chemicals. Researchers at Duke University revealed that under different conditions, certain chemicals in vape liquids go through chemical reactions that can negatively affect the user’s health. These chemical changes can occur even in cases where the liquid was not exposed to any heat. Additionally, after the nicotine, flavoring and solvents are all mixed together, further chemical reactions add to the number of chemicals. Yale University researchers, examining Juul vapes, found that the vapes produced a number of chemicals that were not listed on the product’s packaging. Some of these chemicals being widely known irritants.

Investigations are ongoing as to the full extent of the dangers of vaping, however, if you believe that you may have suffered an injury caused by vaping, contact our team of vaping injury lawyers in Buffalo, New York today. We will take immediate action to investigate your injury, determine who is liable to you and file a claim to preserve your rights. Contact us today, so that we can help you! We are available 24 hours per day and 7 days per week at 716-839-3939.

Vaping May Be Much More Harmful Than We Thought

While vaping and electronic cigarettes were marketed as safer than traditional cigarettes, this does not mean that they are actually safe. Researchers have been finding that e-cigarettes are more dangerous than previously believed, particularly for the user’s vital organs.

Based on the most current research, some serious potential side effects of vaping include:

Vaporizers and e-cigarettes are still relatively new to the market, but the dangers they pose are becoming increasingly difficult to ignore. It is important for vapers who have been experiencing persistent coughing, fatigue, shortness of breath, wheezing or chest pain to inform their doctors. If you, or a loved one, suffered a vaping injury in Buffalo, New York, contact our highly experienced, aggressive, tenacious and hardworking team of Buffalo, New York vaping injury attorneys today so that we can help you!

DID YOU, OR A LOVED ONE, SUFFER AN INJURY LINKED TO THE USE OF A VAPE DEVICE, JUUL OR E-CIGARETTE IN BUFFALO, NIAGARA FALLS, ROCHESTER OR OTHER PARTS OF NEW YORK STATE?