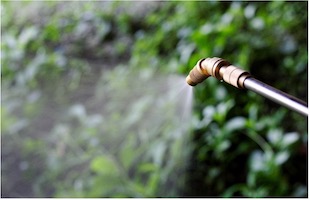 Paraquat is a highly poisonous compound that is used as an herbicide, predominantly for destroying large weeds. Exposure to the chemical has been linked to the development of Parkinson’s disease and even death. As a victim’s contact with paraquat increases, the risk of developing Parkinson’s greatly intensifies. Unfortunately, victims that have been routinely exposed to even small traces over time may not realize the damage to their health until it is too late. Since 2017, various lawsuits have been filed against manufacturers of paraquat, such as Growmark and Syngenta. Jed Dietrich, Esq., celebrated as a Best of the Best Top 10 Personal Injury Attorney, sympathizes with the overwhelming impact that Parkinson’s and other chronic health conditions can have on victims and, ultimately, their families. The Dietrich Law Firm P.C.’s battle-tested team of personal injury attorneys have represented many victims whose lives were torn apart because of hazardous chemicals.

Tragic stories of agricultural workers developing Parkinson’s or worse motivate Jed Dietrich, Esq. to provide the highest level of personal injury service to victims in Buffalo, New York, throughout New York State, and beyond. The Dietrich Law Firm P.C.’s leading attorneys know how to assertively litigate toxic exposure claims. We will zealously battle to obtain the best possible result for all of your damages. Below, our seasoned team has put together some frequently asked questions and answers regarding paraquat. If you have any further inquiries concerning your case, please feel free to contact the Dietrich Law Firm P.C. You can reach us by calling (716) 839-3939 or by completing the online consultation form. Our highly experienced paraquat exposure lawyers are available 24 hours per day and 7 days per week. There is never a fee unless we WIN for you!

Some of the most frequently asked questions regarding paraquat and Parkinson’s disease include:

CONTACT JED DIETRICH, ESQ. AND HIS ELITE AND HIGHLY EXPERIENCED TEAM OF BUFFALO, NEW YORK PARAQUAT ILLNESS LAWYERS AT (716)-839-3939 NOW TO OBTAIN THE HELP THAT YOU DESERVE!

For over two decades, Jed Dietrich, Esq., acclaimed as an American Institute of Trial Lawyers Litigator of the Year, has amassed more than $175 million in court judgments and settlements for his clients who were injured in Buffalo, New York, and beyond. The Dietrich Law Firm P.C.’s team of highly skilled and top rated paraquat illness attorneys strive to obtain the best possible result for victims afflicted with Parkinson’s and other serious illnesses. We strongly recommend contacting the Dietrich Law Firm P.C.’s elite lawyers as soon as possible to safeguard your legal rights. Our veteran team will take immediate action to file a lawsuit and preserve your right to compensation. Our righteous commitment to surpassing your expectations and delivering a first-rate outcome is what sets us apart from other law firms. Please call us today at (716) 839-3939 to find out more about how we can help you!