Jed Dietrich, Esq., Commended as a New York Super Lawyer and Member of the Million Dollar Advocates Forum, and His Battle-Tested Team of Toxic Tort Attorneys at the Dietrich Law Firm P.C. Skillfully Litigate to Seek the Highest Compensation for Victims Diagnosed with Parkinson’s Disease After Being Exposed to Paraquat in Buffalo, New York, Throughout New York State, and Beyond. 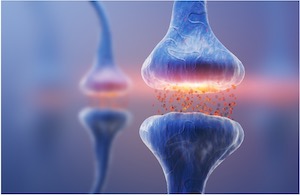 As an extremely potent herbicide for controlling weed and grass, paraquat is widely sprayed in commercial farms throughout the country. However, the same properties that make paraquat a very effective weed killer also make it particularly dangerous to humans. Due to the well-known hazards, the United States Environmental Protection Agency (EPA) classifies all paraquat products as “restricted use pesticides.” This means that paraquat can only be used by trained, certified applicators. According to a recent study, there is evidence that paraquat can cross the blood-brain barrier where it affects neurons. Epidemiological research also shows that exposure to paraquat sharply increases the risk of Parkinson’s disease in humans.

The Centers for Disease Control and Prevention (CDC) found that paraquat is much more lethal than other weed killers. Farmhands and others working or residing around agricultural areas are highly susceptible to paraquat exposure through incidental ingestion, inhalation, and skin absorption. Depending upon the duration and volume of paraquat exposure, teens and young adults experienced 200 to 600% higher chances of developing Parkinson’s. To maintain their gross profits, paraquat manufacturers have chosen to recklessly disregard the public’s health and safety. Manufacturers of the toxic chemical, such as Sinon USA, Inc., Helm Agro, and Syngenta, categorically deny any relationship between paraquat and Parkinson’s disease. Consequently, from 2006 to 2017, the amount of paraquat used annually skyrocketed from roughly 3 million pounds to 11 million pounds.

Hundreds of lawsuits have already been filed against paraquat manufacturers on behalf of victims who have developed Parkinson’s. Claimants accuse manufacturers of hiding the dangers associated with paraquat. If by any chance you, or someone close to you, are struggling with Parkinson’s in the aftermath of paraquat exposure, we strongly encourage you to contact the Dietrich Law Firm P.C. Our veteran team of attorneys will carefully evaluate your situation to determine whether or not you are eligible to file a toxic exposure claim. With more than 2 decades of experience in evaluating personal injury and product liability claims, Jed Dietrich, Esq. will meticulously assess the circumstances surrounding your exposure as well as the severity of your Parkinson’s or other chronic health condition.

There is no excuse for failing to adequately warn consumers about the risks related to paraquat. Nothing would please the Dietrich Law Firm P.C.’s seasoned toxic exposure attorneys more than holding paraquat manufacturers responsible for the harm that they have caused. Jed Dietrich, Esq. and his outstanding team, are enthusiastically devoted to obtaining the highest possible compensation for your paraquat-related Parkinson’s and all other damages in Buffalo, New York, and beyond. Insurance companies and corrupt corporations have paid Jed Dietrich, Esq. $1,000,000.00 or more 38 times to compensate his clients for their injuries and illnesses. The Dietrich Law Firm P.C.’s elite team would be honored to help you get through this difficult time. For more information, please contact our highly experienced litigators today at (716) 839-3939 or by completing the online consultation form. 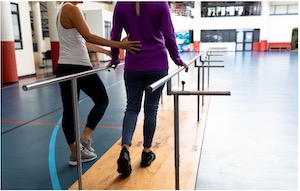 Parkinson’s disease is an incurable, progressive degenerative disorder that causes severe motor and non-motor symptoms. It triggers dopaminergic neurons in the brain to deteriorate. Common symptoms of Parkinson’s include declining balance and coordination, tremors throughout the limbs, loss of automatic movements, difficulty swallowing, and bradykinesia. As many as 98 percent of all victims living with Parkinson’s suffer from the slowness of movement commonly referred to as bradykinesia. It is caused by diminished dopamine levels in the brain.

Bradykinesia can impact a specific limb, one side of the body, or even the victim’s entire body. The ailment tends to vary from moment to moment and can make sufferers feel unnaturally still. As movements progressively become slower and more challenging, victims are less prone to move. Consequently, performing daily functions, such as brushing their teeth or buttoning a shirt, becomes increasingly difficult. Levodopa is the most commonly prescribed medication to control movement symptoms. Amantadine, dopamine agonists, and MAO-B inhibitors may also be given alone or in combination with other medications to improve bradykinesia. Exercise and physical therapy should also be incorporated into your Parkinson’s treatment plan. If you encounter any deviations in your ability to move or your bradykinesia worsens, it may be related to the timing of your medication. Our concerned paraquat illness attorneys recommend consulting with a doctor before making any changes to your medications.

WERE YOU, OR A LOVED ONE, DIAGNOSED WITH PARKINSON’S DISEASE AFTER BEING SUBJECTED TO PARAQUAT IN BUFFALO, NIAGARA FALLS, ROCHESTER, OR OTHER PARTS OF NEW YORK STATE?

CONTACT JED DIETRICH, ESQ. AND HIS TOP RATED AND HIGHLY PRACTICED TEAM OF WESTERN NEW YORK PARAQUAT-RELATED PARKINSON’S LAWYERS AT 716-839-3939 NOW
TO GET THE HELP THAT YOU NEED!

How Much Is Your Paraquat Claim Worth?

Victims who filed paraquat lawsuits allege that manufacturers have known the herbicide was toxic and caused Parkinson’s for many years. Despite the dangers, they continued to market paraquat and concealed this critical information. The Dietrich Law Firm P.C.’s battle-tested team of attorneys firmly believes that weed killers applied on our crops should not cause such catastrophic health problems. We recognize that victims unfortunate enough to develop Parkinson’s may be severely debilitated or worse. Victims diagnosed with any chronic health conditions related to their paraquat exposure may be entitled to obtain damages through a product liability claim, which may include:

It is estimated that victims acutely impacted by Parkinson’s spend more than $26,000 every year for treatment. Filing a lawsuit can secure crucial compensation to pay for costly hospital bills as well as provide a sense of justice by holding the liable paraquat manufacturer accountable for their deplorable conduct. Punitive damages may also be awarded to punish manufacturers for willfully endangering the public.

The Dietrich Law Firm P.C. sympathizes with your feelings of anger, resentment, and sadness after being diagnosed with a neurodegenerative disorder. Jed Dietrich, Esq., much-admired as one of America's Top 100 Personal Injury Attorneys, possesses both the knowledge and proven results to demand the big money that you deserve. Jed Dietrich, Esq. has persuaded insurance companies and negligent corporations to shell out over $175,000,000.00 in verdicts and settlements to resolve his clients’ cases. Our veteran team promises not to allow the culpable paraquat manufacturer to get away with destroying your life. The Dietrich Law Firm P.C.’s top rated and highly experienced Buffalo, New York paraquat illness attorneys are available 24 hours per day and 7 days per week by calling (716) 839-3939. Please do not hesitate to contact us, and we will be more than happy to answer all of your inquiries.