Increasing Use of Paraquat

Jed Dietrich, Esq., Celebrated as a New York Super Lawyer and American Institute of Trial Lawyers Litigator of the Year, and His Highly Experienced Team of Attorneys at the Dietrich Law Firm P.C. Aggressively Negotiate to Obtain the Highest Settlements for Victims Who Have Developed Parkinson’s Disease Caused by Exposure to Paraquat in Buffalo, New York. 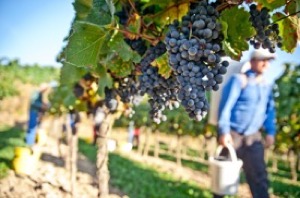 Paraquat was first manufactured under the trade name Gramoxone in the 1960s. Today, over 370 companies produce paraquat products throughout the world. The herbicide is sold under numerous brand names such as Quik-Quat, Devour, Para-Shot 3.0, and Bonedry. Although it may be effective at killing weeds, paraquat can be lethal when accidentally ingested or inhaled. The American Council on Science and Health determined that as little as 2.5 grams of paraquat are enough to kill the average person. Since the use of the herbicide has become so widespread, tens of thousands of innocent victims have suffered devastating health issues and fatalities caused by paraquat exposure.

An Unearthed investigative report titled “The Paraquat Papers” discloses how paraquat manufacturers actively buried the hazards of their products for decades. Additionally, recent studies have revealed compelling scientific data connecting paraquat to the development of Parkinson’s disease. While licensed applicators face the greatest threat of paraquat exposure, anyone working in or near places where the herbicide has been applied can be subjected. This includes growers, farmers, groundskeepers, pickers, and other workers. An herbicide as lethal as paraquat has no business near our food or the agricultural workers who help produce and harvest it. From 1990 to 2014, there have been at least 27 fatalities and over 200 cases of toxic exposure involving paraquat throughout the United States.

If you, or someone close to you, have developed any chronic illnesses, such as Parkinson’s disease, and think that paraquat is to blame, please contact the Dietrich Law Firm P.C. by dialing 716-839-3939 or completing our online consultation form. Jed Dietrich, Esq., acclaimed as an Association of American Trial Lawyers Top 100, and his battle-tested team of paraquat exposure illness attorneys are here to hold paraquat manufacturers responsible for their reckless disregard for human life. Your initial case evaluation and consultation are completely free of charge. We work on a contingency fee basis, meaning you will never pay a single dollar to retain our first-rate legal services.

The Dietrich Law Firm P.C.’s kindhearted team would be delighted to help you get through this challenging period. Our seasoned lawyers promise to take the necessary steps to investigate your ailment, establish liability, and file a claim to protect your right to compensation. We are avidly determined to secure the highest possible compensation for your Parkinson’s and all other damages in Buffalo, New York, throughout New York State, and beyond. Jed Dietrich, Esq. has pressured insurance companies and uncaring manufacturers to forfeit at least $1,000,000.00 or more on 38 separate occasions to compensate his clients. You have absolutely nothing to lose by hiring our best of the best law firm.

Use Of Paraquat Has Skyrocketed 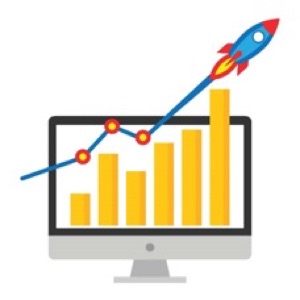 Almost every other major agricultural country in the world, including China, Brazil, and the European Union, has already banned paraquat. However, paraquat use in the United States is more popular than ever and has substantially increased during the last 25 years. Since 2009, the application of paraquat has climbed by almost 200 percent. The huge increase began soon after the risks related to another popular herbicide were revealed. The Centers for Disease Control and Prevention (CDC) considers paraquat to be much more poisonous than other weed killers. It takes less than one teaspoon of paraquat to kill someone.

Each year, farmers throughout the country spray more than 8 million pounds of paraquat. The herbicide is commonly applied to oranges, peanuts, soy, corn, wheat, cotton, artichokes, pears, grapes, strawberries, garlic, and sweet potatoes. Frequent use of various weed killers has created superweeds that are resistant to weaker herbicides. Due to its extreme toxicity, the Environmental Protection Agency restricts the use of paraquat to commercial use by licensed applicators. The weed killer should never be applied around:

DID YOU, OR A LOVED ONE, DEVELOP PARKINSON’S OR ANY OTHER ILLNESS CAUSED BY EXPOSURE TO PARAQUAT IN BUFFALO, NIAGARA FALLS, ROCHESTER, OR OTHER PARTS OF NEW YORK STATE?

PLEASE CONTACT JED DIETRICH, ESQ. AND HIS ELITE AND HIGHLY-SKILLED TEAM OF BUFFALO, NEW YORK TOXIC CHEMICAL ILLNESS ATTORNEYS AT 716-839-3939 NOW TO OBTAIN THE HELP THAT YOU DESERVE!

Recommendations For Safe Use Of Paraquat

To prevent serious health problems and loss of life from paraquat, the following steps must be taken:

While ingestion or inhalation of paraquat can be lethal, even dermal or eye contact can have severe, long-lasting effects on victims. If you, a child, or someone else you know has been exposed to paraquat, it is vital to seek immediate medical treatment. Our compassionate attorneys realize that no amount of money can cure your Parkinson’s disease, but compensation can help pay for necessary medical treatments. Additionally, pursuing a toxic tort case can hold responsible paraquat manufacturers accountable for their deplorable conduct. Costly lawsuits tend to urge corporations to adopt adequate steps to protect consumers’ health and avoid exposing future victims.

Jed Dietrich, Esq., recognized by the Best Attorneys of America, has been litigating personal injury and product liability claims for over two decades and possesses both the know-how and proved results to demand the monetary compensation that your case justifies. Insurance companies and negligent companies have paid Jed Dietrich, Esq. more than $175,000,000.00 in judgments and settlements to resolve clients’ personal injury claims. Do not allow malevolent paraquat manufacturers to escape without paying for the devastation they have caused. The Dietrich Law Firm P.C.’s team of elite and veteran Buffalo, New York paraquat exposure attorneys will guarantee that you are in the best position to obtain the highest possible compensation. Please call us today; our seasoned team is standing by 24 hours per day and 7 days per week at 716-839-3939.