Famed as a New York Super Lawyer and American Institute of Trial Lawyers Litigator of the Year, Jed Dietrich, Esq., and His Team of Zealous, Persistent, and Devoted Attorneys at the Dietrich Law Firm P.C. Aggressively Pursue Lawsuits Against Careless Manufacturers of Paraquat on Behalf of Toxic Exposure Victims in Buffalo, New York ; Niagara Falls, New York; Rochester, New York; Throughout New York State and Beyond. 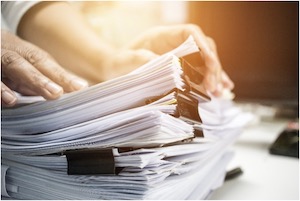 The dangers of exposure to paraquat have been widely documented for many years. However, this did little to stop paraquat manufacturers from marketing and selling their highly toxic herbicides. To increase profit margins, manufacturers of paraquat chose to negligently disregard the health and safety of thousands of agricultural workers, herbicide applicators, mixers, and families living near commercial farms. Anyone who has been frequently subjected to paraquat runs a 600% higher risk of developing Parkinson’s disease. Additionally, the American Journal of Epidemiology determined that those who resided within 1,600 feet of where the chemical was sprayed faced a 75% greater risk of suffering from neurodegenerative disorders.

Ingestion of the smallest traces of paraquat can cause the failure of the kidneys and liver, esophageal strictures, cardiac arrest, and severe scarring of the lungs. The American Council on Science and Health found that paraquat’s relative toxicity in comparison to glyphosate, a common chemical found in other herbicides, ranges from 33-250. If you, or a loved one, have developed Parkinson’s after coming into contact with paraquat, our veteran lawyers strongly encourage you to contact the Dietrich Law Firm P.C. as soon as possible. Although no amount of money can cure your neurological condition, filing a product liability lawsuit will teach the responsible manufacturer not to put profits over the public.

The Dietrich Law Firm P.C.’s expert personal injury lawyers are profoundly committed to fighting to ensure paraquat exposure victims obtain justice. We have extensive experience in negotiating high settlements and judgments for our clients. Victims and their families deserve to be paid for recklessly being exposed to poisonous chemicals. You may have a legal right to compensation for your present and future hospital bills, lost time from work, reduced future ability to earn wages, pain and suffering, loss of enjoyment, loss of consortium, and much more. The Dietrich Law Firm P.C.’s highly experienced team offers complimentary, non-binding case evaluations and consultations. Jed Dietrich, Esq. would be delighted to answer any questions you may have regarding your potential claim. Our elite team is available 24 hours a day, 7 days a week, at (716) 839-3939, or by filling out the online consultation form. There is never a fee unless we WIN for you!

Starting in 2017, hundreds of claims have been filed against manufacturers of paraquat. Consequently, a broad range of confidential documents and testimonies from whistle-blowers have helped divulge how manufacturers manipulated records and implemented inadequate safety precautions to keep profiting at the public’s expense. Over and over again, classified company files have shown that these companies were aware of the accompanying health risks. If only proper warnings and handling instructions had been made available, tens of thousands of innocent agricultural laborers and other victims could have avoided ravaging illnesses. However, companies continued to prioritize their massive revenues over consumers’ health. Some of the most notorious paraquat manufacturers include:

ARE YOU, OR A LOVED ONE, SUFFERING FROM PARKINSON’S DISEASE OR ANY OTHER ILLNESS CAUSED BY EXPOSURE TO PARAQUAT IN BUFFALO, NIAGARA FALLS, ROCHESTER, OR OTHER PARTS OF NEW YORK STATE?

CALL JED DIETRICH, ESQ. AND HIS TOP RATED AND HIGHLY EXPERIENCED TEAM OF BUFFALO, NEW YORK TOXIC HERBICIDE ILLNESS LAWYERS AT (716)-839-3939 NOW TO OBTAIN THE HELP THAT YOU DESERVE!

Filing a Lawsuit Against the Liable Paraquat Manufacturer 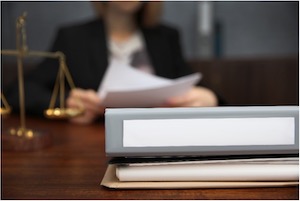 Law firms throughout the country have been advertising for plaintiffs, seeking to draw in thousands of victims who were exposed to paraquat and developed Parkinson’s. Cases already filed have accused some of the above manufacturers of knowing about the health risks related to their products. Instead of warning farmers, manufacturers were too busy concealing the dangers of paraquat and denying all connections. Manufacturers had a legal obligation to ensure that their herbicides did not cause significant harm. After suffering irreversible health damage caused by paraquat’s toxicity, victims exposed can hold manufacturers liable under the following conditions:

Despite being completely banned in at least 31 countries, Syngenta and other companies continued to sell their poisonous herbicides throughout the United States. Suppose that you or someone close to you suffered harmful effects from paraquat exposure; you may be able to sue those responsible. By placing profits above people, tens of thousands of victims were continuously exposed to this treacherous substance that caused life-altering diseases and many other health problems.

Jed Dietrich, Esq., recognized by the Best of the Best Top 10 Personal Injury Attorneys, understands the shocking force that Parkinson’s and other chronic illnesses can have on victims and, ultimately, their families. The Dietrich Law Firm P.C.’s battle-tested attorneys have represented several victims whose lives were devastated due to chemical exposure.

Having the finest personal injury attorney in Western New York litigate your case will meaningfully increase your likelihood of obtaining the highest possible compensation for your damages. The Dietrich Law Firm P.C.’s honorable commitment to never settling for anything less than the best possible result is what sets us apart from the competition. Our highly experienced team is available 24 hours a day, 7 days a week, at (716) 839-3939, or by completing the online consultation form. We are the aggressive, tenacious, and hardworking personal injury attorneys who are ready to fight for the compensation that you deserve!