How Safe Is Paraquat?

Jed Dietrich, Esq., Recognized as a New York Super Lawyer and Distinguished Justice Advocate, and His Team of Aggressive, Tenacious, and Hardworking Attorneys at the Dietrich Law Firm P.C. Demand the Highest Compensation for Victims Who Have Suffered Chronic Medical Conditions After Being Exposed to Paraquat in Buffalo, New York; Niagara Falls, New York; Rochester, New York; Throughout New York State and Beyond. 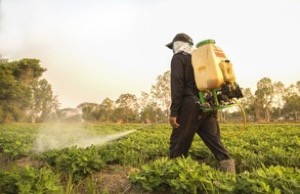 Paraquat is a highly toxic substance that is commonly applied as an herbicide on no-till farms. Although paraquat has been outlawed in 32 countries because of its known hazards, the use of the weed killer has significantly increased throughout the United States. The United States Environmental Protection Agency classifies all paraquat products as “Restricted Use Pesticides” that can only be sprayed by trained, certified applicators. Over the last several decades, various studies have uncovered the devastating health consequences of paraquat exposure on humans. Scientists found that victims who were regularly exposed to the toxic chemical had up to a 600% increased risk of developing Parkinson’s disease. The more frequently someone comes in contact with paraquat, the higher chances they have of being diagnosed with Parkinson’s.

Sweden’s claim that paraquat, in terms of acute toxicity, was the most dangerous substance to humans’ health eventually led to the prohibition of the herbicide throughout the European Union. Although certified applicators face the most significant danger, further investigations have shown that other agricultural workers and families living around farms are also at risk. Suppose that you, or someone dear to you, have suffered some serious health complications after coming into contact with paraquat, even many years ago; it is crucial to contact Jed Dietrich, Esq. For over 2 decades, Jed Dietrich, Esq., famed by the Best of the Best Top 10 Personal Injury Attorneys, has exclusively litigated severe personal injury and toxic tort cases.

Since paraquat’s use throughout the country has explosively increased by more than 200%, the Dietrich Law Firm P.C.’s seasoned lawyers have witnessed the appalling damage caused by the herbicide. No one should be a casualty of the physical, emotional, or neurological impairments caused by irresponsible manufacturers of paraquat. The Dietrich Law Firm P.C.’s veteran team of personal injury lawyers has represented numerous victims whose lives were shattered due to chemical exposures. We will systematically assess the circumstances of your claim and establish your paraquat exposure case. Although no amount of money can erase your neurodegenerative disorder, you may be eligible to seek monetary compensation in a product liability lawsuit against the culpable paraquat manufacturer.

Having Western New York’s finest personal injury attorney in your corner will meaningfully increase your chances of obtaining the highest possible payment for your damages and guarantee that justice is rendered. The Dietrich Law Firm P.C.’s best of the best team is determined to force those liable to accept responsibility for their coldhearted indifference to consumers’ health and safety. Insurance companies and negligent corporations have paid over $175,000,000.00 in verdicts and settlements to compensate Jed Dietrich, Esq.’s clients, for their illnesses and associated damages. Please contact our elite team today for your free, no-obligation consultation. We are available 24 hours a day, 7 days a week, by calling 716-839-3939 or by completing our online consultation form. There is never a fee unless we recover compensation for your claim! 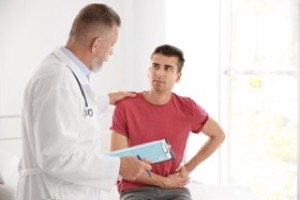 Documented evidence has revealed the adverse health effects concerning paraquat and its application as an herbicide on hundreds of crops. The weed killer presents countless risks to animals, humans, and the environment. When a victim first swallows paraquat, chances are he or she will suffer aching and swelling of their mouth and pharynx. Ingestion commonly causes symptoms, such as overwhelming nausea, abdominal cramping, heaving, and bloody diarrhea. Accidental contact and inhalation of the herbicide can cause kidney and liver failure, cardiac arrest, esophageal strictures, and lung damage. Other medical problems caused by paraquat may include:

WERE YOU, OR A LOVED ONE, DIAGNOSED WITH CHRONIC HEALTH ISSUES AFTER BEING EXPOSED TO PARAQUAT IN BUFFALO, NIAGARA FALLS, ROCHESTER, OR OTHER PARTS OF NEW YORK STATE?

CONTACT JED DIETRICH, ESQ. AND HIS TOP RATED & HIGHLY SKILLED TEAM OF BUFFALO, NEW YORK PARAQUAT-RELATED PARKINSON’S DISEASE LAWYERS AT 716-839-3939 NOW TO GET THE HELP THAT YOU NEED!

When victims are exposed to small amounts of paraquat throughout the years, many fail to distinguish any adverse health consequences until their health begins to worsen. According to a study published in the American Journal of Epidemiology, paraquat applied within 1,600 feet of a dwelling led to 75% higher chances of suffering from Parkinson’s. Parkinson’s disease is a neurodegenerative disorder that causes the progressive decline of dopaminergic neurons in the brain. Common symptoms of Parkinson’s include intense tremors in the limbs, bradykinesia, loss of balance, and muscle stiffness throughout the body. While the disease tends to affect each sufferer in different ways, difficulty swallowing and speech changes are also extremely common. In the later stages, Parkinson’s eventually becomes completely debilitating, and patients suffer from severe non-motor symptoms, such as dementia, insomnia, and incontinence.

Despite extensive research demonstrating the risks of paraquat exposure and the ensuing development of Parkinson’s, hardly anything has been done to protect agricultural workers. Someone needs to stop these reckless corporations from continuing to produce and market their poisonous herbicides. It is time to retain the Best Law Firm of America and American Institute of Personal Injury Attorneys 10 Best Personal Injury Law Firm to represent you. Jed Dietrich, Esq., recognized as an American Institute of Trial Lawyers Litigator of the Year, and his battle-tested team are prepared to demand the best result for your Parkinson’s or other illnesses caused by paraquat. You may be eligible to get compensation for all past and future hospital bills, rehabilitation, lost wages from missing work, diminished future earning capacity, pain and suffering, loss of consortium, loss of enjoyment, and all other damages. We promise to greatly exceed your expectations and deliver an extraordinary outcome. Allow our best of the best team to show you why we are better than the competition. If you have been exposed to paraquat or any other herbicides and developed Parkinson’s as a result, please call our elite lawyers now by dialing 716-839-3939 to find out more about how we can help you!