How Does Paraquat Exposure Happen?

Jed Dietrich, Esq., Acclaimed by Numerous Elite Organizations as an Outstanding Attorney, and His Battle-Tested Team of Lawyers at the Dietrich Law Firm P.C. Employ Aggressive Litigation Tactics to Obtain Unsurpassed Results for Victims Diagnosed with Parkinson’s Disease and Other Persistent Health Issues After Being Exposed to Paraquat in Buffalo, New York. 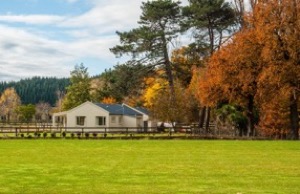 Many farmers, planters, certified applicators, and families living in agricultural areas have been repeatedly exposed to paraquat. Paraquat is a dangerous herbicide that is widely used on hundreds of crops, such as fruit, wheat, corn, alfalfa, and soybeans. According to the United States Environmental Protection Agency (EPA), paraquat is classified as a “restricted-use pesticide,” which means that it can only be applied commercially by trained, certified applicators. Even though the weed killer is not available for purchase or use by the general public, paraquat is still one of the most sprayed herbicides throughout the United States. Over the last ten years, the application of the chemical has increased by over 200%.

Unfortunately, victims who have been regularly exposed to paraquat have up to a 600% greater risk of developing Parkinson’s disease. It is no wonder why at least 32 countries around the world banned this toxic substance. However, the United States considerably lags in banning or phasing out the deadly weed killer. Subsequently, our seasoned lawyers have witnessed the inexcusable health consequences caused by paraquat exposure. If you, or someone you care about, have developed Parkinson’s disease caused by toxic exposure; you may not even know where to begin. No one should be forced to suffer the physical, emotional, or neurological damages caused by careless herbicide manufacturers. Even if the exposure was years ago, it is critical to talk with a highly experienced paraquat illness attorney about your options.

If you are looking for a lawyer to take your paraquat-related injury claim, your search is over. Jed Dietrich, Esq., a well-known member of the Premier Lawyers of America, has helped thousands of personal injury victims throughout Western New York by providing the best possible legal representation. With over two decades of practice, Jed Dietrich, Esq. possesses the knowledge and verified results to demand the compensation that his clients want and deserve. The Dietrich Law Firm P.C.’s compassionate team takes a lot of pride in obtaining the highest possible compensation. Our battle-tested personal injury attorneys never want our clients to have to worry about not having enough money to pay for their medical treatment. Insurance companies and corporate defense teams have paid over $175,000,000.00 in verdicts and settlements to compensate Jed Dietrich, Esq.’s clients, for their illnesses and other injuries. Please contact our elite squad now for your free, no-obligation consultation. We are available twenty-four-seven by calling 716-839-3939 or by filling out our online consultation form.

How Are Victims Exposed To Paraquat? 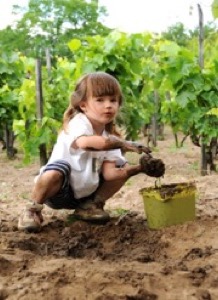 Since only trained and licensed applicators are supposed to handle paraquat, most victims who were exposed work in commercial agriculture or live close to no-till farms. Exposure to the pesticide can come from a variety of sources. Most paraquat poisonings happen in the following ways:

Most victims who have developed Parkinson’s disease were regularly exposed to traces of paraquat over the years. Regretfully, a majority of exposure victims were not even conscious of their exposure until it was already too late.

PLEASE CONTACT JED DIETRICH, ESQ. AND HIS BATTLE-TESTED AND HIGHLY EXPERIENCED TEAM OF BUFFALO, NEW YORK PARAQUAT ILLNESS INJURY ATTORNEYS AT 716-839-3939 NOW TO OBTAIN THE REPRESENTATION THAT YOU DESERVE!

Who Is Eligible To Pursue A Paraquat Injury Claim?

Paraquat has been marketed throughout the United States under numerous labels, such as Bonedry, Parazone, Blanco, Devour, and Firestorm. The herbicide was heavily sprayed around both Lake Erie and Lake Ontario. If you were unfortunate enough to develop Parkinson’s disease after contact with this toxic substance, you might be eligible for compensation. Below our veteran paraquat exposure attorneys have identified some potential claimants:

The Dietrich Law Firm P.C.’s sympathetic team of Buffalo, New York paraquat exposure attorneys understand the emotional and physical pain accompanying your deteriorating health condition. We realize that if you have been diagnosed with Parkinson’s after being exposed to toxins, your whole world may be turned upside-down. No one deserves to suffer because of irresponsible herbicide manufacturers. While all the money in the world cannot erase your pain and suffering, the compensation we obtain for you can provide financial stability for your whole family. Jed Dietrich, Esq.’s greatest reward is hearing his clients’ feedback about the quality of personal injury representation that the Dietrich Law Firm P.C. provided. Jed Dietrich, Esq. would be honored to discuss the particulars of your paraquat claim. Our veteran team is standing by 24 hours a day, 7 days a week, at 716-839-3939, or by completing the online consultation form. Contact our zealous legal team today to learn more about your legal rights.