In the Event of An Accident Resulting from Defective Aircraft Design, the Personal Injuries Lawyers at the Dietrich Law Firm P.C., Recognized as a Best Law Firm of America, Are Your Best Advocates. 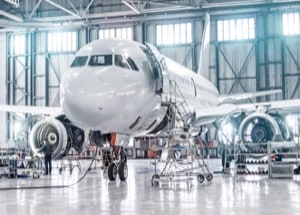 The Federal Aviation Administration, in charge of aircraft safety regulations across the United States, brought a $5.4 million fine against Boeing after defective airplane parts caused two catastrophic crashes. Over 170 people died as a result of the defective wing components. Loss of life as a result of an airplane crash is calamitous in any instance, but when the crash might have been averted, the loss becomes even more tragic.

If you believe you or a loved one have been the victim of an accident resulting from defective aircraft design in Buffalo, New York, Jed Dietrich, Esq. and his team of top lawyers are prepared to take action on your behalf. The Dietrich Law Firm P.C. has obtained over $175,000,000 in compensation for their clients. We are available twenty-four hours per day and seven days per week to answer your questions. Call us today at 716-839-3939 to receive your free consultation.

The Federal Aviation Administration (FAA) is in charge of monitoring the safety regulations and aviation practices of aircraft operators across the United States. They set the rules that aircraft operators are required to follow. If an aircraft operator or manufacturer fails to comply with those regulations or produces a product with defective parts, it is the FAA’s responsibility to bring a case against them, as was the case with Boeing’s faulty wing parts.

The FAA’s website has resources for manufacturers and maintenance teams to quickly and easily report any defective aircraft components they discover. Their Aviation Safety Reporting System contains studies and resources, as well as reporting forms. The FAA website also has a Safety Issues page with links to report various types of accidents, including malfunctions or defects, and a hotline with useful resources.

Jed Dietrich, Esq. knows the often-calamitous effects of personal injury. For over twenty years, he has represented dozens of clients in personal injury cases and is more than capable of representing you in your claim. Call us today at 716-839-3939 for a free consultation – you will not be charged until we secure a win!

1. Chalk’s Ocean Airways Flight 101: A crash resulted when the right wing came away from the body of the plane after maintenance failed to address preexisting cracks in the wing. This crash resulted in twenty deaths.

2. Continental Express Flight 2574: Negligence on the part of the maintenance and flight inspection teams led to a loss of stabilizers in-inflight. The plane crashed into a cornfield. It resulted in fourteen fatal injuries.

3. EI AI Flight 1862: A failure of the plane’s pylon resulted in next to no control of the airplane, and the unlikely possibility of a safe landing caused thirty-nine deaths.

In the first two examples, it was negligence on the part of the aircraft maintenance crew that led to the tragic crashes. Unfortunately for passengers, there is little that can be done to avoid boarding a defective aircraft, as the average traveler is unlikely to be aware of issues with the aircraft’s components. Instead, it is the maintenance crews, manufacturers, and the FAA employees who are responsible for ensuring the safety and continuing upkeep of aircraft.

With over twenty years of experience as a personal injury attorney in Buffalo, New York, Jed Dietrich, Esq. is someone in whom you can place your trust. He and his team of top lawyers will fight on your behalf to obtain satisfaction in your defective aircraft design case. If you are in need of representation, call our offices today at 716-839-3939, and we will answer any questions you might have.

A manufacturer “must report any failure, malfunction, or defect in any product or article manufactured by it” according to the official procedures set out by the Federal Aviation Administration. These defects can include, but are not limited to, the following:

When there is a defect in an aircraft, a report “must be made to the FAA within 24 hours after it has been determined that the failure, malfunction, or defect required to be reported has occurred.” Failure to do so places the responsibility of any crashes or accidents onto the parties responsible for filing a report. It is on those parties to ensure defective aircraft components are properly flagged and removed so as to safeguard the lives of pilots, passengers, and crewmembers.

DID YOU, OR A LOVED ONE, SUFFER INJURIES FROM A DEFECTIVE AIRCRAFT DESIGN ACCIDENT IN BUFFALO, NEW YORK?

CALL JED DIETRICH, ESQ. AND HIS TEAM OF QUALIFIED BUFFALO, NEW YORK DEFECTIVE AIRCRAFT DESIGN ACCIDENT ATTORNEYS AT 716-839-3939 NOW TO OBTAIN THE HELP THAT YOU NEED!