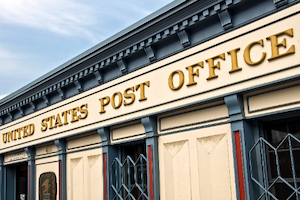 In just over six years, the U.S. Postal Service (USPS) paid out roughly $353 million to settle 15,580 accident-related claims throughout the United States. According to Streetsblog.org, postal service vehicles are involved in over 2,300 collisions per year. In most typical car accident claims, victims must deal with the responsible party’s insurance company. While USPS delivery drivers are commonly involved in the same kinds of car accidents as other motorists, unlike most other motorists, postal delivery drivers work for the U.S. federal government. As a result, victims of accidents involving USPS drivers must deal with the federal government.

Statistics regarding accidents involving USPS drivers are not always easy to find. A 2018 safety audit of USPS facilities in the Great Lakes Area found that supervisors failed to consistently adhere to both safety compliance and accident reporting requirements. Seeking compensation after being injured in a crash with a USPS truck is essentially like filing a claim directly against the federal government because government owned and operated vehicles are not insured. As complicated as a personal injury lawsuit can be against a private entity, filing a claim against the federal government is even more complex.

If you, or a loved one, were injured in an accident involving a USPS vehicle, Jed Dietrich, Esq. and his team of postal vehicle accident injury lawyers in Buffalo, New York are here for you. The Dietrich Law Firm P.C., which recently earned recognition from Expertise LLC as Best Car Accident Lawyers in Buffalo 2019, will battle to obtain the best possible result for those who have suffered a personal injury in Buffalo, New York; Rochester, New York; Niagara Falls, New York and throughout New York State. Victims of postal vehicle accidents may be eligible for monetary compensation for their hospital bills, medical expenses, pain and suffering, lost wages, diminished earning capacity and future losses through a claim against the responsible governmental body. However, you must act fact because there are strict time constraints applicable to cases involving a crash caused by a USPS vehicle.

Every day, Jed Dietrich, Esq. works hard to fulfill his mission of providing the highest level of personal injury service to the people of Buffalo, New York and beyond. Time and time again, former clients of the Dietrich Law Firm P.C. have said that Jed Dietrich, Esq. is the best personal injury lawyer in Buffalo, New York. The Dietrich Law Firm P.C.’s very experienced, aggressive, tenacious and hardworking team of Buffalo, New York postal vehicle accident attorneys will fight to obtain the best result for your injuries. Contact us today at 716-839-3939 to find out how we may be able to help you.

Can Victims Of USPS Accidents File A Lawsuit Against The Government?

While you may not be able to file a lawsuit against the U.S. Postal Service for being rude or having poor service, civil lawsuits may be brought for torts. Torts are wrongful acts that result in damage or injury. USPS tort claims can be brought for damage to property, personal injury claims or death suffered in accidents caused by negligent acts of employees acting within the scope of their employment. Thus, accidents caused by USPS vehicles may be considered torts.

Seeking compensation for injuries suffered because of an accident with a USPS vehicle is very different from seeking compensation from a private entity. If you, or a loved one, were injured in an accident with a U.S. Postal Service vehicle, you want an experienced Buffalo, New York USPS crash injury lawyer on your side to battle for the compensation that you deserve. Contact the Dietrich Law Firm P.C., recognized as a Best Law Firm of America, today at 716-839-3939 for the help that you need. Jed Dietrich, Esq. will fight for the compensation that you deserve for the injuries you suffered, which may include compensation for your medical bills, lost time from work and pain and suffering.

Collisions with USPS vehicles can vary greatly in severity from minor dings to serious head-on collisions resulting in fatalities. Common injuries that may occur in a USPS crash include:

WERE YOU INJURED IN AN ACCIDENT CAUSED BY A USPS VEHICLE IN BUFFALO, NIAGARA FALLS, ROCHESTER OR OTHER PARTS OF NEW YORK STATE?

Compensation For Your USPS Car Accident 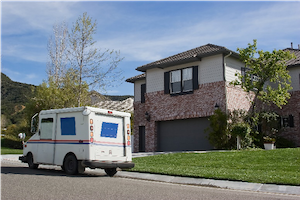 When pursuing a Federal Tort Claims Act (FTCA) action, you are required to file a claim against the USPS first. Your claim must include the facts of the accident as well as the exact amount of damages incurred. The Postal Service will then review your claim, which is known as an administrative claim. The USPS may be liable for any injuries resulting from a wrongful or negligent act by postal workers during the scope of their employment. To begin with, your tort claim will be processed at the district level. District managers have the authority to pay a maximum of $5,000 to resolve your tort claim locally. If your claim is unable to be settled by the district manager, but you demand less than $50,000, it will be handled by an Accounting & Control Specialist. Claims for any accidents with demands of $50,000 or greater are directed to the National Tort Center.

The USPS has 6 months to respond and may choose to admit your claim. A decision regarding compensation for your accident will be based on whether or not the USPS believes their driver was liable for the accident. After getting their response, if you are unhappy with it, you will then have 6 months to file a lawsuit in an attempt to seek compensation for the damages you have suffered. In the fiscal year of 2017, the USPS issued over 12,000 payments for tort claims totaling nearly $80 million.

After an accident with a USPS vehicle, YOU MUST ACT FAST to ensure that your rights are protected. Under the FTCA, because the case involves a government entity, there are much shorter time frames within which you must file a claim. Due to the complexity of pursuing a case against the federal government, it is crucial to hire an experienced personal injury lawyer. Contact Jed Dietrich, Esq. today!

Practicing law the Dietrich way, we are: determined, disciplined and dedicated to your cause. The postal vehicle accident injury lawyers in Buffalo, New York at the Dietrich Law Firm P.C. understand how to aggressively pursue postal vehicle accident injury claims. We will zealously fight to obtain the best possible result for your case if you were injured because of a USPS worker’s negligence. Contact Jed Dietrich, Esq. today at 716-839-3939 so that he can attempt to obtain the best result for your Buffalo, New York personal injury claim. The Dietrich Legal Team is available 24 hours per day and 7 days per week to assist you. Don’t delay—call today!