The Dietrich Law Firm P.C. is committed to helping the victims of catastrophic injuries resulting in paralysis pursue their legal claim for damages against people who are negligent in Buffalo, New York; Niagara Falls, New York; Rochester, New York and throughout New York State.

Led by top rated personal injury lawyer Jed Dietrich, Esq., a Best Lawyer of America, our legal team will work with medical experts, insurance companies, accident reconstruction engineers and other specialists to establish a robust case in an attempt to obtain the best result for those who have suffered paralysis or a spinal cord injury after a car accident in Buffalo, New York.

According to the National Spinal Cord Injury Statistical Center (NSCISC), there are more than 373,000 people who are currently living with a spinal cord injury in the United States. 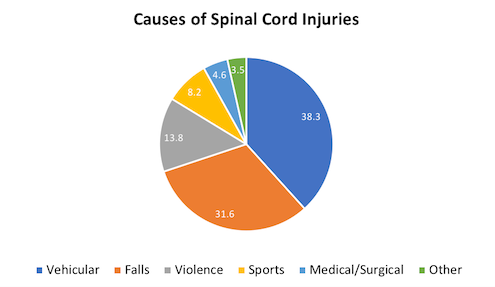 Nearly 37 percent of all new cases of spinal cord injury since 2010 occurred because of car crashes, making car crashes the primary cause of paralysis injuries in the United States.

How Does Paralysis Occur In Car, Truck And SUV Accidents In Buffalo, New York?

However, car drivers and others involved in a car accident are equally at risk of suffering from spinal injuries because of the extreme energy that occurs during such accidents. The legal team at the Dietrich Law Firm P.C., a Best Law Firm of America, has obtained over $175,000,000.00 in settlements and verdicts on behalf of people who suffered serious physical injuries.

Some of the common causes of paralysis injuries include:

In a high speed crash or an accident with a large truck like an eighteen wheeler, the victim’s body may be thrown into a moving or stationary object. Motorcycle riders are at a particularly high risk of suffering blunt force trauma to the spine when they are thrown off their motorcycle, or their vehicle is struck or caught between two objects.

Puncture wounds and lacerations from car accidents can cause heavy bleeding, posing a risk of permanent nerve damage or organ failure. If the injuries occur along the spinal column, one or more of the 62 nerves that perform the function of communicating the signals between the brain and the rest of the body to coordinate movements could be impacted.

Crushing Injuries to the Spine Accidents involving buses, trucks or other heavy vehicles may result in crushing injuries to the victim’s bone and tissue. In some cases, compression of the spine may cause ruptured nerves and broken vertebrae. High speed car crashes, motorbike accidents and vehicle rollovers may also result in crushing spinal injuries, particularly where the vehicle’s roof collapses or is crushed due to impact.
Injuries Because of a Deceleration Accident

Paralysis injuries typically happen because of spinal trauma, but in some cases, the victim may suffer from nerve damage and herniated discs after a deceleration collision. When the body is thrown forward and backward in rapid successive movement, injuries to the cervical and lumbar discs happen. This motion is similar to the snapping of a whip and if the whipping action is significant, the forces can sever the spinal nerves and break vertebrae.

Jed Dietrich, Esq. has deep knowledge of and experience in handling traumatic spinal cord injuries in Buffalo, New York and has an extensive track record of achieving large verdicts and settlements for his clients. The Dietrich Law Firm P.C., a Best Law Firm of America, has a team of Buffalo, New York paralysis accident injury lawyers who are recognized for their ability to pursue injury cases aggressively to their conclusion. The Dietrich Law Firm P.C. team fights to obtain the best result for the victims of a personal injury in Buffalo, New York; Rochester, New York; Niagara Falls, New York and throughout New York State. Contact us today at 716-839-3939 for your free consultation.

Types Of Paralysis Injuries And Estimated Cost Of Care

Victims of paralysis injuries, and their families, in Buffalo, New York and beyond, not only cope with the challenges of a modified lifestyle but also must pay for expensive medical treatment and assistive care.

DID YOU SUFFER A PARALYSIS INJURY BECAUSE OF SOMEONE ELSE’S NEGLIGENCE IN BUFFALO, NIAGARA FALLS, ROCHESTER OR OTHER PARTS OF NEW YORK STATE? CALL JED DIETRICH, ESQ. AND HIS TOP RATED AND HIGHLY EXPERIENCED TEAM AT 716-839-3939 NOW TO OBTAIN THE HELP THAT YOU NEED! 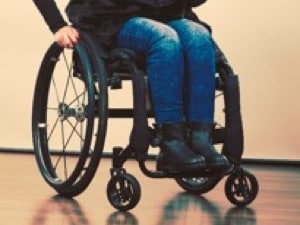 If the lower spine is injured, the victim may suffer from paraplegia. This condition involves loss of motor function in the lower limbs. Paraplegics are usually able to make use of their upper body, which means they can use a wheelchair for partial mobility.

Care for a paraplegia injury in the first year can cost upwards of a half of a million dollars in New York, with an additional ongoing annual expenditure of approximately $70,000 after the first year. For a victim who was 25 years old at the time of the accident, the lifetime cost of care may exceed $2.5 million.

Quadriplegia or tetraplegia is the paralysis of both the lower and upper body. Tetraplegia may occur in two different forms and the sensation and movement limitations can vary depending on the precise location of the spinal injury.

Low tetraplegia patients will have a limited motor function in their upper body, while those with high tetraplegia may have to depend on caregivers exclusively for the rest of their lives.

Costs of care for low tetraplegia may exceed $800,000 in the first year, while the cost will be above $1 million in case of high tetraplegia patients.

Someone who was injured at the age of 25 may have lifetime care costs ranging from $3.5 million to $5 million.

Considering the burden of extreme financial costs over a person’s lifetime, coupled with pain and suffering and lost wages, you want the best personal injury lawyer in Buffalo, New York to assist you. Jed Dietrich, Esq., a Best Lawyer of America and New York Super Lawyer, is a highly accomplished paralysis injury attorney in Buffalo, New York who is dedicated to battling insurance companies to obtain the best result for you.

Researchers have been working on stem cell therapies to promote the ability of one’s cells to regenerate. Neurons have a limited capacity to regenerate; therefore, researchers are evaluating how stem cells might be used to assist in treating paralysis and other spinal cord injuries.

While only a handful of major research studies have occurred in this area, the pre-clinical results show promising signs that stem cells may one day succeed in regenerating the growth of neurons and helping to restore movement and feeling in paralyzed areas.

WERE YOU PARALYZED IN AN ACCIDENT CAUSED BY SOMEONE ELSE’S NEGLIGENCE IN BUFFALO, NIAGARA FALLS, ROCHESTER OR OTHER PARTS OF NEW YORK STATE? CALL JED DIETRICH, ESQ. AND HIS TOP RATED AND HIGHLY EXPERIENCED TEAM AT 716-839-3939 NOW TO OBTAIN THE HELP THAT YOU NEED!