Jed Dietrich, Esq., a Member of the Million Dollar Advocates Forum and Premier Lawyers of America, and His Elite Team of Lawyers at the Dietrich Law Firm P.C. Fight to Obtain the Best Result for Skull Fracture Victims in Buffalo, New York. 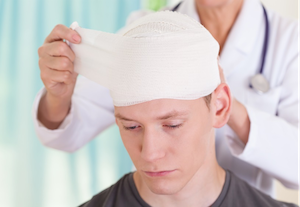 Each year, nearly 3,000,000 individuals in the United States receive medical treatment for traumatic brain injuries. That number includes 2,500,000 emergency room visits, nearly 300,000 hospitalizations, and 56,800 deaths as a result of injuries sustained to the head. Traumatic brain injuries are serious and life-threatening and often lead to long-term complications for both patients and their loved ones. A study published by the National Center for Biotechnology Information reported that skull fractures were a leading cause of fatalities in individuals under the age of 45. Over 80% of reported basal skull fractures occurred to those younger than 40. The skull is a complicated component of the human skeleton and can sustain fractures in multiple ways.

In the past twenty years, Jed Dietrich, Esq. has successfully represented many clients in serious personal injury cases in the Buffalo, New York area. Including, a $2,150,000 settlement for a woman who sustained head and back injuries after being struck by a door. Our top priority is ensuring that you receive the best possible outcome for your personal injury case. Call us now at (716) 839-3939 or visit us online to receive your free consultation. You will not be charged until we secure a win for you!

An Overview of the Skull

As with many parts of the human body, the skull is a remarkable structure. It is comprised of eight cranial bones and fourteen facial bones. The two bones that form the front and top of the skull are known as the roof of the skull, while the remaining six comprise its base. The bones of the skull’s base are what allow the head and jaw to move. The fourteen facial bones comprise the facial skeleton. These include the cheekbones, nose, eye sockets, and jaw, and the arrangement of these bones is what determines the unique physical appearance of every individual.

The skull begins to develop in a fetus’ first trimester, around the third or fourth week. It continues to grow until the age of seven, at which point it is almost fully formed. This post-birth growth occurs chiefly in the sutures on the skull, easily recognizable as the lines that run vertical and horizontal on the skull. The skull remains flexible throughout pregnancy and early childhood, and it is only after birth that the bones begin to harden through a process known as ossification. Ossification refers to the natural development of bone in the body and typically continues until an individual has reached their twenties.

With over twenty years of experience as a personal injury attorney in Buffalo, New York, Jed Dietrich, Esq. is someone in whom you can place your trust. He and his team of top rated lawyers will fight on your behalf to obtain satisfaction in head or brain injury case. If you are in need of representation, call our offices today at (716) 839-3939 or contact us online, and we will answer any questions you might have.

What is a Skull Fracture?

A skull fracture refers to an injury that cracks the cranial bones. A blow to the head can be sufficient to cause this type of injury, and it can sometimes cause damage to the brain in addition to the skull. A skull fracture can either be linear, meaning it occurs in a straight line or comminuted, broken into multiple sections. The skull can fracture in multiple ways, but there are four types that are the most commonly identified. These four types of skull fractures are:

DID YOU, OR A LOVED ONE, SUFFER IN AN ACCIDENT THAT RESULTED IN A SKULL FRACTURE IN BUFFALO, NEW YORK?

Symptoms and Causes of Skull Fractures 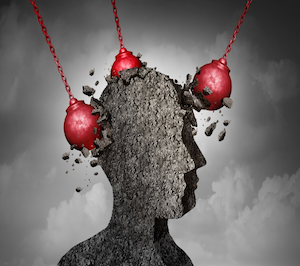 It is not always apparent when the skull has been fractured. In the case of a closed fracture, for example, the surface of the skin is not broken, and it can be difficult to diagnose an injury. The typical warnings signs of an injury are bruises on the face, particularly under the eyes, a tender spot on the head, nose bleeds, bleeding from the eyes, bleeding from the ears, and severe pain. In addition to these, there are other symptoms that are commonly associated with head injuries and may or may not be an indication of a skull fracture. These symptoms include headaches, sudden loss of coordination, confusion, fainting, vomiting, and problems with vision.

A skull fracture can result from any form of external trauma to the head. Motor vehicle collisions and slip and falls are two of the most common, as it is easy for the head and neck to be hurt by the force of a crash or a sudden fall. These types of accidents are often the grounds for personal injury lawsuits as individuals seek legal indemnification for the damages done to either themselves or to their loved ones. Other injuries that might lead to a skull fracture include injuries sustained while engaging in sports, such as football or wrestling, or as a result of physical abuse or assault.

Whatever the cause of a skull fracture, it is vital to immediately seek medical attention. Once a medical professional has evaluated the extent of the damage, then the best course of treatment can be determined. Some fractures will naturally heal on their own and require only pain medication. Others, particularly in the case of depressed or basal fractures, might require surgery to correct the damage.

Jed Dietrich, Esq. knows that the safety of you and your loved ones is a top priority. It is his mission to ensure that you receive proper representation in head or brain injury claims and that you obtain the highest compensation possible for your loss. The team of Buffalo, New York head and brain personal injury attorneys at offices of the Dietrich Law Firm P.C. are available twenty-four hours a day, seven days a week, and can be reached at (716) 839-3939 or online.