The Dietrich Law Firm P.C.’s Team of Dedicated Personal Injury Attorneys Will Work on Behalf of Clients Who Suffer the Effects of Tinnitus. 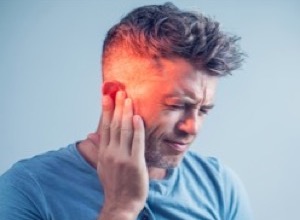 One in every five Americans suffers some form of hearing loss. Tinnitus, an impairment of the inner ear often characterized by ringing or buzzing, impacts the lives of roughly 10% of Americans today. According to the Hearing Health Foundation, the number of reported cases of hearing loss has been increasing in recent years, a cause they attribute to both the increasing age of the population of the United States and to the frequent exposure to loud noises from either work, personal listening devices, or exposure to percussive music.

Jed Dietrich, Esq., recognized as a New York Super Lawyer, is well acquainted with the often-calamitous effects of personal injury. He has represented countless clients over the years, attaining over $175,000,000 in successful wins for his personal injury clients. If you believe that you or a loved one have been injured in Buffalo, New York, do not hesitate to reach out to the Dietrich Law Firm P.C. at 716-839-3939 or by filling out the online consultation form.

Tinnitus manifests as a constant sound that appears to have no outside source. It can be a musical tone, humming, ringing, or other kinds of white noise. Tinnitus can occur in both ears or just one and might fade in and out of perception. Sometimes, cases of tinnitus are severe enough that they affect an individual’s ability to hear or focus on other sounds. There are currently two known types of tinnitus:

Regarded to be a Best Lawyer of America, Jed Dietrich, Esq. has accumulated decades’ worth of experience in personal injury law and is prepared to represent individuals who suffered a personal injury. Call today at 716-839-3939 or contact us online to begin the process – you will never be charged a fee until we secure you a win! 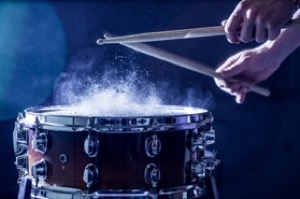 The cause of tinnitus has yet to be determined, but it is a common side effect of other ear-related health conditions. Inner ear infections, sinus infections, and severe head colds are among the medical conditions, which can lead to tinnitus. Age can play a factor as well, as the hearing loss that accompanies old age can sometimes cause tinnitus to develop. Sometimes, something as simple as the buildup of earwax can lead to tinnitus.

Medications have been known to cause tinnitus to develop in the ears or even worsen existing symptoms. These medications include certain antibiotics, cancer medications, some antidepressants, and even high doses of aspirin. Nicotine and caffeine have even been found to contribute to the development of tinnitus in the body. There are other causes of tinnitus related to blood vessel disorder and diseases. For a list of these, see the MAYO Clinic webpage on Tinnitus.

Musicians most frequently suffer from tinnitus, particularly those who play live or whose music contains heavy percussion. Concert attendees, concert workers, individuals who listen to music using headphones are at risk, as are those who work around loud industrial equipment or firearms, such as construction workers, police officers, or military personnel. Determined and disciplined, Jed Dietrich, Esq. believes that in a personal injury claim, the client’s needs should come first. At the Dietrich Law Firm P.C., our lawyers are highly educated and experienced, and your best resource when it comes to determining the steps to take in a personal injury case. We can be reached twenty-four hours a day and seven days a week at 716-839-3939 or by contacting us online, and we are always ready to assist you in the best possible way. 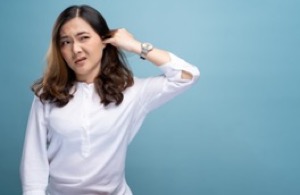 Most of the treatment methods for tinnitus are only coping methods. White noise can help to reduce the effects of tinnitus, particularly when trying to sleep or concentrate. Either a white noise machine or the inadvertent noise from fans or air conditioners can be sufficient. Hearing aids can help to punch through tinnitus as well and make outside sounds clearer for an individual, as can masking devices, which produce white noise at a level soft enough to cover the symptoms of tinnitus. If symptoms are severe enough, a doctor might prescribe medications to help reduce the effects.

Because the exact cause of tinnitus is unknown, it is very hard to know the best way to prevent tinnitus from developing in the body. If your job requires you to work around loud noises, wear ear protection. And, do your neighbors a favor, and turn down the volume on your phone, iPod, or in your car. If everyone you pass on the street can hear your music, it is likely harming your eardrums as well.

DID YOU, OR A LOVED ONE, SUFFER INJURIES FROM AN ACCIDENT THAT RESULTED IN TINNITUS IN BUFFALO, NEW YORK?