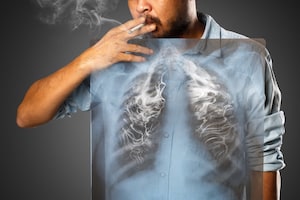 According to lung cancer statistics from the American Cancer Society:

For both men and women, lung cancer is the most common cancer after prostate cancer and breast cancer, respectively. In a single year, the American Cancer Society predicted there would be 228,000 new lung cancer cases and 135,000 lung cancer-related deaths. Lung cancer is one of the fastest spreading types of cancers and one of the deadliest if not caught early.

Jed Dietrich, Esq., recognized as a New York Super Lawyer, and his elite team of serious injury attorneys are adept at tackling personal injury cases on behalf of their clients. If you, or a loved one, were diagnosed with lung cancer in the Buffalo, New York area, contact the Dietrich Law Firm P.C. now at 716-839-3939 or contact us online for your free consultation.

The Lungs And Lung Cancer

In the human body, the lungs are the organs responsible for the intake of oxygen. After it is inhaled, the air is conveyed to the lungs via the windpipe. Once it reaches the bronchi, air eventually enters the alveoli, where it is filtered in and out of the blood. Oxygen enters the bloodstream, while carbon dioxide is exhaled back up the trachea and out of the nose and mouth. The cells of the bronchi and the alveoli are where lung cancer typically develops.

Small cell lung cancer is far less common than NSCLC, but it is also far more aggressive. Most cases of SCLC are discovered only after cancer has spread to other parts of the body, and as such, it is difficult to get rid of entirely. Jed Dietrich, Esq. knows the often calamitous effects of personal injury. For over twenty years, he has represented dozens of clients in personal injury cases and is more than capable of representing you in your lung cancer claim. Call us today at 716-839-3939 or contact us online to receive a free consultation – you will not be charged until we secure a win! 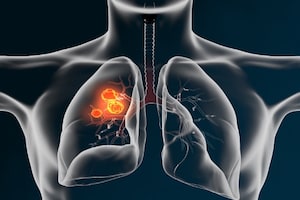 Lung cancer is most commonly associated with smoking or exposure to second-hand smoke. The main ingredient in cigarettes is tobacco, a compound of chemicals known as carcinogens. Carcinogens are what lead to the development of cancer in the body. Nicotine, formaldehyde, ammonia, and carbon monoxide are a few of the carcinogenic chemicals present in tobacco smoke.

Aside from smoking or inhaling second-hand smoke, individuals can be exposed to carcinogens from other sources as well. Asbestos is one of the most notorious and is often used in textile plants, factories, and mines. Radiation exposure, inhalation of diesel exhaust, and workplaces that expose workers to harmful chemical compounds can lead to instances of lung cancer. In these cases, individuals might be eligible to receive legal compensation for the damage done to their bodies.

If you believe that you or a loved one developed lung cancer as a result of exposure to chemicals in the workplace, reach out to the Dietrich Law Firm P.C. today. Our lawyers are highly educated and experienced and your best resource when it comes to determining the steps to take in a personal injury case. We can be reached twenty-four hours a day and seven days a week at 716-839-3939 or by contacting us online, and we are ready to assist you in the best possible way.

It can be difficult to detect when lung cancer has developed in the body. The symptoms associated with lung cancer typically do not appear until cancer has reached a later stage, and even then, they might be confused with other illnesses. A persistent cough, shortness of breath, fatigue, sudden weight loss, chest pains, and coughing up blood might be indications of lung cancer. Other symptoms can include jaundiced skin, swollen lymph nodes, headaches or numbness in the extremities, and back pain. If you are at all concerned that you might have lung cancer, immediately make an appointment with your doctor. It is far better to be certain that symptoms are not indications of lung cancer than to wait and risk the cancer spreading to other parts of the body.

As with all types of cancer, the best treatment option for lung cancer will depend on both the type of cancer – either non-small cell lung cancer or small cell lung cancer – and the stage of development. NSCLC is commonly treated with surgery to remove the cancerous tissue from the lungs. This surgery, known as a lobectomy, is often sufficient, and further treatment is usually not required. In more severe stages of NSCLC, or in cases where there is a likelihood that cancer will reoccur, chemotherapy and radiation may be used in an attempt to eradicate it. As with NSCLC, SCLC lung cancer is commonly treated using various combinations of surgery, chemotherapy, and radiation.

DID YOU, OR A LOVED ONE, SUFFER INJURIES THAT LED TO A CANCER DIAGNOSIS IN BUFFALO, NEW YORK?