Jed Dietrich, Esq. and His Elite Team of Lawyers and Paralegals at the Dietrich Law Firm P.C. Fight to Obtain the Best Result for People Suffering from Complex Regional Pain Syndrome in Buffalo, New York. 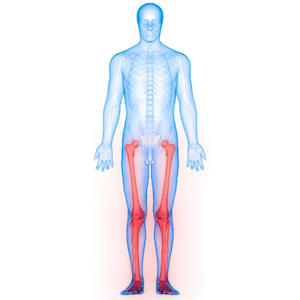 Complex Regional Pain Syndrome (CRPS), also known as Reflex Sympathetic Dystrophy (RSD), is an extremely rare medical condition that is characterized by intense, localized excruciating pain and/or burning. CRPS often results when a severe injury to the victim’s bone, muscle or nerve does not heal properly. Initially, the disorder impacts an infected arm or leg and can then travel to other regions of the body.

As a chronic pain disorder, CRPS can greatly interfere with victims’ daily activities or even the ability to accomplish common tasks. A person with CRPS can suffer debilitating pain, often causing them to miss work. Unfortunately, CRPS diagnoses are not easily confirmed through an objective test. The condition is extremely difficult for medical experts to treat and overcome, which may be frustrating for both victims and their doctors. In severe cases, CRPS victims may never recover and will suffer a long-term disability. We recognize that CRPS can result in significant pain and suffering. Between the costly hospital bills, lost wages and reduced ability to earn wages, the continuing consequences on those suffering from CRPS and their families can be demoralizing. The last thing victims suffering from CRPS need is to be bothered by legal issues.

Accident victims suffering from CRPS want the best personal injury lawyer in Buffalo, New York in their corner. Since 1999, Jed Dietrich, Esq., recognized as a Best Lawyer of America and New York Super Lawyer, has exclusively handled serious personal injury cases. Practicing law the Dietrich way, we are determined, disciplined and dedicated to obtaining the best possible result for your personal injury claim. At the Dietrich Law Firm P.C. our team understands how to properly and aggressively pursue CRPS injury claims. If you are suffering from CRPS as a result of injuries related to an accident, hire Jed Dietrich, Esq. and his team of highly experienced, aggressive, tenacious and hardworking Complex Regional Pain Syndrome lawyers in Buffalo, New York to represent you.

Insurance companies have paid Jed Dietrich, Esq. and his highly experienced, top rated and elite team of Buffalo, New York Complex Regional Pain Syndrome injury lawyers over $175,000,000.00 in verdicts and settlements to compensate his clients for their serious personal injuries. Call the Dietrich Law Firm P.C., recognized as a Best Law Firm of America, TODAY at 716-839-3939 for a free consultation if you are suffering from CRPS that resulted from an accident caused by someone else’s negligence. We are available 24 hours per day and 7 days per week, and there is never a fee unless we WIN for you!

Complex Regional Pain Syndrome can be caused by physical injuries, psychological trauma or even certain illnesses. More often than not, traumatic events such as car accidents or falls from a height are the root behind this condition. The traumatic event is believed to cause sensitivity and stimulate the nerves of the injured body part. The injured tissues raise sensitivity levels in adjoining nerves, which often causes hyper-excitability.

Typically, there are two different types of CRPS, including:

If you, or your loved one, are suffering from CRPS as a result of an accident in Buffalo, New York or elsewhere in New York State, contact Jed Dietrich, Esq. and his team of top rated and elite Buffalo, New York Complex Regional Pain Syndrome injury lawyers today at 716-839-3939. Jed Dietrich, Esq. is recognized as a Best Lawyer of America and his team is available 24 hours per day and 7 days per week to help you.

The symptoms of Complex Regional Pain Syndrome often vary in their duration and acuteness. In cases where CRPS arises following an injury, the pain experienced may seem excessive when compared to the severity of the injury. Even with injuries involving a mere finger or toe, the pain can rapidly spread to the whole arm or leg. There are even instances where the pain moves to the opposite extremity. Additionally, the symptoms of CRPS may be intensified by emotional stress.

Symptoms of CRPS often include:

If you are suffering from Complex Regional Pain Syndrome caused by an accident that was not your fault, contact the Dietrich Law Firm P.C., recognized as a Best Law Firm of America, today at 716-839-3939. Our team of aggressive, tenacious and hardworking Complex Regional Pain Syndrome attorneys in Buffalo, New York will fight for the compensation that you deserve for the injuries you suffered. 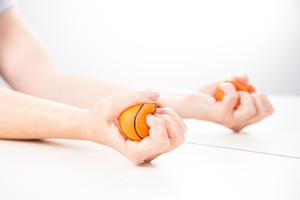 Both early diagnosis and treatment of Complex Regional Pain Syndrome are vital in preventing additional disability, debilitation and progression of symptoms. Regretfully, no specific diagnostic tests are available for CRPS and an early diagnosis when symptoms are less severe can be troublesome.

CRPS is a neurological disorder, as such there is no simple cure. Treatment generally involves multiple approaches such as:

Psychological treatment and support are often used in combination with the above.

If you, or a loved one, are suffering from CRPS caused by injuries related to an accident, contact Jed Dietrich, Esq. and his aggressive, tenacious and hardworking team of lawyers and paralegals at the Dietrich Law Firm P.C. today at 716-839-3939. We are available 24 hours per day and 7 days per week, and there is never a fee unless we WIN for you! Jed Dietrich, Esq. and his team of highly experienced Buffalo, New York Complex Regional Pain Syndrome injury lawyers will battle to obtain the best result for you if you were injured by someone else’s negligence.

Compensation For Victims Suffering From CRPS

Our highly experienced, aggressive, tenacious and hardworking team will thoroughly investigate your claim to work to gather evidence to prove that:

The Dietrich Law Firm P.C. team possesses the knowledge and experience necessary to meticulously investigate your CRPS claim and ensure that you are in a position to obtain the highest possible recovery for your injuries. The uncertainty associated with verifying CRPS makes calculating damages in these types of cases an extremely complex task. Jed Dietrich, Esq. has access to world-renowned economic and medical experts who can help prove your injuries and your resulting losses.

With the help of aggressive, tenacious and hardworking Buffalo, New York personal injury lawyer Jed Dietrich, Esq., victims suffering from CRPS caused by someone else’s negligence may be entitled to monetary compensation for their injuries, which may include:

ARE YOU, OR A LOVED ONE, SUFFERING FROM COMPLEX REGIONAL PAIN SYNDROME THAT RESULTED FROM AN ACCIDENT IN BUFFALO, NIAGARA FALLS, ROCHESTER OR OTHER PARTS OF NEW YORK STATE?

CALL JED DIETRICH, ESQ. AND HIS TOP RATED AND HIGHLY EXPERIENCED TEAM OF BUFFALO, NEW YORK CRPS LAWYERS AT 716-839-3939 NOW TO OBTAIN THE HELP THAT YOU NEED!