Contact Jed Dietrich, Esq. to Find Out if You Are Eligible For Compensation After an Accident That Was Caused by an Elderly Driver in Buffalo, New York; Niagara Falls, New York; Rochester, New York or Throughout New York State. 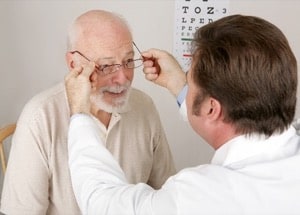 Aging is a part of life. Just because a person is aging does not automatically mean that we should take their license away or prevent them from being able to freely go from place to place without having to rely on others. However, as we age our vision, decision-making skills and reaction time begin to diminish, which can make it very difficult to safely operate a car. Despite these changes, many older drivers remain licensed.

According to the American Automobile Association, by the year 2030, 70 million Americans will be over age 65 and between 85 to 90% of them will be licensed to drive. It is anticipated that with the substantial increase of elderly drivers on the road, there will be a corresponding increase in the number of car accidents involving elderly individuals.

While many states have implemented stricter licensing criteria for older drivers, New York does not. The U.S. Department of Transportation reports that from 2008 to 2017, 26% more people were killed in crashes involving older drivers; from 5,825 in 2008, to 7,359 in 2017. Unfortunately, this steady increase can be expected to grow as the number of elderly drivers continues to grow.

If you, or a loved one, were injured in an accident caused by an elderly driver’s conduct on the road, contact the Buffalo, New York elderly driver car accident lawyers at the Dietrich Law Firm P.C. today at 716-839-3939 for your free consultation. We will guide you throughout the process and help you get the justice you deserve. Jed Dietrich, Esq. is recognized as a New York Super Lawyer and is dedicated to fighting for the best result possible for his clients after a personal injury accident in Buffalo, New York. Over the last two decades, he has successfully represented a large number of car accident victims and has recovered more than $175 Million in damages on their behalf. Contact the Dietrich Law Firm P.C.’s team of elderly driver car accident lawyers in Buffalo, New York today for the help you need. We are available 24 hours per day and 7 days per week, and there is never a fee unless we WIN for you!

Countless circumstances lead to car accidents. It is well known that factors like weather, road conditions and mechanical defects can all lead to motor vehicle accidents. However, there are also a number of physical conditions and cognitive restraints that can contribute to accidents, particularly as a person ages. These include:

One of these factors alone, or combined with others, can make operating a car very difficult for an elderly individual. Unfortunately, some people do not realize that their physical or cognitive impairments hinder their ability to drive safely until it is too late. Jed Dietrich, Esq., recognized as a Best Lawyer of America, and his team of Buffalo, New York elderly driver car accident lawyers can pursue your personal injury claim aggressively and fight to make sure you are compensated for the injuries that you sustained if you were involved in an accident caused by an elderly driver. Contact the Dietrich Law Firm P.C. today at 716-839-3939.

WERE YOU INJURED BY AN ELDERLY DRIVER’S NEGLIGENCE IN BUFFALO, NIAGARA FALLS, ROCHESTER OR OTHER PARTS OF NEW YORK STATE?

CALL JED DIETRICH, ESQ. AND HIS AGGRESSIVE, TENACIOUS AND HARDWORKING TEAM OF PERSONAL INJURY LAWYERS IN BUFFALO, NEW YORK AT 716-839-3939 TODAY TO OBTAIN THE HELP THAT YOU NEED! 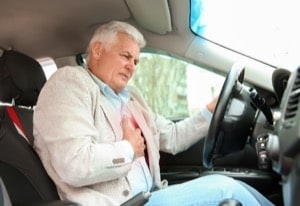 Many of the accident-causing factors that are specific to elderly car accidents have to do with medical conditions. That is not to say that all elderly drivers have, or will have, illnesses that impact their ability to drive safely. However, the fact that many illnesses are linked to age cannot be ignored either. In some cases, it is not even the illness itself that causes a problem, but rather the medication to treat the illness and the side effects it has.

The following is a list of some of the illnesses that we become more susceptible to as we age that can impact our abilities behind the wheel:

These medical conditions, and the medications that are often linked to them, could put not only the elderly driver at risk of harm on the road, but also other drivers, motorcyclists, bicyclists and pedestrians. All drivers should always read the warning labels on their medications or talk to their pharmacist or physician to determine if they are able to safely drive while on a medication. Failure to do so could result in a collision and serious physical injuries.

If you were injured by an elderly driver on the road in Buffalo, New York; Rochester, New York; Niagara Falls, New York or throughout New York State, contact New York Super Lawyer Jed Dietrich, Esq. for the help that you need. The Dietrich Law Firm P.C.’s team of elderly driver car accident lawyers in Buffalo, New York are here to help. Contact us 24 hours per day and 7 days per week at 716-839-3939 for the help that you need.

IF YOU, OR A LOVED ONE, WERE INJURED IN AN ACCIDENT CAUSED BY AN ELDERLY DRIVER, CALL OUR TEAM OF BUFFALO, NEW YORK CAR ACCIDENT ATTORNEYS TODAY AT 716-839-3939.