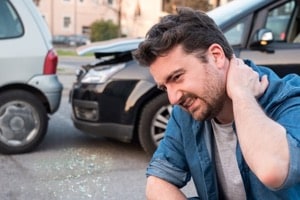 Negligence in one form or another is responsible for almost all car accidents. Victims commonly rely on the legal theory of negligence to establish a defendant’s fault in personal injury lawsuits. When someone drives negligently, it means that he or she drove in a careless or neglectful manner that caused injury or damages to another person. Drivers can be negligent for doing something that they should not have done, such as speeding or eating behind the wheel. Additionally, drivers can be negligent for failing to do something that they should have done, such as not stopping at a red light or driving at night without turning on their headlights.

All drivers are required to use a certain amount of care and caution to avoid unnecessary accidents and resulting injuries to their passengers, other motorists and pedestrians. If you, or a loved one, were injured in a car accident involving negligence, Jed Dietrich, Esq. and his team of negligence car accident lawyers in Buffalo, New York are here for you. We are determined, disciplined and dedicated to obtaining the best possible results for those suffering personal injuries throughout New York State. Victims of car accidents may be eligible for monetary compensation for their medical treatment and rehabilitation therapy, lost wages and other damages through a personal injury lawsuit.

Since 1999, Jed Dietrich, Esq., recognized as an Elite Lawyer of America and a member of the Multi-Million Dollar Advocates Forum, has battled to obtain over $175 Million in verdicts and settlements for people who were seriously injured in Buffalo, New York and beyond. The Dietrich Law Firm P.C.’s team of highly experienced and top rated Buffalo, New York negligence car crash injury attorneys will strive to obtain the best result possible for victims of car accidents. We are committed to working hard to attempt to exceed your expectations and deliver you an excellent outcome—setting us apart from the competition. Call us today at 716-839-3939 to find out how we can help you!

In a car accident lawsuit, in order to prove negligence, the injured victims must show the following four elements:

If you were injured in a car accident caused by someone else’s negligence, call highly experienced, aggressive, tenacious and hardworking negligence car accident lawyer in Buffalo, New York, Jed Dietrich, Esq., for the help that you need! The Dietrich Law Firm P.C., recognized as a Best Law Firm of America, is available 24 hours per day and 7 days per week at 716-839-3939. Call us today! 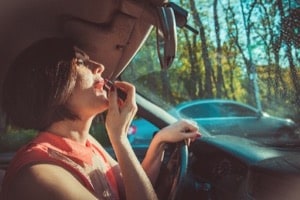 When drivers fail to use reasonable care to avoid injuring others on the road, they may be found negligent. Below are common examples of negligent driving that often lead to accidents:

As mentioned above, drivers can also be found negligent for failing to act when they should have done so, which may include:

If you, or a loved one, suffered a serious injury in a car accident caused by someone else’s negligence, contact Jed Dietrich, Esq. and his top rated team of Buffalo, New York negligence car and truck accident injury lawyers at the Dietrich Law Firm P.C. for a free consultation. Our team is available 24 hours per day and 7 days per week at 716-839-3939, or by filling out the online consultation form.

There are certain cases where other types of legal responsibilities can help establish negligence in car accidents, which can include:

If you, or a loved one, were injured in a car accident contact the Dietrich Law Firm P.C., recognized as a Best Law Firm of America, today at 716-839-3939. Our team of highly experienced and top rated negligence car accident lawyers in Buffalo, New York will fight for the compensation that you deserve for the injuries that you suffered.

In New York State, the legal theory of comparative negligence may impact the amount of compensation the victim can recover if he or she was partly responsible for causing their own injuries. Comparative negligence means that the victim’s own negligence was a contributing factor in his or her accident or injuries. According to the New York Civil Practice Law and Rules 1411, when the plaintiff or decedent’s conduct contributed to their injuries, the amount of their damages will be diminished by their proportion of fault.

For example, perhaps a driver runs a red light and crashes into another car. The driver of the other car was injured in the accident, but he was not wearing his seat belt. The injured driver could be considered comparatively negligent and be partially responsible for his own injuries because he failed to wear his seat belt. As such, if the jury concludes that the driver’s failure to wear a seatbelt qualified as negligence, and that the negligence contributed to his injuries, any compensation that he receives would be lessened by the percentage equal to his share of the fault.

The Dietrich Law Firm P.C. wants to ensure that you get the compensation that you deserve for your economic and non-economic damages, such as lost wages, hospital bills, diminished earning potential, rehabilitation costs, disfigurement, pain and suffering, loss of consortium and post-traumatic stress disorder. Moreover, if you lost a family member in a car accident, you may be eligible to file a wrongful death claim to help alleviate the economic burdens connected with a loved one’s loss and provide you with comfort knowing that the negligent party was held accountable. Call our team of Buffalo, New York car accident attorneys at 716-839-3939 to find out if you may be eligible for compensation after a car crash caused by someone else’s negligence.

WERE YOU, OR A LOVED ONE, INJURED AS A RESULT OF A CAR ACCIDENT CAUSED BY SOMEONE ELSE'S NEGLIGENCE IN BUFFALO, NIAGARA FALLS, ROCHESTER OR OTHER PARKS OF NEW YORK STATE?

CALL JED DIETRICH, ESQ. AND HIS TEAM OF BUFFALO, NEW YORK CAR ACCIDENT LAWYERS AT 716-839-3939 NOW TO OBTAIN THE HELP THAT YOU NEED!