38 TIMES INSURANCE COMPANIES HAVE PAID JED DIETRICH, ESQ. $1 MILLION DOLLARS OR MORE
Home
Cases of Note
$2,750,000 Settlement for a 36-Year-Old Woman Injured by a Collision With a Dump Truck 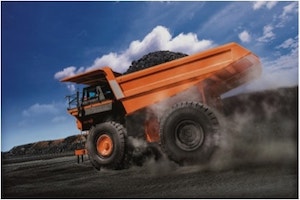 On June 17, 2002, Virginia Herrick was driving on Lake Avenue in Lockport near Slayton Settlement Road when her car was struck head-on by a dump truck that crossed the center line.

As a result of the collision, Ms. Herrick suffered a right wrist fracture   and a cervical disc herniation. To repair the injury to her right wrist, Ms. Herrick underwent an open reduction and internal fixation. An open reduction and internal fixation is an operation used to repair severely broken bones that involves the surgical implantation of hardware such as metal plates, pins, rods and screws to realign the bone. To alleviate her neck pain, Ms. Herrick also required two spinal fusion surgeries, approximately one year apart, as a result of the collision. A spinal fusion surgery is a means of permanently connecting two or more of the spine’s vertebrae in order to eliminate the motion between them.

It was argued that the driver of the dump truck, Mr. Roggow, was forced to enter Ms. Herrick’s lane of travel due to the negligence of a tanker truck, driven by Robert Burtwell, entering Mr. Roggow’s lane of travel. Mr. Burtwell claimed that his tanker truck never contacted either of the involved vehicles and that he was not responsible for the collision. However, Jed Dietrich, Esq. successfully argued that both of the defendants in this case were negligent in their operation of their vehicles and should be held liable for the injuries sustained by Ms. Herrick.

In support of Ms. Herrick’s claim for her injuries, Jed Dietrich, Esq. also acquired an expert orthopedist who opined that Ms. Herrick, a registered nurse, suffered a 20% loss of range of motion in her wrist on her dominant hand as a result of this collision. Click here to learn more about the types of expert witnesses that are commonly used in personal injury claims and the value they can add to your case.

In order to reach a settlement, Jed Dietrich, Esq. and the defense attorneys agreed to participate in a mediation. The session, mediated by Martin Violante, was an opportunity for both parties to discuss the strengths and weaknesses of their claims and come to a mutually agreeable settlement. Despite the arguments made by the defense that Ms. Herrick made a good recovery and was able to return to work, Jed Dietrich, Esq. was able to successfully obtain a settlement for Ms. Herrick in the amount of $2,750,000 from the owners and drivers of the dump truck and the tanker truck for her injuries as well as her pain and suffering as a result of the June 17, 2002 collision.

WERE YOU, OR A LOVED ONE, INJURED AS A RESULT OF A HEAD-ON COLLISION IN BUFFALO, NIAGARA FALLS, ROCHESTER, ALBANY OR OTHER PARTS OF NEW YORK STATE?