Jed Dietrich, Esq., Recognized as a Best Lawyer of America and New York Super Lawyer, and His Team of Aggressive, Tenacious, and Hardworking Lawyers at the Dietrich Law Firm P.C. Fight to Obtain the Best Result for Victims of Failure to Yield Motorcycle Accidents in Buffalo, New York; Niagara Falls, New York; Rochester, New York; Throughout New York State and Beyond. 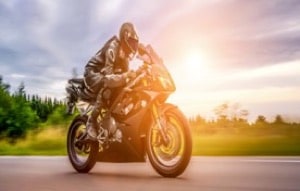 Motorcycles are among the most dangerous vehicles to operate on the roads and highways of Western New York. Riders are much harder to notice than other larger vehicles. Even when other motorists see a motorcyclist, they may still misjudge its distance and speed. Drivers of other vehicles are required to obey the same right-of-way rules as bikers. However, other motorists regularly fail to recognize or follow these rights and routinely violate bikers’ rights-of-way. Approximately two-thirds of all accidents involving motorcycles result from other vehicles encroaching on a motorcyclist’s right-of-way. Sadly, bikers are almost always the injured party in failure to yield motorcycle crashes. Motorcyclists can suffer serious injuries, such as total paralysis, internal organ damage, brain damage, and even death.

One of the most common causes of motorcycle crashes throughout the country is other motorists’ failure to yield. When this failure to yield results in an accident, the biker may be able to bring a negligence per se claim against the responsible motorist. Failure to yield is not only reckless but is also a violation of the New York State Vehicle and Traffic Law. Motorcycle collisions caused by a driver’s failure to yield can result in tragic losses for the biker and, ultimately, his or her loved ones. Regardless of how a right-of-way accident transpires, motorcyclists are generally struck from the side. The sheer impact can catapult a biker from their motorcycle or crush them against another car. Since motorcycles afford riders with very few protections, the damages can be devastating. If you, or a loved one, suffered injuries in a motorcycle accident due to another’s failure to yield, you may have a legal right to compensation.

The Dietrich Law Firm P.C.’s top rated and elite team of Buffalo, New York failure to yield motorcycle accident lawyers, is here to assist you in rebuilding everything you have lost by asserting your legal rights. Distinguished as a Best Law Firm of America and honored with a Better Business Bureau A+ Rating, our outstanding law firm will fight to obtain the best result for your injuries and resulting damages. Insurance companies have paid Jed Dietrich, Esq. $1,000,000.00 or more 38 times to compensate his clients for their injuries. Our highly qualified team is available for your free consultation 24 hours per day and 7 days per week by calling 716-839-3939 or by filling out the online consultation form. Contact us today so that we can help you! 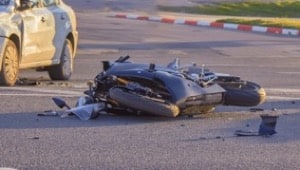 WERE YOU, OR A LOVED ONE, SERIOUSLY INJURED DUE TO A FAILURE TO YIELD MOTORCYCLE ACCIDENT IN BUFFALO, NIAGARA FALLS, ROCHESTER OR OTHER PARTS OF NEW YORK STATE?

CALL JED DIETRICH, ESQ. AND HIS TOP RATED AND HIGHLY EXPERIENCED TEAM OF BUFFALO, NEW YORK MOTORCYCLE ACCIDENT INJURY LAWYERS AT 716-839-3939NOW TO OBTAIN THE HELP THAT YOU DESERVE!

Proving Liability In Your Failure To Yield Motorcycle Crash

Failure to yield the right of way has been cited as the primary cause of nearly 18% percent of all motorcycle accidents in New York State. Generally, the at-fault driver in the crash is a car, truck, or bus driver that infringed on the biker’s right of way. The New York State Driver’s Manual cautions motorists to always watch out for motorcyclists, especially while turning and driving through intersections. Victims of failure to yield motorcycle collisions resulting from someone else’s negligence may be entitled to monetary compensation for their injuries. Our highly experienced, aggressive, tenacious, and hardworking team will meticulously investigate your claim to gather evidence to prove that the other party was responsible for your accident. The Dietrich Law Firm P.C. will establish liability for your injuries by proving the following legal elements: 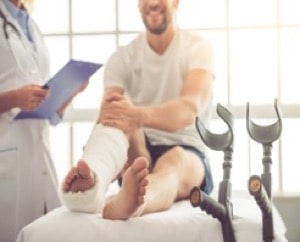 If you, or a loved one, have suffered from harm caused by a failure to yield motorcycle collision, you should contact Jed Dietrich, Esq., acclaimed as an American Institute of Personal Injury Attorneys 10 Best Attorneys, and his top rated team of Buffalo, New York motorcycle accident attorneys at the Dietrich Law Firm P.C. to learn more about your legal rights. You may have the right to seek monetary compensation for your past and future medical bills, lost wages from work, pain and suffering, and reduced earning capacity. Insurance companies have paid Jed Dietrich, Esq. over $175,000,000.00 in verdicts and settlements to compensate his clients for their serious personal injuries. Our honorable commitment to exceeding your expectations and delivering an excellent outcome sets us apart from the competition. Contact us today at 716-839-3939 to find out more about how we can help you!