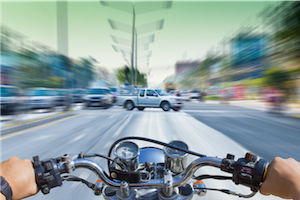 Left turn accidents are one of the most frequently occurring types of motorcycle crashes. Approximately 42% of all motorcycle crashes involve other drivers turning left in front of oncoming traffic. Left turn collisions can be particularly treacherous for motorcyclists because they are considerably more vulnerable to injury due to their lack of physical protection. Even cars that merely swerve into the path of an unsuspecting motorcyclist can cause riders devastating injuries. Left turn accidents can cause motorcyclists to suffer catastrophic injuries such as traumatic brain injuries, skull fractures, spinal cord injuries, broken bones, disfigurement or even death.

According to the National Highway Traffic Safety Association (NHTSA), 36% of fatal motorcycle accidents involve left turn crashes. Even the most cautious motorcyclists face the risk of a crash, especially when going unnoticed or being disregarded by other motorists. Drivers should always yield to oncoming motorcyclists when turning left, but, unfortunately, the lives of many bikers are turned upside-down every year because drivers fail to do so.

Jed Dietrich, Esq., recognized as a Best Lawyer of America and New York Super Lawyer, and his team of left turn motorcycle accident lawyers in Buffalo, New York have successfully battled to obtain over $175 Million in verdicts and settlements for people who were seriously injured in Buffalo, New York and beyond. Our team possesses the knowledge and skill necessary to diligently investigate your motorcycle accident to make certain that you are in a position to obtain the highest possible recovery for your injuries. For instance, Jed Dietrich, Esq. fought to obtain a $750,000 settlement for a 52-year-old motorcyclist after a vehicle failed to yield the right-of-way and crashed into him. If you were injured on a motorcycle because someone wrongfully made a left turn in front of you, call us today at 716-839-3939 to find out how we can help you!

Left turn accidents commonly center around the other driver’s negligence and occur for various reasons including:

If you were injured in a left turn motorcycle accident caused by someone else’s negligence, call highly experienced, aggressive, tenacious and hardworking Buffalo, New York left turn motorcycle accident injury lawyer, Jed Dietrich, Esq., for the help that you need! The Dietrich Law Firm P.C., recognized as a Best Law Firm of America, is available 24 hours per day and 7 days per week at 716-839-3939. Call us today! 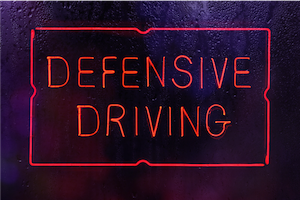 Motorcyclists may be able to avoid some left turn collisions by riding defensively and taking extra measures to protect themselves. Some practices that motorcyclists can follow to lessen their chances of being the victim of a left turn accident include:

WERE YOU INJURED IN A LEFT TURN MOTORCYCLE ACCIDENT CAUSED BY A NEGLIGENT DRIVER IN BUFFALO, NIAGARA FALLS, ROCHESTER OR OTHER PARTS OF NEW YORK STATE?

The majority of left turn accidents happen because other drivers attempting to turn fail to notice oncoming motorcyclists or miscalculate their distance or speed. However, just because a driver fails to see a rider, or misjudges how far away the motorcyclist is, does not mean that they are released from liability for the accident. Most motorcycle crashes involving other vehicles making left turns entail the other driver's carelessness, negligence or recklessness.

All drivers owe other motorists a duty of reasonable care in order to avoid injuring others. As such, it is the legal duty of every driver to ensure that lanes of oncoming traffic are safe before turning. Under New York law, failing to yield right-of-way when making a left turn into oncoming traffic is regarded as negligence per se, because it violates New York Vehicle and Traffic Law § 1141. Thus, there is a good chance that the driver making the left turn in front of a motorcyclist will be considered at fault for any resulting accidents.

While motorcyclists are not eligible for benefits under New York’s No-fault Law, they are not required to meet the threshold for serious injuries under the law. Because motorcyclists are not covered by New York State’s No-Fault insurance statutes, they are responsible for their own hospital bills and other medical expenses. Injured motorcyclists can seek compensation from negligent drivers for damages such as medical costs, rehabilitation, lost wages, property damage, pain and suffering, permanent disfigurement and emotional distress. In the tragic event that you lost a family member in a left turn motorcycle accident, you may have the right to file a wrongful death claim. A wrongful death claim can help to provide financial support to surviving family members and offer a sense of closure after the loss of a loved one.