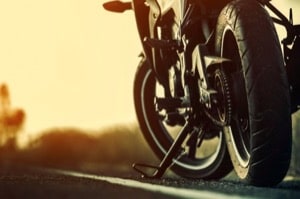 Even at relatively low speeds, a rear-end accident between a passenger vehicle and a motorcycle can be much more serious than one involving two vehicles. When a rear-end collision with two passenger vehicles occurs at a low speed, the impact and damage caused is typically minimal. However, in cases where a motorcycle is rear-ended by another vehicle, even a low speed, the consequences can involve permanent disabilities, broken bones, severe head injuries, traumatic brain injury or even death. The key distinction between getting into a crash in a car, as opposed to on a motorcycle, is that motorcyclists are much more exposed than other motor vehicle drivers.

A motorcyclist that is seriously injured because of someone else’s fault can end up in a tough situation physically, emotionally and financially. Victims may be forced to spend countless hours at the hospital or at follow-up doctor’s appointments, instead of being able to work. Expensive medical bills may keep adding up, especially after the victim’s paychecks have stopped coming in. For some victims, pursuing a personal injury claim against the driver that was responsible for the accident is the only way to begin to recover.

The Dietrich Law Firm P.C.’s team of rear-end motorcycle accident lawyers in Buffalo, New York is highly experienced, aggressive, tenacious and hardworking. Every day, Jed Dietrich, Esq. is determined, disciplined and dedicated to obtaining the best possible results for injured motorcycle riders. Our Best Law Firm of America will fight to obtain the best result for your serious motorcycle accident injury. Insurance companies have paid Jed Dietrich, Esq. over $175,000,000.00 in verdicts and settlements to compensate his clients for their serious personal injuries. Contact us today at 716-839-3939 for your free consultation. We are available 24 hours per day and 7 days per week, and there is never a fee unless we WIN for you!

Although the potential for motorcycle crashes may exist because of hazards and situations happening in front of a motorcyclist, he or she should never disregard the serious vulnerabilities that can exist from behind. A motorcycle’s considerably lean profile and absence of bright brake lights make it less noticeable from behind than from other viewpoints. This makes rear-end motorcycle accidents a continuous likelihood. Research conducted by the National Highway Safety Transportation Administration shows that over 25% of motorcycle accidents are caused by rear-end collisions that take place while a motorcyclist is in traffic.

A primary cause of rear-end motorcycle accidents is when a vehicle follows a motorcycle too closely. Even the largest Harley-Davidson barely weighs 900 pounds, while the smallest cars can weight over 3,000 pounds. Given the huge difference in weight, a motorcycle is going to require much less space to reach a complete stop. Thus, when a car is behind a motorcycle, the driver or the car should allow additional interval space in the case that the motorcyclist unexpectedly brakes . Many motorists fail to realize this and follow the motorcycle even closer than they would if it was another car.

There are many times when drivers rear-end motorcyclists that are stopped because they failed to see the bike until after it was too late. As a result, an injured motorcyclist may be eligible to recover compensation if the other driver rear-ended his or her bike and caused injury.

If you, or a loved one, were injured in a Buffalo, New York motorcycle accident, contact the Dietrich Law Firm P.C., a Best Law Firm of America, today at 716-839-3939. Our team of highly experienced and top rated rear-end motorcycle accident injury lawyers in Buffalo, New York will fight for the compensation that you deserve for the injuries that you suffered. This may include monetary compensation for your medical bills, lost time from work and pain and suffering.

It does not take much force for a motorcyclist to be thrown over the bike’s handlebars and onto the road or other objects after a rear-end motorcycle collision. If the motorcyclist is propelled into the opposing traffic lane, he or she is in great danger of being hit by an approaching vehicle. A motorcyclist that is thrown from their bike may also endure multiple points of impact, and have very little protection to their body. Even a motorcyclist who wears a helmet is at risk of great injury, as helmets can easily crack or be badly damaged upon impact.

When the crash occurs at a high speed, it could result in the vehicle completely running the rider over. Alternatively, in cases where the rider crashes into a car in front of them, they could be tossed into the back of the car.

In all of these scenarios, one must consider where the motorcycle will land as well. Further injuries are likely to result if the motorcycle falls on top of the rider.

In an accident involving a motorcycle and a car, it is the motorcyclist who usually suffers the most severe injuries. This is primarily due to the size differences and the additional protection a car affords its driver. Some injuries commonly suffered by riders in rear-end crashes include:

The injuries that a motorcyclist may suffer after an accident can be life-changing and leave the rider suffering from permanent disfigurement or disabilities. Every injury above necessitates emergency medical care and many require additional treatment such as surgery, specialized treatment or rehabilitative physical therapy to recover from.

If you were injured in a rear-end motorcycle accident in Buffalo, New York; Rochester, New York; Niagara Falls, New York or throughout New York State, you want the best Buffalo, New York personal injury lawyer to handle your claim. Jed Dietrich, Esq. is a Best Lawyer of America and New York Super Lawyer who is dedicated to providing the highest level of personal injury service to the people of Western New York . The Dietrich Law Firm P.C. will treat you with respect and compassion, and we are here to help you through this difficult time. Contact us today.

WERE YOU, OR A LOVED ONE, INJURED IN A REAR-END MOTORCYCLE ACCIDENT IN BUFFALO, NIAGARA FALLS, ROCHESTER OR OTHER PARTS OF NEW YORK STATE?

CALL JED DIETRICH, ESQ. AND HIS TOP RATED AND HIGHLY EXPERIENCED TEAM OF BUFFALO, NEW YORK MOTORCYCLE ACCIDENT ATTORNEYS AT 716-839-3939 NOW TO OBTAIN THE HELP THAT YOU NEED!

Despite all the protective gear a motorcyclist wears, there is still a good chance that he or she will be injured in the event of an accident. Therefore, the best option is taking safety measures to avoid rear-end accidents.

The following are some tips for motorcycle riders to prevent rear-end accidents:

Drivers of other vehicles must also take safety precautions to ensure that their driving does not put any motorcyclists into danger. Below are tips for drivers to prevent rear-end crashes with motorcyclists:

If you, or a loved one, suffered a serious injury in a rear-end motorcycle accident, contact Jed Dietrich, Esq. and his top rated team of Buffalo, New York rear-end motorcycle accident injury lawyers at the Dietrich Law Firm P.C. for a free consultation. Our team is available 24 hours per day and 7 days per week at 716-839-3939 or by filling out the online consultation form. We are the aggressive, tenacious and hardworking Buffalo, New York personal injury lawyers who are ready to fight for the compensation that you deserve!