Call Jed Dietrich, Esq. for Personal Injury Representation if You Were Injured in a Motorcycle Accident Caused by Someone Else’s Negligence in New York State. 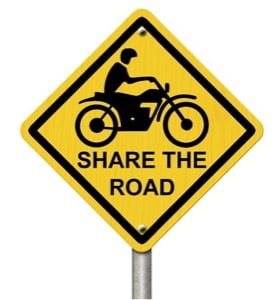 On the roads of Western New York, cars and trucks often share the road with motorcyclists. When motorcyclists take to the road, they should be able to feel as safe as they would in a car. However, it is an unfortunate fact that motorcyclists are at greater risk of serious injury or death than any car driver or passenger. At the Dietrich Law Firm P.C., we hope to help educate drivers about the importance of safe driving practices when in a car or on a motorcycle, in order to help prevent future life-altering accidents.

The Dietrich Law Firm P.C. is recognized as a Best Law Firm of America and strives each day to provide the highest level of personal injury service to the people of Western New York and beyond. If you are a motorcyclist who was injured because of the carelessness or negligence of someone else on the road, our team of highly experienced motorcycle accident lawyers in Buffalo, New York will work diligently and tenaciously to attempt to get you the compensation that you deserve for your injuries. Since 2005, our firm has battled to obtain over $175,000,000 in damages for our injured clients. Contact us today at 716-839-3939 for the help that you need. We are available 24 hours per day and 7 days per week.

The National Highway Traffic Safety Administration issues a summary of noteworthy motorcycle accident facts every year, including some of the following information:

Disciplined, dedicated and determined Elite Lawyer of America Jed Dietrich, Esq. and his highly experienced team at the Dietrich Law Firm P.C. have battled to obtain winning results for individuals who were involved in a motorcycle personal injury accident. If you, or someone you love, suffered a personal injury or death resulting from a motorcycle accident, call us today for the compassionate care you deserve. The Dietrich Law Firm P.C. is recognized as a Best Law Firm of America and throughout our years of experience our team has gained a thorough understanding of the impact that a motorcycle accident can have on a person’s life. Call our Buffalo, New York motorcycle crash lawyers today for your free consultation at 716-839-3939. We will work to attempt to get you the compensation and peace of mind you deserve.

ARE YOU ONE OF THE THOUSANDS OF MOTORCYCLE RIDERS THAT WERE INJURED THIS YEAR IN AN ACCIDENT CAUSED BY SOMEONE ELSE’S NEGLIGENCE ON THE ROAD?

CALL JED DIETRICH, ESQ. AND HIS TEAM OF BUFFALO, NEW YORK MOTORCYCLE ACCIDENT PERSONAL INJURY LAWYERS AT 716-839-3939 NOW TO OBTAIN THE HELP THAT YOU NEED!

When And Where Are Fatal Motorcycle Accidents Most Likely To Occur? 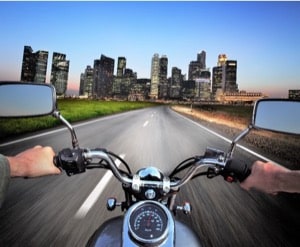 The National Highway Traffic Safety Administration identified the most prevalent environmental characteristics surrounding fatal motorcycle crashes in 2017. These include:

By making themselves as visible as possible to other drivers, following the rules of the road, driving defensively and wearing protective gear and helmets, motorcyclists can increase their chances of remaining safe on the road.

Together, we can all work to provide a safe driving environment for all users of the roadways of Western New York. Unfortunately, accidents do still happen and they can have serious consequences and greatly impact the lives of those involved. At the Dietrich Law Firm P.C., recognized as a Best Law Firm of America, our dedicated team of motorcycle accident lawyers in Buffalo, New York are here to help lessen the burden a motorcycle accident has on your life and the lives of those you love. If you were involved in a motorcycle accident caused by the negligence or carelessness of another person, call us TODAY. Jed Dietrich, Esq. and his highly experienced team will investigate your case, determine who is liable to you and fight aggressively and tenaciously in an attempt to get you the compensation you deserve. Call 716-839-3939 TODAY. Don’t wait!

DID YOU SUFFER AN INJURY IN A MOTORCYCLE ACCIDENT IN BUFFALO, NIAGARA FALLS, ROCHESTER OR OTHER PARTS OF NEW YORK STATE?

CALL JED DIETRICH, ESQ. AND HIS TOP RATED AND HIGHLY EXPERIENCED TEAM OF BUFFALO, NEW YORK MOTORCYCLE CRASH LAWYERS AT 716-839-3939 NOW TO OBTAIN THE HELP THAT YOU NEED!