Aggressive, Tenacious And Hardworking Buffalo, New York Truck Accident Attorneys Jed Dietrich, Esq. and His Elite Team of Lawyers and Paralegals at the Dietrich Law Firm P.C. Care About the Safety of all Truck Drivers, Motorists and Pedestrians on the Roads of Buffalo, New York and Throughout New York State.

Everyone knows that driving under the influence of drugs or alcohol is not only a horrible idea, but it is also against the law. This is even more so for commercial truck drivers, because the sheer size and weight of semi-trucks makes accidents involving them far more severe. When truckers drive under the influence of drugs or alcohol, they are at a higher risk of causing catastrophic accidents. For that reason, drivers are required to comply with strict federal, New York State and trucking industry standards. According to New York law, the blood alcohol content (BAC) limit for commercial drivers is .04%.

Commercial Driver's License (CDL) holders are required by the US Department of Transportation (DOT), together with the Federal Motor Carrier Safety Administration (FMCSA), to undergo drug and alcohol testing. If an impaired truck driver injured you or a loved one, you will want the assistance of the Dietrich Law Firm P.C.’s highly experienced team of Buffalo, New York truck accident attorneys on your side to pursue the compensation that you deserve. We aspire to protect our clients and the residents of Buffalo, New York from impaired truck drivers on the road.

Since 1999, Jed Dietrich, Esq. has exclusively handled serious personal injury cases. Throughout the years, Jed Dietrich, Esq. has successfully represented numerous victims of devastating truck accidents who suffered life-changing bodily injuries, pain and suffering and financial distress. After a truck accident, a victim’s top priority should be recovering, and our team is here to help with the rest. The Dietrich Law Firm P.C. team possesses the experience and skills necessary to thoroughly investigate your accident and ensure that you are in the best position to obtain the highest possible recovery for your injuries. Contact the Dietrich Law Firm P.C.’s team of impaired trucker accident injury attorneys in Buffalo, New York today at 716-839-3939 to find out how we may be able to help you.

When Are Trucker Drivers Required To Be Tested? 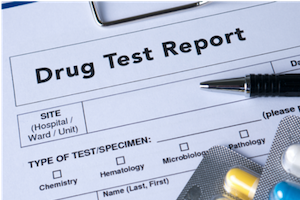 The employee handbook called What Employees Need to Know About DOT Drug & Alcohol Testing discusses all of the drug and alcohol testing procedures for commercial drivers. Employers are in charge of carrying out the DOT’s requirements and are responsible for the actions of their employees. As such, employers must adequately train supervisors to be able to identify drug and alcohol misuse among drivers and must educate drivers in connection with drug and alcohol testing regulations. Under DOT regulations, truckers are required to be tested for drugs and alcohol under a specified schedule. Truck drivers should be tested in the following manner:

Truckers are not allowed to refuse any testing, and if they do, it is equivalent to testing positive and failing a test. Truckers that fail a test may not be permitted to get behind the wheel until they are properly cleared.

While most truckers are professionals, who stay devoted to proper safety protocols, drug and alcohol use is still to blame for a large percentage of truck accidents each year. If you, or a loved one, were injured in a truck accident, contact the Dietrich Law Firm P.C., recognized as a Best Law Firm of America, today at 716-839-3939. Our team of highly experienced and top rated Buffalo, New York truck accident attorneys will fight for the compensation that you deserve for the injuries that you suffered because of a truck driver who was under the influence of drugs or alcohol. This may include monetary compensation for your medical bills, lost time from work and pain and suffering.

The Importance Of Requiring Truckers To Be Tested

The FMCSA expressly frameworks how drug and alcohol tests are to be directed, who administers the tests, the substances tested for, and the procedures for carriers to manage their test results records. Truck drivers under the influence of drugs or alcohol greatly jeopardize the safety of all other motorists, passengers and pedestrians. The repercussions of accidents involving impaired truckers can be so severe that drug and alcohol testing protocols have to be rigorous. Trucking companies that fail to administer drug and alcohol tests when they should, are in major violation.

Trucking companies can face fines and other penalties from the FMCSA for insufficient drug and alcohol testing policies. Carriers that fail to establish programs of deterrence for their truckers could be held liable for damages resulting from any accidents. When truckers cause crashes and it can be determined that they were impaired, victims could argue that the carrier’s drug and alcohol testing policies were inadequate, and that the carrier should be held liable for not conducting enough prevention measures.

Trucking crashes can be extremely violent and destructive, but accidents caused by a driver under the influence of drugs or alcohol should be 100% avoidable. If a trucker caused your accident, you want an experienced injury attorney to investigate whether any violations of FMCSA’s regulations contributed to your accident. It is the responsibility of both employers and drivers to be familiar with and abide by the rules and regulations regarding drug and alcohol use. The FMCSA encourages CDL drivers looking for further information on DOT drug and alcohol testing to visit their website.

WERE YOU, OR A LOVED ONE, INJURED AS A RESULT OF A TRUCK ACCIDENT INVOLVING AN IMPAIRED DRIVER IN BUFFALO, NIAGARA FALLS, ROCHESTER OR OTHER PARTS OF NEW YORK STATE?

CALL JED DIETRICH, ESQ. AND HIS TOP RATED AND HIGHLY EXPERIENCED TEAM OF BUFFALO, NEW YORK TRUCK ACCIDENT ATTORNEYS AT 716-839-3939 NOW TO OBTAIN THE HELP THAT YOU NEED!