Jed Dietrich, Esq. is Recognized as a Best Lawyer of America, and He Will Aggressively and Tenaciously Fight to Attempt to Obtain the Best Result Possible for People Who Were Injured in Dog Bite Accidents in Western New York. 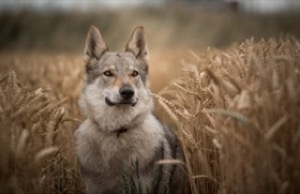 It is estimated that there are around 250,000 to 500,000 wolves and Wolf-Dog Hybrids living in captivity in the United States. Estimates of the Wolf-Dog Hybrid population increase year by year as it is becoming more lucrative to breed and sell Wolf-Dog Hybrids; puppies may be sold for as much as $5,000 each. Unfortunately, Wolf-Dog Hybrids do not often live past the age of one and are often abandoned by owners after the age of three. This is because after a Wolf-Dog Hybrid enters adulthood, they become very confused animals, and this leads to frustration, which sadly induces aggressive tendencies and attacks. As Wolf-Dog Hybrids are more apt to behave like wolves when they are older, their social and physical needs are not met, often becoming unmanageable and difficult to train. Due to the foregoing reasons, 9 out of 10 Wolf-Dog Hybrids are killed by neglect, abuse, escape, or are euthanized, as they are much too wild to be domesticated and to live in a human environment.

Not only are Wolf-Dog Hybrids extremely temperamental, but they can also inflict serious injuries on their victims. Wolf-Dog Hybrids can exert the same amount of force in their bites as a wolf can, which is around 406 pounds per square inch (PSI) and is strong enough to shatter a moose’s femur. Wolf-Dog Hybrids are exceptionally dangerous, as they have both the physical ability to cause severe injuries and the unpredictable temperament that leads them to attack and bite. 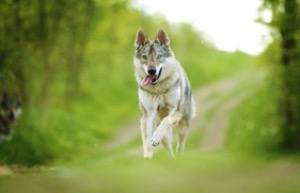 Similar to Siberian Huskies, Wolf-Dog Hybrids are notorious escape artists when enclosed in areas with limited room to run. This is because both animals have a need to expend large amounts of energy, thereby needing lots of physical exercise. This tendency for Wolf-Dog Hybrids to escape may derive from their wolf genes, as wolves are used to patrolling territories of up to 800 square miles. Therefore, being restricted to a small residential area is not going to cut it for such an animal, and it will try its hardest to get out and explore. For most domestic dogs, bite incidents usually take place at the home of the owner, and the victim is usually the owner themselves or a visitor. For Wolf-Dog Hybrids, it is more likely that a victim would encounter one outside in a public place because they frequently escape their enclosures or are abandoned by their owners. If you come across a Wolf-Dog Hybrid or a similar-looking wild dog, there are signals to look out for that could help indicate if the Wolf-Dog Hybrid is acting aggressively; these signs may be:

When owners choose to take in an aggressive dog breed as a family pet, they must be aware of its natural tendencies and be willing to work hard to train them in order to avoid a bite-related accident. However, the same cannot be said for Wolf-Dog Hybrids, as they are not suited to be typical family pets or to live in residential areas. Wolf-Dog Hybrids, depending on the degree of wolf genes inherited, must be taken care of by expert animal owners or animal sanctuaries capable of caring for the Wolf-Dog Hybrids properly. Recently, there has been an uptick in the popularity of owning Wolf-Dog Hybrids; unfortunately, this increase may lead to more attacks and bite-related accidents.

Do not wait to act! Call now to get a free consultation with renowned Western New York lawyer Jed Dietrich, Esq., to jump-start your Wolf-Dog Hybrid bite claim. The Dietrich Law Firm P.C. is a nationally recognized law firm and is highly acclaimed in the field of personal injury law. We can provide you with the legal representation you need so that you can get the financial compensation you deserve! Call our battle-tested team of Wolf-Dog Hybrid dog bite accident attorneys today at 716-839-3939 or visit us online.

Bans and Restrictions on Wolf-Dog Hybrids

For victims of Wolf-Dog Hybrid attacks, it is important to know and keep in mind that the law does not protect Wolf-Dog Hybrid owners. Victims are in a good legal position and can readily make a claim against an owner of a Wolf-Dog Hybrid for their sustained injuries and any financial losses that they may have also incurred.

DID YOU, OR A LOVED ONE, SUFFER INJURIES IN A WOLF-DOG HYBRID BITE ACCIDENT IN WESTERN NEW YORK?

CALL JED DIETRICH, ESQ. AND HIS TOP RATED AND HIGHLY EXPERIENCED TEAM OF WESTERN NEW YORK DOG BITE ACCIDENT INJURY LAWYERS AT 716-839-3939 NOW TO OBTAIN THE HELP THAT YOU NEED!

Distinguished Attorneys are at Your Side!

Dog bites can cause serious injuries and can even induce psychological trauma that outlasts the physical injuries. That is why anyone who has suffered from a dog bite-related accident should seek competent and professional legal assistance to help them with their personal injury claim. Jed Dietrich, Esq. has over 20 years of experience in personal injury law and has fought adamantly and aggressively to get the best results for his clients. Jed Dietrich, Esq. has demonstrated this commitment throughout his long-tenured career by securing $1,000,000 or more 38 times in personal injury cases.