Jed Dietrich, Esq. is Recognized as a Best Lawyer of America, and He Will Aggressively and Tenaciously Fight to Attempt to Obtain the Best Result Possible for People Who Were Injured in Dog Bite-Related Accidents in Western New York and Beyond. 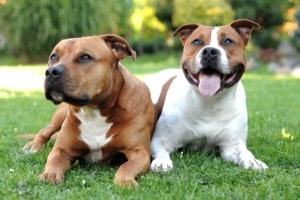 Responsible ownership is crucial for any dog’s development, no matter the breed. However, over recent decades, there has been a widespread trend where dog owners are encouraged to neuter their well-mannered companions in an effort to control the canine population. Sadly, these efforts inadvertently result in a growing number of unneutered dogs who are poorly trained or under socialized because of their owners’ negligence, thereby resulting in numerous dogs around the country having more aggressive genes and an increased propensity to bite or attack people.

Unfortunately, even the most highly trained dogs still have the ability to bite or injure others. It is important for those who have been bitten by a Staffordshire Terrier or any other breed of dog to seek proper legal representation in their dog bite-related claim so that they have the best chance of obtaining the compensation they deserve.

DID YOU, OR A LOVED ONE, SUFFER INJURIES FROM A STAFFORDSHIRE TERRIER BITE IN BUFFALO, NEW YORK?

CALL JED DIETRICH, ESQ. AND HIS TOP RATED AND HIGHLY EXPERIENCED TEAM OF PROFESSIONAL NEW YORK DOG BITE INJURY LAWYERS AT 716-839-3939 NOW TO OBTAIN THE HELP THAT YOU NEED! 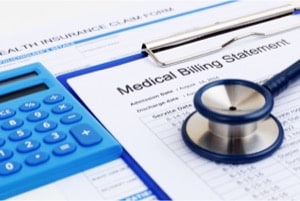 As previously mentioned, Staffordshire Terriers can cause more severe injuries than Pit Bulls or German Shepherds. Injuries sustained from Staffordshire Terriers are enough to worry about, but even more troublesome, in some cases, are the ensuing medical bills that victims might be saddled with once their injuries have been treated. Visits to the emergency department of hospitals for dog bite-related accidents will, on average, cost victims $18,200, a figure that is 50% higher than normal hospital injury-related visits. This amount covers only general emergency department visits for dog bites and does not cover the most severe and costly injuries, such as plastic or reconstructive surgery, which could leave victims with even more medical debt. The majority of Americans would not be able to pay off medical bills incurred from a serious dog bite, as 1/3 of Americans are suffering from medical debt, and 54% have already defaulted on their medical debt. Dog bite-related injuries that will likely result in significant medical bills or associated expenses for victims are:

Do not hesitate to act! If you, a loved one, or someone you know has sustained injuries and incurred medical or other related expenses from a dog bite-related accident, immediately call a recognized Elite Lawyer of America, Jed Dietrich, Esq. and his team of highly qualified attorneys who can be reached 24 hours per day and 7 days per week at 716-839-3939. Contact us today so that we can help represent you in your dog bite-related claim!

Determined To Get The Best Results For You!

Jed Dietrich, Esq. is ranked as a Top 3 Best Personal Injury Lawyer in Buffalo, New York, and is nationally recognized as a Litigator of the Year by the American Institute of Trial Lawyers. Jed Dietrich, Esq. is dedicated to providing his clients with the best legal representation possible for their personal injury claims. To illustrate this point, Jed Dietrich, Esq. has secured at least $1,000,000 or more 38 times for his clients and will always go the extra mile to ensure that those he represents get the compensation they deserve.