Jed Dietrich, Esq., Recognized as a Best Lawyer of America, Is Ready to Defend Individuals in Buffalo, New York, and the Greater New York Area Who Have Been Victims of Dog Bites. 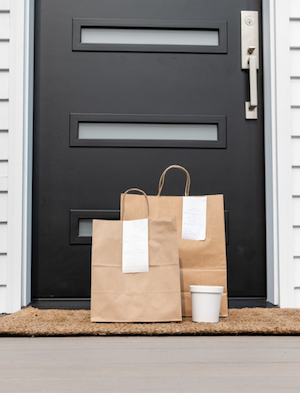 With the rise in popularity of home-delivery meal services, more and more individuals are signing up to be employees of companies like DoorDash. Seen as an easy and flexible way to earn money, a DoorDash employee has the freedom to set their own hours and area of operation. As with any home-delivery service, however, there is the risk that a dog attack or dog bite might befall an individual while they are making a delivery.

In a given year, the United States reports nearly 4.5 million occurrences of dog bites. A dog bite could result from multiple causes. The animal might feel threatened or believe their owner is being threatened. In such instances, a dog attacking is out of defense. A dog might bite if it is stressed or sick, or in some cases, it becomes overexcited while playing and begins to bite more aggressively. The most sensational reports of dog attacks are those which occur seemingly at random and without provocation.

In the event of a dog bite-related accident, it is always prudent to seek expert help from a personal injury attorney. The Dietrich Law Firm P.C. has represented countless clients in personal injury cases over the years and is your best choice when it comes to seeking representation. Call today at 716-839-3939 or contact us online for your free consultation. 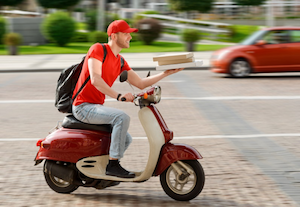 This year, Business Insider compared seven different food delivery services, including UberEATS and Grub Hub, to determine which was the superior food delivery company. Ultimately, DoorDash was declared to be the fastest and most reliable of the delivery services. Hailing itself as a “technology company that connects people with the best in their cities,” DoorDash has been running food delivery since 2013. With over 200,000 delivery workers, known officially as ‘dashers,’ the company operates in cities all across the United States, delivering food from local restaurants and businesses.

Dashers have the freedom to accept any orders they desire, but what is entirely out of their control are the dogs in and around the locations they deliver to. Dogs that are left outside unsupervised or unrestrained pose a physical risk to DoorDash employees. The dogs might run into the path of a Dasher’s car or bicycle; they might prevent the Dasher from completing a delivery or from returning safely to their mode of transportation by blocking their path. In some instances, the dog might even bite or attack a dasher, potentially causing them a great deal of physical harm.

Jed Dietrich, Esq., recognized as a New York Super Lawyer, is well acquainted with the often-calamitous effects of personal injury. He has represented countless clients over the years, attaining over $175,000,000 in verdicts and settlements for his personal injury clients. If you believe that you or a loved one have been injured in Buffalo, New York, do not hesitate to reach out to the Dietrich Law Firm P.C. at 716-839-3939 or by filling out the online consultation form.

What To Do In The Event Of A Dog Bite

Caninejournal.com recommends taking the following steps in order to prevent the occurrence of a dog bite. Steps 1 – 4 are recommended for avoiding an attack, while step 5 is what to do in the midst of an attack. The recommended measures are:

Following an attack, there are steps that should be taken before anything else. First, seek out appropriate medical attention. Whether you are the victim of an attack, or the owner of the dog, be certain to exchange contact information with the other party. This is a crucial step, particularly if charges are pressed against the pet’s owner. It is also prudent to seek out legal advice. Either as a victim looking to press charges or as an owner uncertain of whether or not a case will be brought against you, a personal injury attorney will be your best source of information.

With over twenty years of experience as a personal injury attorney in Buffalo, New York, Jed Dietrich, Esq. is someone in whom you can place your trust. He and his team of top rated dog bite accident lawyers will fight on your behalf to obtain satisfaction in your personal injury case. If you are in need of representation, call our offices today at 716-839-3939 or contact us online, and we will answer any questions you might have.

Action Steps For The Owner 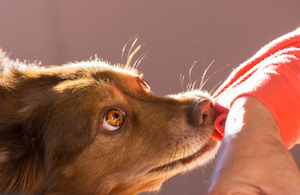 No owner wants their pet to be responsible for an injury inflicted on another person. However, accidents do happen. For owners, there is often fear and uncertainty in the face of an attack. It can be hard to know what action to take. If a dog attacks another individual, there is a chance that the injured party might allow the matter to drop. In the event that they decide to press charges, however, an owner could face three possible courts:

Some owners may choose to invest in dog liability insurance. This insurance plan will protect an owner in the event that their pet attacks another individual. A dog bite-related injury claim can total $32,000 or higher. For some owners, that amounts to 30x the original cost of their pet. Breeds such as Pit Bulls, German Shepherds, Doberman Pinschers, and Rottweilers are considered to be some of the most dangerous dogs in the United States; if you are the owner of one of these dog breeds, it would be prudent to invest in an insurance plan for your dog.

DID YOU, OR A LOVED ONE, SUFFER INJURIES FROM DOG BITE IN BUFFALO, NEW YORK?

CALL JED DIETRICH, ESQ. AND HIS TEAM OF QUALIFIED BUFFALO, NEW YORK DOG BITE ACCIDENT ATTORNEYS AT 716-839-3939 NOW TO OBTAIN THE HELP THAT YOU NEED!