Jed Dietrich, Esq. is Recognized as a Best Lawyer of America and Will Relentlessly Strive to Obtain the Best Result Possible for People Who Were Injured in Dog Bite-Related Accidents in Buffalo, New York. 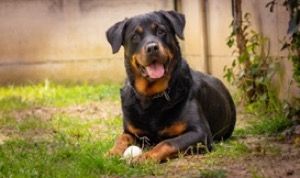 Despite Rottweilers being known as an aggressive breed, they are the 8th most popular dog breed in the United States, according to the American Kennel Association. If Rottweilers are well trained and have responsible owners, they can be great family pets, as they can develop docile and loving personalities. Nevertheless, owners must be aware that any Rottweiler can have the propensity to attack or bite due to their natural instincts to protect their territory and owners from perceived threats. A recent statistic demonstrated that Rottweilers are the second most dangerous dog breed in the United States. Rottweilers also have one of the strongest bites, with a bite force of 328 pounds per square inch (PSI), rendering most Rottweiler dog attacks especially catastrophic, as their bite alone can cause serious injuries to victims and may lead to hospitalization, the need for surgery, or even death.

Although Rottweilers comprise a small amount of the canine population in the United States, they are often involved in dog bite-related accidents. To put it into perspective, the two most dangerous dog breeds, Pit Bulls and Rottweilers, only account for 7.3% of the canine population, but they collectively account for 73% of dog bite fatalities. Rottweilers also kill or injure other animals at a much higher rate than most other dog breeds. A Rottweiler may act aggressively for the following reasons:

To summarize, Rottweiler owners should educate themselves on what triggers their dog’s aggression. It is well established that Rottweilers are an aggressive dog breed with a propensity to bite when put in certain situations or are woefully untrained and improperly cared for. Owners of Rottweilers must care for them and train them properly while limiting their exposure to situations that could trigger aggression.

If someone has been bitten or attacked by Rottweiler, they should immediately seek medical attention at the nearest hospital. Victims of dog bites may be entitled to financial compensation for injuries or trauma sustained from the attack. Therefore, it is important for victims to seek experienced legal counsel if they were involved in such an incident.

DID YOU, OR A LOVED ONE, SUFFER INJURIES FROM A DOG BITE RELATED-ACCIDENT IN BUFFALO, NEW YORK?

CALL JED DIETRICH, ESQ. AND HIS TOP RATED AND HIGHLY EXPERIENCED TEAM OF BUFFALO, NEW YORK DOG BITE ACCIDENT INJURY LAWYERS AT 716-839-3939 NOW TO OBTAIN THE HELP THAT YOU NEED!

Laws About Rottweilers in The State of New York 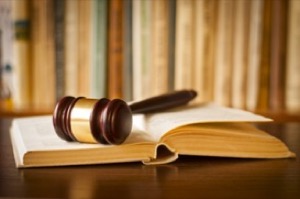 In the State of New York, there is no sweeping legislation that designates a certain breed of dogs to be dangerous or restricts ownership of dogs belonging to certain breeds. There are, however, several city ordinances in New York that go so far as to deem Rottweilers and other breeds as dangerous breeds. Dog owners should look into and be well informed of their own municipality’s legislation.

Overall, in the State of New York, an owner of a dog that was involved in an attack may escape liability under New York’s One Bite Rule. This rule asserts that if a dog was involved in a bite-related accident for the first time, the owner may not face liability unless the victim can prove the owner knew or should have known of their dog’s propensity to act aggressively. In Buffalo, New York, dogs are deemed to be dangerous by a dangerous dog hearing or by determination from a Buffalo City Court. The breed of the dog involved could heavily influence the verdict if that specific breed is noted as dangerous.

Insurance companies may also exclude or discriminate coverage of certain dog breeds. According to the State of New York’s Department of Financial Services, Rottweilers are specifically allowed to be excluded from liability coverage by insurance companies. Therefore, owners of Rottweilers may find it difficult to find homeowner’s or renter’s insurance policies that will cover dog bite-related accidents.

If you, a loved one, or someone you know was attacked by a Rottweiler and had to seek medical attention because of it, immediately call nationally recognized Elite Lawyer of America Jed Dietrich, Esq. and his team of highly qualified attorneys at 716-839-3939. The Dietrich Law Firm P.C. can be reached at any hour and at any time of day to schedule a free consultation for your dog bite injury claim.

The Right Attorneys for Your Dog Bite Claim

Suffering injuries from a dog bite-related accident may result in the victim suffering financial damages as well. That is why anyone involved in a dog bite-related accident should seek professional and competent legal help. Jed Dietrich, Esq. has over 20 years of personal injury experience and will always fight to achieve the best results for his clients. To shed light on Jed Dietrich, Esq.’s steadfast determination to fight for his clients, he has secured $1,000,000 or more 38 times in personal injury cases. By retaining Jed Dietrich, Esq. and his team of seasoned personal injury attorneys at the Dietrich Law Firm P.C., you can rest assured that your dog bite injury claim is in excellent hands.