At the Dietrich Law Firm P.C., Our Top Rated Lawyers in Buffalo, New York Will Work to Obtain the Best Possible Results for Individuals Who Have Been Injured as a Result of Dog Bite-Related Accidents. 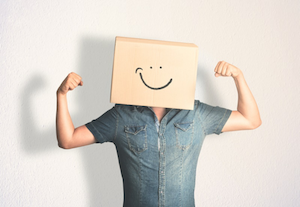 Dog attacks are one of the daily hazards awaiting drivers and delivery persons. For Amazon, which is responsible for fulfilling millions of deliveries each year, its fleet of delivery personnel is at an increased risk for a dog-related attack. One Jacksonville, Florida delivery driver, was attacked by a pair of Rottweilers while completing her rounds. The woman sustained severe bites and bruises on her arms and legs, for which she received emergency room treatment. With home delivery rates increasing, every day sees an increase in the cases of dogs attacking delivery workers who are just making their rounds. A dog attack can be a life-changing event.

With over twenty years of experience as a personal injury attorney in Buffalo, New York, Jed Dietrich, Esq. is someone in whom you can place your trust. He and his team of top rated Amazon delivery person dog bite accident lawyers will fight on your behalf to obtain satisfaction in your personal injury case. If you are in need of representation, call our offices today at 716-839-3939 or contact us online, and we will answer any questions you might have.

A Brief History Of Amazon

Amazon first opened its doors in July of 1994. At its inception, Amazon positioned itself as a competitor for bookstores such as Barnes & Noble and Borders. After just three years, Amazon graduated from operating out of Jeff Bezos’ personal garage and opened a professional distribution center. By 2007, Amazon was selling everything from music to clothing and had just launched its first-ever Kindle. Twenty-five years after Amazon’s birth, it had taken over half of the retail world’s online sales in the United States and employed over 600,000 employees worldwide.

Today, Amazon accounts for 5% of total retail sales in the United States. In one year alone, 5 billion items were shipped from Amazon to locations all over the world. With 95 million Amazon Prime memberships, two-day and same-day shipping, and millions of products offered for sale on its website, Amazon has grown into a company whose impact is felt daily around the world.

One of Amazon’s founding principles is its dedicated focus on overall customer satisfaction. The Dietrich Law Firm P.C. operates under the same client-centric mindset. With over a decade’s worth of experience in personal injury, the Buffalo, New York-based team is prepared to meet any challenge on behalf of clients who have been injured as a result of a dog bite or attack in Buffalo, New York.

A medical study published on DogsBite.org examined cases of dog attacks over an eight-year period. The report found that, across the United States, dog attacks were “three times as likely to be associated with a Pit Bull than with any other breed.” Additionally, the report declared that: 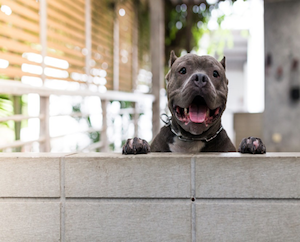 While injuries caused by Pit Bulls were the most frequently seen, the unfortunate reality is that an attack can come from any dog. There is no reliable way to predict when a dog might become aggressive.

DID YOU, OR A LOVED ONE, SUFFER INJURIES FROM A DOG BITE IN BUFFALO NEW YORK?

CALL JED DIETRICH, ESQ. AND HIS TEAM OF QUALIFIED BUFFALO, NEW YORK BOG BITE ACCIDENT ATTORNEYS AT 716-839-3939 NOW TO OBTAIN THE HELP THAT YOU NEED! 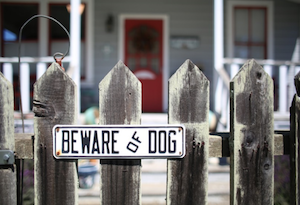 For customers using Amazon’s in-home delivery feature, their website has specific rules regarding homes that have pets. They request that pets be barred from accessing the area where an in-home delivery is to be dropped off. This is both to ensure the safety of the employee delivering the package and to keep pets from escaping or being shut outside. “If the driver feels the safety of your pet or their own safety is at risk, they can choose to deliver the package to your doorstep instead.”

In the event of a dog attack, an individual should first seek out medical attention. Be sure to collect the contact information of the owner. If an injury is severe enough, you might decide to press charges against the owner. The owner will then be required to appear in court and potentially pay damages. Following the attack on their delivery person in Jacksonville, Florida, Amazon suspended all deliveries to the Florida neighborhood until the threat could be addressed. Even if your injuries are not severe, it might be prudent to file a complaint against the owner of the animal so as to help prevent future attacks.

The Dietrich Law Firm P.C. has been operating throughout Buffalo, New York for over a decade, and in that period has represented countless personal injury claims. If you are looking for a team of dedicated, hardworking, and skilled lawyers to represent you, the Dietrich Law Firm, P.C., is your top choice. For more information on how we might best represent you, call us today at 716-839-3939 or contact us online.