Jed Dietrich, Esq., Distinguished as a New York Super Lawyer and American Institute of Trial Lawyers Litigator of the Year, and His Team of Top Rated Lawyers at the Dietrich Law Firm P.C. Fight to Obtain the Justice for Survivors of Sexual Abuse and Exploitation Within Organized Sports in Buffalo, New York.

Each year, more than 30 million children and young adults throughout the country take part in some type of organized sport. Most children enjoy participating in organized sports, such as community soccer programs or little league. Coaches are trusted by athletes and parents alike to watch over young athletes during practice and games. Parents want to believe that those in charge are taking good care of their children. After all, coaches serve as mentors and advisors for athletes participating in football, swimming, wrestling, field hockey, gymnastics, and other sports. Sadly, some coaches and predators with access to sporting facilities abuse their positions of influence and perpetrate sexual crimes against young athletes in both team and individual organized sports. From the notorious sexual abuse scandal surrounding USA Gymnastics team doctor Larry Nassar to Joe Paterno, who knew his assistant coach Jerry Sandusky was molesting and raping young boys, unfortunately, sexual abuse is a well-documented reality of organized sports.

A sexual predator may take a position as a coach, trainer, or even volunteer just to have access to young and vulnerable athletes. Coaches often have time alone with children and may even travel with them to away games. Far too many coaches, trainers, and other individuals have perpetrated sickening sex crimes against young, susceptible athletes under their care. It is the responsibility of relevant schools, sports leagues, and organizations to protect athletes against these despicable predators. If your child was unfortunate enough to fall victim to sexual abuse while participating in an organized sport, now is the time to take action and stand up to the perpetrator. The Dietrich Law Firm P.C. is committed to helping sexual abuse survivors obtain the justice that they rightfully deserve. We urge you not to feel ashamed to come forward as soon as possible. By reporting instances of abuse, those responsible will be held accountable, and most importantly, ensure that your abuser cannot victimize other young people.

Since 1999, Jed Dietrich, Esq., a prominent member of the Premier Lawyers of America, has exclusively battled to obtain justice for victims. Jed Dietrich, Esq., recognizes the anger and misery that sexual abuse causes both parents and their children athletes. Our veteran personal injury attorneys can assure you that your case will be handled with the utmost respect and care for your child’s privacy and position. The Dietrich Law Firm P.C.’s caring team of Buffalo, New York organized sports sexual abuse lawyers have seen the effect that the traumatizing impact abuse can have on victims and ultimately their loved ones. Pursuing a personal injury claim against those responsible may be the only way to begin to recover. Our honorable commitment to exceeding your expectations and delivering an extraordinary outcome is what differentiates us from the competition. The Dietrich Law Firm P.C., recognized as a Best Law Firm of America, offers confidential and complimentary lawsuit evaluations and consultations. Jed Dietrich, Esq. and his team of elite attorneys would be pleased to discuss the details of your case. Our compassionate team is available 24 hours a day, 7 days a week, at (716) 839-3939, or by filling out the online consultation form. We are the aggressive, tenacious, and hardworking personal injury attorneys who are ready to fight for the compensation and justice that your child deserves!

Many children who are sexually abused by coaches or trainers cannot come forward without difficulty. While sexual abuse has common warning signs, parents and teachers often misconstrue signs of molestation for typical youth behaviors, moodiness, or even depression. If you observe several indications of sexual abuse, it should be a warning sign that something is not right. Below are some red flags that may indicate that your child is being sexually abused: 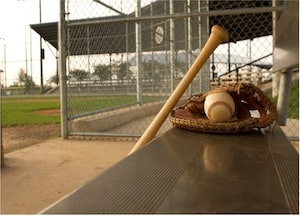 Some athletes may fear getting exposed to teammates, kicked off the team, or other forms of retaliation. Many sexual abuse survivors feel guilt or shame about their exploitation and may even blame themselves. As a result, many choose not to come forward about their sexual abuse. It is often up to parents and guardians to watch for red flags of abuse and ask questions.

DID YOUR CHILD ATHLETE ENDURE SEXUAL ABUSE WHILE PARTICIPATING IN AN ORGANIZED SPORT IN BUFFALO, NIAGARA FALLS, ROCHESTER, OR OTHER PARTS OF NEW YORK STATE?

CALL JED DIETRICH, ESQ. AND HIS TOP RATED AND HIGHLY EXPERIENCED TEAM OF BUFFALO, NEW YORK ORGANIZED SPORTS SEXUAL ABUSE ATTORNEYS AT (716) 839-3939 NOW TO OBTAIN THE HELP THAT YOU DESERVE!

Sports play a significant role in the lives of countless young athletes. Many athletes develop close relationships with their coaches, who can exhibit tremendous influence and power them. Young athletes often admire their coaches and will do almost anything to impress them. Nevertheless, when a coach sexually abuses or turns a blind eye to exploitation, he or she betrays everyone’s trust. In 2017, the U.S. Congress enacted the Safe Sport Authorization Act (SSAA), which was designed to protect young athletes against sexual assault. Nevertheless, youth sports organization administrators and parents must always be vigilant in protecting children from sexual predators. Crucial protective measures that all parents and administrators must take include:

If your young athlete endured sexual abuse, you want the best Buffalo, New York personal injury lawyer to handle your child’s claim. Jed Dietrich, Esq. and his team of organized sports sexual abuse attorneys are dedicated to safeguarding the legal rights of minors. No one should have to endure the psychological or emotional trauma of sexual abuse. Often, there is more to organized sports-related sexual abuse incidents than meets the eye. A careful investigation of your child’s abuse may uncover the overwhelming cover-up culture within the sports organization. By dismissing the victim and protecting the abuser, organizations often allow horrendous allegations of abuse, molestation, and even rape to be concealed. Our battle-tested attorneys will not allow perpetrators or organizations to get away with atrocious abuse or cover-ups. Jed Dietrich, Esq. has battled to obtain over $175 million in verdicts and settlements for victims who were injured in Buffalo, New York; Rochester, New York; Niagara Falls, New York; throughout New York State and beyond. Jed Dietrich, Esq., a proud member of the Million Dollar Advocates Forum, will ensure that your child is in a position to obtain the highest possible monetary compensation, which may include punitive damages awarded to punished defendants for acting grossly negligent or reckless. Time and time again, former clients of the Dietrich Law Firm P.C. have said that Jed Dietrich, Esq. is the best personal injury lawyer in Western New York. View our Google 5 Star rating and clients’ testimonials by clicking here. Our veteran team is available 24 hours per day and 7 days per week at (716) 839-3939 or by filling out the online consultation form.