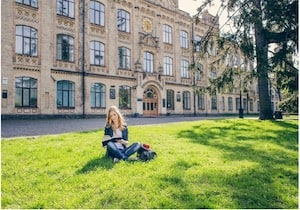 When students attend college and other institutions of higher learning, they never expect to become victims of brutal sexual assaults. Nevertheless, sexual assaults on college campuses throughout the country have become a rampant problem that frequently goes unreported. The U.S. Department of Justice defines sexual assault as any non-consensual sexual act, which includes a victim’s incapacity to consent. Sexual assault is a broad term that includes unwanted sexual activities such as fondling, attempted rape, and rape. According to RAINN (Rape, Abuse & Incest National Network), America’s largest anti-sexual violence organization, over 26% of female and 6.8% of male undergraduate students suffer some type of rape or sexual assault.

If you, or your child, have fallen victim to sexual assault on a college campus, we urge you not to stay silent any longer. It is crucial to call Jed Dietrich, Esq., acclaimed as an American Institute of Personal Injury Attorneys 10 Best Attorneys, and his veteran of lawyers at the Dietrich Law Firm P.C. to learn more about your legal rights. Our battle-tested attorneys aggressively fight for the rights of victims who have been sexually assaulted. We have dedicated our legal careers to helping those injured in their pursuit of justice. It would be our pleasure to represent you in demanding that the responsible parties, such as the perpetrator and even the college itself, finally accept accountability for your harm. You deserve the best personal injury attorney in Western New York to fight on your behalf and ensure that you are adequately compensated.

Jed Dietrich, Esq., has exclusively handled serious personal injury cases since 1999, including many instances of sexual assault. There is often much more to campus assaults than initially meets the eye. The veteran personal injury lawyers at the Dietrich Law Firm P.C. have the experience necessary to determine all of the influencing factors that led to your traumatic incident. Victims of assault may suffer from post-traumatic stress disorder, severe emotional pain, self-esteem issues, and anxiety. These disheartening events inspire Jed Dietrich, Esq., to strive to provide the highest level of personal injury service to the people of Western New York day after day. The Dietrich Law Firm P.C. offers complimentary and confidential lawsuit consultations. We will treat you with respect and compassion and help you get through this difficult time. Our caring team is available 24 hours a day, 7 days a week, at (716) 839-3939, or by filling out the online consultation form. We are the aggressive, tenacious, and hardworking personal injury attorneys who are ready to fight for the compensation that you deserve!

Sexual assaults on college campuses can occur in many different places, such as dorm rooms, fraternity houses, empty classrooms, and parking garages. These appalling incidences can include molestation, groping, forced oral copulation, sodomy, and even gang rape. Sadly, many sexual assault survivors know their perpetrators. The following factors can contribute to sexual assaults on campus: 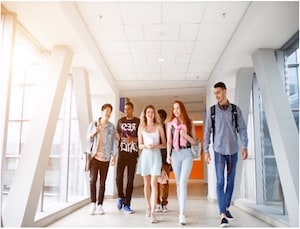 For many students, attending college offers them the first taste of adulthood. Even underage students may be pressured to engage in heavy alcohol and illicit drug use, especially at parties. Being high or drunk takes away a victim’s ability to consent to sexual activities. Although drugs and alcohol are frequently involved, that is not always the case. Parents need to remember that perpetrators are to blame, as opposed to any substance use.

WERE YOU, OR A LOVED ONE, SEXUALLY ASSAULTED ON A COLLEGE CAMPUS IN BUFFALO, NIAGARA FALLS, ROCHESTER, OR OTHER PARTS OF NEW YORK STATE?

CALL JED DIETRICH, ESQ. AND HIS TOP RATED AND HIGHLY EXPERIENCED TEAM OF BUFFALO, NEW YORK COLLEGE CAMPUS SEXUAL ASSAULT LAWYERS AT (716) 839-3939 NOW TO OBTAIN THE HELP THAT YOU NEED!

Students have the right to attend class and school events without being violated. Although you may believe that you could have done something differently to prevent getting sexually assaulted, please do not blame yourself. Universities and colleges are legally obligated to take reasonable measures to keep students and guests safe from sexual assault and other preventable harms. Schools must enforce strong anti-sexual assault policies and deal with risky situations before they get out of control. When universities or colleges breach their duty of care, they can be held liable for sexual assaults that occur on campus. Some common scenarios where schools may be held accountable include:

Every teacher, school employee, student, and campus visitor must be held responsible for their negligent, reckless, or criminal actions. Colleges are required to bring appropriate disciplinary actions against anyone who commits a sexual assault on campus. Suspected perpetrators must be suspended immediately. Anyone found to have committed a sexual assault should be expelled and turned over to law enforcement.

Sexual assault survivors are entitled to seek further justice against their perpetrators. By pursuing a lawsuit, perpetrators can be found civilly liable and be required to pay monetary compensation for physical and emotional suffering, hospital bills, psychological counseling, lost wages, loss of enjoyment, reputational damage, humiliation, loss of consortium, and other costs associated with the assault. Jed Dietrich, Esq. has battled to obtain over $175 Million in verdicts and settlements for victims who were injured in Buffalo, New York, and beyond.

Our seasoned lawyers are experts in demonstrating that colleges knew or had reason to know there was a risk of sexual assault but failed to have effective safety procedures in place. The Dietrich Law Firm P.C.’s veteran team will aggressively demand justice from your perpetrator, school, and any other responsible party. Honored with a Better Business Bureau A+ Rating and distinguished as a Best Law Firm of America, our prominent law firm will fight to obtain the best result for survivors of college campus sexual assaults. Jed Dietrich, Esq. offers confidential and complimentary case evaluations and would be honored to speak with you regarding your case. We are available 24 hours per day and 7 days per week, and there is never a fee unless we WIN for you! Call us today at (716) 839-3939.