Our Mission Statement is: To Provide the Highest Level of
Personal Injury Service to Our Clients.

Jed Dietrich, Esq. and His Team of Lawyers and Paralegals at the Dietrich Law Firm P.C. Will Battle to Obtain the Best Result for Clergy Sex Abuse Victims

Recently, allegations of clergy sex abuse have been rising at alarming rates. Clergy members of various religions have taken advantage of their authority and the relationship of trust that exists between a clergy member and their congregation.

Jed Dietrich, Esq. understands that each victim of clergy sex abuse has a unique story about what happened and the impact it has had on his or her life. You, and your loved ones, deserve the best personal injury lawyer in Buffalo, New York to handle your claim. Jed Dietrich, Esq. and his top rated team of Buffalo, New York clergy sex abuse lawyers will battle to obtain the best possible result for YOU!

If you, or a loved one, experienced sex abuse by a clergy member, contact us today at (716) 839-3939 for your free consultation. We are available 24 hours a day, 7 days a week. We will come to you and there is never a fee until we WIN for you.

According to the Database of Publicly Accused Priests in the United States, currently 418 Roman Catholic priests have been accused of sex abuse in New York State.

The Diocese of Buffalo is the second highest ranking diocese of clergy sex abuse in New York State.

On December 13, 2018, WKBW compiled a list of priests in the Buffalo area who have been accused of sexual misconduct.

To date, it is estimated that the Roman Catholic Church has paid out over $3 billion dollars in settlements related to clergy sex abuse allegations.

If you, or a loved one, experienced sex abuse at the hands of a priest, minister, rabbi or other clergy member, contact the Dietrich Law Firm P.C. NOW at (716) 839-3939 so that we can help you. Jed Dietrich, Esq. and his top rated team of clergy abuse lawyers in Buffalo, New York are always fighting to obtain the best result for you.

What is Clergy Sex Abuse? 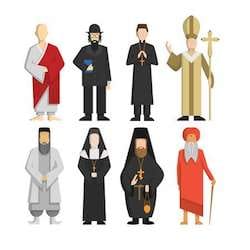 Clergy sex abuse involves a clergy member’s inappropriate use of his or her position of authority and power to sexually abuse a member of the congregation.

Clergy members may include, but are not limited to:

Lack of consent results from:

Sex abuse includes not only non-consensual fondling and touching of a sexual nature, but also:

This list is not exhaustive. If you, or a loved one, are a victim of clergy sex abuse, immediately contact Jed Dietrich, Esq. and the top rated Buffalo, New York clergy sex abuse lawyers of the Dietrich Law Firm P.C. at (716) 839-3939 for a free consultation. We can be reached 24 hours a day, 7 days a week.

There are strict time deadlines for bringing a clergy sex abuse claim in New York. Failure to file a lawsuit within the applicable time deadline, also known as the statute of limitations, will bar your right to do so.

In New York, an individual who was sexually abused as a minor must file a civil lawsuit against the abuser within 5 years after turning 18; namely, 23 years old.

Additionally, an individual who was sexually abused as a minor can file a civil lawsuit for negligence against a third-party such as a church or other religious institution. This type of lawsuit must be filed within 3 years after turning 18; namely, 21 years old.

Presently, efforts are being made to change the statute of limitations for child sex abuse in New York.

Proposed legislation would either eliminate civil and criminal child abuse statutes of limitations altogether or create a one-year window for victims of childhood sex abuse to bring civil lawsuits against their abuser and the responsible institution.

This area of the law is rapidly changing; you are best advised to contact our firm immediately to preserve your rights.

Adults can also be victims of clergy sexual abuse.

Given the strict deadlines for filing personal injury claims in New York, it is important that you contact the Dietrich Law Firm P.C. today at (716) 839-3939 to know your rights.

Who are the Defendants in a Clergy Sex Abuse Case?

Generally, a victim can file a civil lawsuit against a clergy sex abuser for physical and emotional injuries.

In addition, victims may also be able to file a civil lawsuit against a third-party such as a church or other religious institution that was responsible for hiring or supervising the clergy member.

If the clergy sex abuse took place at an institution such as church, temple or other religious facility, the religious institution may be liable if it was negligent. That is, if it failed to act with the same level of care that a reasonable person or institution would have in the same or similar circumstances.

Such negligence could be established through evidence of:

What are the Effects of Clergy Sex Abuse?

Often, victims of clergy sex abuse do not report the abuse right away, or at all. They may feel threatened or fear that no one will believe them because clergy members are often held in high regard in their religious community.

Victims of clergy sex abuse can be left with physical, mental and emotional injuries that stay with them for the rest of their lives. Victims may blame themselves for the awful treatment that they have endured and can be left feeling ashamed.

Clergy sex abuse can cause unhealthy ideas about sexual relationships; furthermore, those who were abused may suffer from emotional distress and thereafter engage in destructive behaviors.

Common effects of sex abuse include:

A clergy member’s abuse of their authority and the relationship of comfort and trust that exists with the child and their family can have tragic consequences on a child’s life.

Child victims of clergy sex abuse may suffer from a reduced sense of self-worth, low self-esteem and depression. As a result, these children may experience sudden changes in behavior including violent outbursts or decreased quality of schoolwork.

If you, or a loved one, have experienced clergy sex abuse, contact Jed Dietrich, Esq. and his team at (716) 839-3939 for respectful, compassionate and the top clergy sex abuse representation in Buffalo, New York.