Jed Dietrich, Esq., Acclaimed as a New York Super Lawyer and American Institute of Personal Injury Attorneys 10 Best Attorney, and His Team of Highly Experienced Lawyers at the Dietrich Law Firm P.C. Fight to Secure the Best Possible Results for Victims Who Have Developed E. Coli Food Poisoning from Eating Wendy’s Fast Food in Buffalo, New York; Throughout New York State and Beyond. 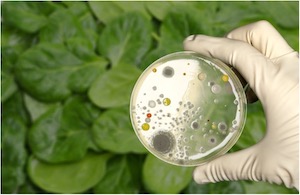 A severe E. coli outbreak that has already been detected in 6 states, including New York, was connected to romaine lettuce served at Wendy’s fast food restaurants. While the Centers for Disease Control and Prevention (CDC) believes that the actual number of victims infected is much higher, currently, there are at least 100 reported cases of Wendy’s-related food poisoning. Many of the victims said that they felt sick after eating sandwiches containing contaminated romaine lettuce. People unfortunate enough to consume food with E. coli typically develop symptoms within 3 to 4 days. However, victims can get sick as soon as 24 hours after or up to 10 days later. Symptoms of the infection often include stomach pain, vomiting, diarrhea, and fever.

Unfortunately, so far, at least 43 of the reported sufferers were forced to seek inpatient medical treatment. Considering the number of hospitalizations linked to this outbreak, the Dietrich Law Firm P.C.’s expert food poisoning attorneys consider this strain of E. coli to be extremely dangerous and likely to cause serious complications. Wendy’s lack of food safety and quality standards has devastated unsuspecting restaurant goers. Suppose that you, or someone that you know, developed a severe E. coli infection after eating a Wendy’s sandwich. In that case, you owe it to yourself to contact Western New York’s most elite personal injury attorney immediately.

Jed Dietrich, Esq. and his seasoned team of Escherichia coli illness attorneys, deliver the highest level of personal injury representation to victims who have sustained kidney failure or worse. Our best of the best team is determined to demand that Wendy’s take responsibility for the harm that they have caused. The Dietrich Law Firm P.C.’s primary mission is to obtain enough money to ensure that you can live comfortably and your medical treatments are paid for. Jed Dietrich, Esq., distinguished as a Premier Lawyer of America, has aggressively litigated to gain more than $175 million in verdicts and settlements for clients and their families. Our top rated team is accessible 24 hours per day and 7 days per week by calling 716-839-3939 or by completing the online consultation form. We are uncompromising, tenacious, and dependable attorneys who are ready to fight for the money that you deserve! Kindly view our clients’ testimonials and Google 5-Star rating by clicking here. 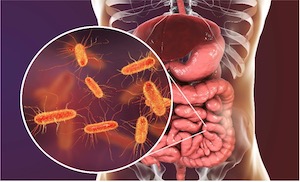 Fortunately, the majority of Escherichia coli food poisoning cases are relatively mild, and most victims tend to recover within a week. However, toxins from harsher strains of E. coli, like Shiga toxin-producing E. coli (STEC), can travel into a victim’s bloodstream and destroy their red blood cells. Roughly 5 to 10 percent of those who are diagnosed with STEC infections develop a potentially fatal condition known as hemolytic uremic syndrome (HUS). Some individuals, especially older adults and children aged 5 or younger, have a heightened risk of developing the condition. Hemolytic uremic syndrome usually surfaces approximately 7 days after symptoms first develop, when diarrhea starts improving. Indications that the condition is starting to manifest include fever, stomach pain, and vomiting. Additionally, as HUS progresses, symptoms include:

If you recently ate fast food from Wendy’s and are suffering from any of the above symptoms, the Dietrich Law Firm P.C.’s concerned team recommends going to the hospital immediately. It is imperative for victims suffering from hemolytic uremic syndrome to be hospitalized because they risk kidney failure and the development of other severe complications. Although most individuals with HUS recover within a couple of weeks of being treated with blood transfusions, dialysis, and IV fluids, some are far less fortunate.

WERE YOU, OR A FAMILY MEMBER, EXPOSED TO E. COLI FOOD POISONING WHILE EATING AT A WENDY’S FAST FOOD IN BUFFALO, NIAGARA FALLS, ROCHESTER, OR OTHER PARTS OF NEW YORK STATE?

CALL JED DIETRICH, ESQ. AND HIS ELITE AND VETERAN TEAM OF WESTERN NEW YORK WENDY’S E. COLI INFECTION ATTORNEYS AT 716-839-3939 NOW TO OBTAIN THE HELP THAT YOU DESERVE!

In a recent statement, Wendy’s claimed that it has already discarded and replaced the sandwich lettuce at some of its restaurants in certain midwestern states. However, this has not stopped 5 victims from Ohio and 3 from Michigan from filing lawsuits against Wendy’s. The Dietrich Law Firm P.C.’s battle-tested attorneys are expecting a surge in claims against the fast-food chain. The damages for victims left with permanent kidney damage can be substantial due to the endless future medical costs involved. Taking into consideration that severe E. coli infections can cause life-altering complications, our veteran lawyers will be demanding the maximum compensation possible for our clients. Victims who have suffered as a result of Wendy’s inadequate food safety standards may be entitled to the following damages:

For the last 23 years, Jed Dietrich, Esq., celebrated as an American Institute of Trial Lawyers Litigator of the Year, has exclusively fought for victims of serious personal injuries, including various food poisoning cases. Our veteran lawyers possess the skill sets and expertise required to methodically investigate your E. coli infection and hold Wendy’s accountable. The Dietrich Law Firm P.C.’s highly-qualified team offers complimentary lawsuit assessments and consultations. Our talented legal team is available 24 hours a day, 7 days a week, at 716-839-3939 or by completing the online consultation form. The best part is that you never owe us a penny until we WIN your case!