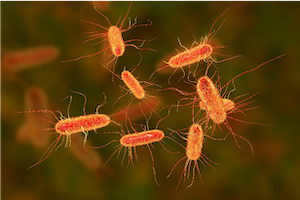 E. Coli (Escherichia coli), is a type of bacteria that ordinarily exists in the intestines of healthy humans and is commonly found in the guts of certain animals. The majority of E. Coli types assist in keeping people’s digestive tracts healthy and are completely harmless. Nevertheless, some strains of the bacteria, typically found in contaminated food or soiled water, can cause severe diarrhea and other health complications. E. coli is commonly associated with food poisoning and certain types of the bacteria can cause pneumonia and as many as 95% of all urinary tract infections. Other types of E. coli make people sick by producing Shiga, a toxin known for damaging the lining of your intestines. Strains that produce the toxin are often referred to as STEC, which stands for Shiga toxin producing E. coli. Additionally, young children and elderly individuals that contract E. coli run the risk of developing hemolytic uremic syndrome, a potentially lethal form of kidney failure.

Tragic events like unsuspecting individuals contracting an E. coli infection after being exposed to contaminated food or drink inspire Jed Dietrich, Esq. to strive to provide the highest level of personal injury service to the people of Western New York each and every day. Jed Dietrich, Esq. works hard to hold individuals, manufacturers and food service providers accountable for the harm that they cause.

The Dietrich Law Firm P.C.’s team of highly experienced and top rated E. Coli foodborne illness lawyers in Buffalo, New York possess the knowledge and experience required to systematically investigate your food poisoning related illness, and ensure that you are in a position to receive the highest possible recovery for your injuries. To date, the Dietrich Law Firm P.C. has recovered over $175,000,000.00 in verdicts and settlements to resolve personal injury claims as a result of Jed Dietrich, Esq. and his top rated team of Buffalo, New York E. Coli infection attorneys’ zealous representation. Our team is available to help you 24 hours per day and 7 days per week at 716-839-3939 or by filling out the online consultation form.

How Do E. Coli Infections Occur? 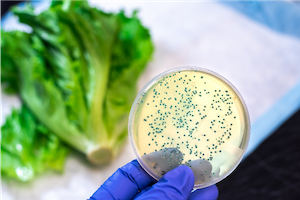 People can easily become infected by ingesting even a little bit of a harmful strain of E. coli bacteria. Below are some common ways people can ingest E. coli:

Other food in the kitchen can easily become contaminated if raw meat comes into contact with the food or utensils used to prepare it.

DID YOU, OR A LOVED ONE, SUFFER FROM AN E. COLI INFECTION IN BUFFALO, NIAGARA FALLS, ROCHESTER OR OTHER PARTS OF NEW YORK STATE?

CALL JED DIETRICH, ESQ. AND HIS TOP RATED AND HIGHLY EXPERIENCED TEAM OF BUFFALO, NEW YORK E. COLI ILLNESS ATTORNEYS AT 716-839-3939 NOW TO OBTAIN THE HELP THAT YOU NEED!

Most people begin to feel sick approximately 2 to 5 days after ingesting E. coli bacteria. Some of the most commonly occurring symptoms include:

One of the worst strains of E. coli is called O157:H7, which can make people extremely ill. The strain is known for causing severe abdominal cramping, bloody diarrhea and vomiting. O157:H7 is the number one cause of acute kidney failure in young children. In addition to the above symptoms, the strain can also lead to life-threatening symptoms such as:

It is crucial to get emergency medical care if you have any symptoms associated with O157:H7.

If you, or a loved one, suffer from e. coli poisoning as a result of being exposed to contaminated food or water, contact the legal team of Buffalo, New York O157:H7 E. coli infection attorneys at the Dietrich Law Firm P.C. today so that we can help you.

Fortunately, most cases of E. coli usually go away on their own. Healthy people that become infected with E. coli tend to start feeling better within about 7 days. However, some people, especially children and older people, may develop hemolytic uremic syndrome. Hospitalization is required for hemolytic uremic syndrome and commonly treated with blood transfusions, IV fluids and dialysis.

DID YOU DEVELOP HEMOLYTIC UREMIC SYNDROME AFTER INGESTING FOOD CONTAMINATED WITH E. COLI IN BUFFALO, NIAGARA FALLS, ROCHESTER OR OTHER PARTS OF NEW YORK STATE?

CALL JED DIETRICH, ESQ. AND HIS TOP RATED AND HIGHLY EXPERIENCED TEAM OF HEMOLYTIC UREMIC SYNDROME ATTORNEYS IN BUFFALO, NEW YORK AT 716-839-3939 FOR THE HELP THAT YOU NEED!

The only way for your doctor to know for certain whether or not you have an E. coli infection is to have a sample of your stool analyzed at a lab. E. coli types commonly associated with diarrhea can be treated with antibiotics to shorten the duration of your symptoms. Nevertheless, antibiotics should not be taken to treat STEC, because they can boost the creation of Shiga toxins.

Those suffering from E. coli infections should get plenty of rest and drink lots of water to replace all of the fluids lost through diarrhea and vomiting. Also, avoid taking any anti-diarrheal medicines, because it will slow down your digestive system and make it more difficult for your body to get rid of the toxins. When you begin feeling better, eat foods low in fiber such as toast, crackers, rice or eggs. Avoid fatty foods and dairy products because they can make your symptoms worse.

If you, or a loved one, suffered from an E. coli infection caused by contaminated food or drinks, you may have a legal right to compensation. Contact the Dietrich Law Firm P.C.’s team of highly experienced, aggressive, tenacious and hardworking Buffalo, New York E. Coli infection attorneys today to learn more about your legal rights. We can be reached 24 hours per day and 7 days per week at 716-839-3939. Call us today!

Call the Dietrich Law Firm P.C. immediately at 716-839-3939 so that our aggressive, tenacious and hardworking personal injury lawyers can fight to obtain the best result for your personal injury claim in Buffalo, New York. We are available 24 hours a day, 7 days a week, and there is never a fee until we WIN for you!
Contact Us
Practice Areas
Client Reviews
★★★★★
I am a medical doctor and have worked with many of the best lawyers in Buffalo and I can say without question that Jed Dietrich is the only lawyer I would trust with my injury case in Buffalo New York. B.O.
★★★★★
Dogged, Determined, and Dead-set on getting you the Maximum settlement for your injuries! T.F.
★★★★★
No one will work harder, smarter or better; I have retained Jed and he obtained the best result for my case. D.P.
★★★★★
The definition of an "A" type personality-exactly who I would want to represent me in a serious personal injury case. E.S.
★★★★★
Jed is a Master in the courtroom without an equal. S.C.
View More
Submit a Law Firm Client Review