Contact Jed Dietrich, Esq. And His Experienced Team Of Buffalo, New York Food Injury Attorneys So That We Can Help You Obtain The Compensation You Deserve For Your Food Injury. 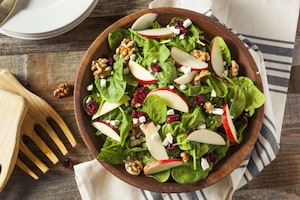 Throughout the world, millions of pounds of food are consumed daily. People often go out to eat, grab pre-made meals from the store or heat up a frozen meal. Many of these meals are made in factories with machines and several employees. Although there are standards in place to ensure the quality of food, occasionally non-edible or foreign objects can get mixed in. This can cause a serious injury to your mouth, gums, teeth and digestive tract. A foreign object food injury can occur when a non-edible object is inside or mixed-in with food that you are eating.

Objects that have been found in food in the past include:

WERE YOU INJURED BECAUSE OF A FOREIGN OBJECT IN YOUR FOOD IN BUFFALO, NIAGARA FALLS, ROCHESTER OR OTHER PARTS OF NEW YORK STATE?

CALL JED DIETRICH, ESQ. AND HIS TOP RATED AND HIGHLY EXPERIENCED PERSONAL INJURY TEAM AT 716-839-3939 NOW TO OBTAIN THE HELP THAT YOU NEED!

Foreign objects commonly end up in food because of:

As you can imagine, biting down or swallowing foreign objects can cause serious harm to your mouth, jaw, tongue, throat, stomach, intestines and other internal organs. In rare cases, the injury could require surgical removal of the object.

If you have injured yourself by biting down on or ingesting a foreign object that was in your food, call Jed Dietrich, Esq. and his elite Buffalo, New York foreign object injury attorneys. Our personal injury lawyers will investigate your claim and fight all parties responsible for your injury. Since 1999, Jed Dietrich, Esq. has obtained over $175 Million in verdicts and settlements on behalf of his clients in Buffalo, New York; Niagara Falls, New York; Rochester, New York and throughout New York State.

Furthermore, Jed Dietrich, Esq. is named as a Top 10 Personal Injury Attorney by Attorney and Practice Magazine and is recognized as a New York Super Lawyer for his hard work and dedication in personal injury law. Jed Dietrich, Esq. and his staff at the Dietrich Law Firm P.C. strive to provide the highest level of personal injury service to all of our clients. Call now for a free consultation at 716-839-3939.

On average, Americans eat out 5.9 times per week. This ranges from grabbing a breakfast sandwich before work to going out to dinner with the family. If you are injured by a foreign object in your food, it is essential that you gather as much evidence as possible so that the liable party can be held accountable.

If you find a foreign object in your food at a RESTAURANT:

If you find a foreign object in your FROZEN OR PRE-MADE MEAL:

Finally, speak with an experienced staff member at the Dietrich Law Firm P.C. for a free consultation at 716-839-3939, to learn your legal rights. We are available 24 hours per day and 7 days per week to provide you with a personalized assessment of your claim.

What Injuries Could You Sustain From Swallowing A Foreign Object In Food? 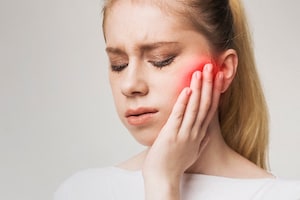 Accidently swallowing an object that is not meant for consumption can cause serious, and sometimes permanent, injuries. For example, if a hard object like glass, rocks or a tooth are bitten down on, it can cause injuries to the jaw, gums or teeth. If the object is sharp, it could cut the inner cheeks, tongue or gums. Furthermore, if the object is contaminated with bacteria, it could cause an infection. If it is an allergen, it could cause a deadly allergic reaction.

A study done by four medical doctors found that when a foreign object is swallowed by an adult, approximately 20% of cases required an endoscopy—a long tube used to see into the internal organs—and 1% required surgery. If the object is sharp, it would likely perforate the patient’s intestines, requiring emergency surgery.