Jed Dietrich, Esq. and His Team of Lawyers and Paralegals at the Dietrich Law Firm P.C., Recognized as a Best Law Firm of America, Fight to Obtain the Best Result for People Suffering from Illnesses Caused by Toxic Pesticides in Fruits and Vegetables. 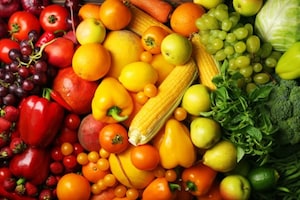 Almost 70 percent of all fresh produce sold in the United States contains residues of hazardous pesticides. Although these chemicals are often legal, most have the potential to be harmful in even minuscule quantities. Each year, the United States Department of Agriculture (USDA) tests over 43,000 samples of fruits and vegetables. Before performing its analysis, the USDA scrubs, washes and peels the produce in the same manner that a consumer would. Toxicologists and other scientists at the Environmental Working Group (EWG) compared the levels of pesticide contamination found by the USDA in 47 different fruits and vegetables. Based on their comparison, the EWG ranks the tested fruits and vegetables with the highest levels of toxic pesticides in what is known as the “Dirty Dozen”. The EWG also lists produce that contains the lowest levels of chemical pesticides, which is referred to as the “Clean Fifteen”. Both of these lists provide consumers with a useful shopper’s guide to greatly reduce exposure to potentially harmful pesticides.

Stories of illnesses and other health problems linked to pesticide residues are becoming more and more prevalent throughout the country. Tragic events like these inspire Jed Dietrich, Esq. to strive to provide the highest level of personal injury service to victims that suffer from illnesses after being exposed to fruits and vegetables contaminated with dangerous pesticides and other toxins. The Dietrich Law Firm P.C.’s team of toxic fruit and vegetable illness and injury lawyers is highly experienced, aggressive, tenacious and hardworking. We are determined, disciplined and dedicated to obtaining the best possible results for people injured through exposure to toxic amounts of pesticides in food. Contact us today at 716-839-3939 for the help that you need!

Fruits And Veggies Containing The Highest Amounts Of Toxins

Fruits and vegetables contaminated with the highest levels of toxic pesticides include: 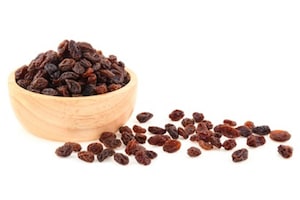 Raisins were included in the Department of Agriculture’s most recent pesticide residue tests for the first time since 2007. Raisins were not ranked on the “Dirty Dozen” list because the list only contains fresh foods. Nevertheless, at least two pesticides were found in 99 percent of the 670 raisin samples analyzed. Each sample of raisins, on average, contained more than 13 different pesticides. One sample was contaminated with 26 pesticides. While grapes were number 6 on the dirty list, toxicologists with the EWG are still analyzing why raisins have significantly higher amounts of pesticides than the grapes they were dried from. In 2017, each American ate around 1.25 pounds of raisins, nearly two-third of which were ingredients in other foods. Children under 15 years old consume roughly half of all raisins eaten in the United States, which is approximately 208 million pounds each year. This is especially alarming because young children are particularly vulnerable to even small traces of pesticides.

HAVE YOU, OR A LOVED ONE, SUFFERED FROM A HEALTH CONDITION CAUSED BY CONSUMING FRUITS OR VEGETABLES POISONED WITH EXCESSIVELY HIGH LEVELS OF TOXINS?

CALL JED DIETRICH, ESQ. AND HIS TOP RATED AND HIGHLY EXPERIENCED TEAM OF FOOD ILLNESS INJURY LAWYERS AT 716-839-3939 NOW TO OBTAIN THE HELP THAT YOU NEED!

Other Dangerous Toxins Found In Produce

The neurotoxic insecticide chlorpyrifos, which even at low levels can damage children’s nervous systems and brains, was found in 5 percent of conventional raisin samples. Although the State of California recently banned this toxin due to the risks it presents to farm workers and children, it is still permitted under federal law. Another dangerous chemical noted by the EWG was neonicotinoids. Extensive studies have made it apparent that neonicotinoids are extremely toxic to bees and other species that pollinate. Other research has indicated that neonics may be hazardous to developing fetuses and children. Yet, the USDA’s analysis found nearly one-fifth of fruit and vegetable samples were contaminated with the toxin. While the three neonicotinoid pesticides clothianidin, imidacloprid and thiamethoxam are all prohibited for use in the EU, over 50 percent of lettuce, potato and spinach samples analyzed were tainted with at least one of the above. Further, more than 25 percent of watermelon, strawberry and cherry samples contained one or more of those same neonics.

Most pesticide residues the USDA found in their analyzed produce samples fell within limits mandated by the government. However, the Environmental Working Group and other advocacy groups argue that just because the levels of toxin residues found are legal, it still does not imply that they are safe. Dr. Carl Winter, a professor of toxicology at the University of California, believes that 3 fundamental factors must be considered to accurately assess the dangers pesticides pose to consumers, including:

Since 1999, Jed Dietrich, Esq. has exclusively handled serious personal injury cases. Jed Dietrich, Esq. has battled to obtain over $175 Million in verdicts and settlements for people who suffered injuries and illnesses throughout the country. The Dietrich Law Firm P.C.’s team of highly experienced and top rated pesticide illness and injury lawyers possess the knowledge and proficiencies required to systematically investigate your pesticide-related health condition, and ensure that you are in a position to receive the highest possible recovery for your damages. Contact us today at 716-839-3939 for your free consultation. We can be reached 24 hours per day and 7 days per week.

Call the Dietrich Law Firm P.C. immediately at 716-839-3939 so that our aggressive, tenacious and hardworking personal injury lawyers can fight to obtain the best result for your personal injury claim throughout the United States. We are available 24 hours a day, 7 days a week, and there is never a fee until we WIN for you!