Making a Claim for Wrongful Conviction

Contact Jed Dietrich, Esq., Recognized as a Best Lawyer of America and New York Super Lawyer, if You Were Convicted of a Crime That You Did Not Commit in Buffalo, New York; Niagara Falls, New York; Rochester, New York or Throughout New York State. 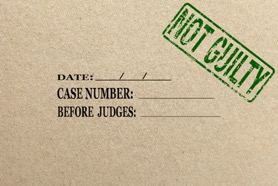 A wrongful conviction is a judgment of guilt against an individual who is actually innocent of a crime.

There are many instances throughout the United States of innocent people being wrongfully convicted and forced to serve lengthy prison sentences for crimes they did not commit. On average, those proven to have been wrongfully convicted by means of post-conviction DNA analysis are locked up for more than 14 years.

Those who have been wrongfully convicted and imprisoned suffer greatly. They suffer a loss of freedom and are often deprived for years, or even decades, of their family, friends, education and the potential of establishing a career. Unfortunately, the impact of a wrongful conviction does not disappear at the moment of exoneration. Instead, the punishment continues to linger on long after innocence is proven because those wrongfully convicted are released with no housing, car, money, mental health services or health insurance.

When an innocent person has his or her freedom taken away, there is no question that justice requires that individual be compensated for the damages they incurred. The Dietrich Law Firm P.C. team possesses the experience and skill necessary to ensure that justice is served and that you are fully compensation for your lost time and other damages. Jed Dietrich, Esq. has secured over $175 million in verdicts and settlements for his clients and he will thoroughly investigate your wrongful conviction to attempt to obtain the best result for your claim. The Dietrich Law Firm P.C.’s team of wrongful conviction claim lawyers in Buffalo, New York is highly experienced, aggressive, tenacious and hardworking. Call us today at 716-839-3939 to find out if you may be entitled to monetary compensation for your losses. We can be reached 24 hours per day and 7 days per week, and there is never a fee unless we WIN for you!

Making A Claim For Wrongful Conviction In New York

The injustice of a wrongful conviction can happen for a number of reasons. Often, wrongful convictions are the result of misidentification by eyewitnesses, false or coerced confessions, bad forensic science, and jailhouse informants seeking more lenient sentences in return for testimony against the accused.

Fortunately, Section 8-b of the New York State Court of Claims Act provides some victims of wrongful convictions with the right to bring a claim against New York State for time wrongfully spent in prison.

To be eligible for compensation for a wrongful conviction under this statute, the wrongfully convicted individual must be able to prove that:

The wrongfully convicted individual must prove these factors by clear and convincing evidence, or evidence that is substantially more likely to be true than untrue.

If a wrongfully convicted individual is entitled to a judgment in his or her favor, the court shall award monetary damages as the court determines will fairly and reasonably compensate him or her.

What Options Are There For Those Who Were Wrongfully Convicted?

Over the last several years, there have been various reports regarding actions that can be taken in order to lower the amount of wrongful convictions. The Innocence Project pinpointed police jumping to conclusions and tunnel vision as two of the primary causes of wrongful convictions. Sometimes, investigators and police clearly make all the evidence fit the person of interest. This significantly decreases the odds that police will examine other possible offenders, and diminishes the importance they place on interrogations of other suspects. Tunnel vision causes investigators to lose all objectivity when reviewing additional or conflicting evidence. In short, they already have their supposed perpetrator and refuse to look elsewhere.

Research conducted by the Brookings Institute demonstrated that plea deals can lead to an exceptionally high number of wrongful convictions. People often wonder what would cause an innocent person to plead guilty. Suspects may plead guilty to a crime they did not commit as a result of intense interrogation tactics. Innocent people have been known to admit to crimes they did not commit in an effort to escape a frightful and uncomfortable situation. Police may make the suspect feel like they have so much evidence against them that pleading guilty is the only way to avoid facing a much longer prison sentence that being found guilty at trial might result in.

It is crucial for anyone wrongfully convicted of a crime to hire an experienced lawyer to represent them. The Dietrich Law Firm P.C.’s team of Buffalo, New York wrongful conviction claim attorneys will thoroughly examine the complete record of your case to uncover what wrongdoing occurred and how you were impacted by it physically, emotionally and financially. If you were wrongfully convicted of a crime, our seasoned team of trial lawyers will work to fight against the injustice you suffered in order to get you the compensation that you deserve. Contact us today at 716-839-3939. We are available 24 hours per day and 7 days per week to help you.

WERE YOU WRONGFULLY CONVICTED OF A CRIME THAT YOU DID NOT COMMIT IN BUFFALO, NIAGARA FALLS, ROCHESTER OR OTHER PARTS OF NEW YORK STATE?

CALL JED DIETRICH, ESQ. AND HIS TOP RATED AND HIGHLY EXPERIENCED TEAM OF WRONGFUL CONVICTION ATTORNEYS IN BUFFALO, NEW YORK AT 716-839-3939 TO FIND OUT IF YOU MAY BE ELIGIBLE FOR COMPENSATION.