Jed Dietrich, Esq. and His Team of Lawyers and Paralegals at the Dietrich Law Firm P.C., Recognized as a Best Law Firm of America, Fight to Obtain the Best Result for Innocent People Who Were Wrongfully Convicted of Crimes. 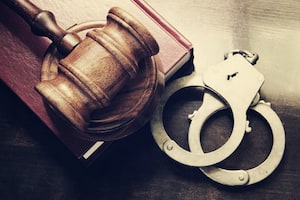 There are countless innocent individuals wrongfully convicted and spending time behind bars throughout the United States. Every instance of a wrongful conviction is a direct threat to the public’s trust in our justice system. There are now on average more than three exonerations every week. Those who have been exonerated for crimes they did not commit often spend years, if not decades, in the penitentiary system. Reentry into society is typically full of challenges, even for those who only spent a brief time in prison.

After finally being released, many exonerees are left trying to pick up the pieces and attempt to completely rebuild their lives. Due to the severity that the consequences of a wrongful conviction can have on someone, it is crucial to work to end these grave injustices. Although no amount of money will ever be enough for the harm exonerees suffer, we want to make certain that New York State provides adequate compensation so that exonerees can rebuild their lives.

If you, or a loved one, were wrongfully convicted, you can count on the Dietrich Law Firm P.C. to fight to make up for the injustice that you suffered. Jed Dietrich, Esq. will systematically investigate the details of your wrongful conviction claim and determine whether you have a valid claim for compensation. The Dietrich Law Firm P.C.’s team of wrongful conviction lawyers in Buffalo, New York is highly experienced, aggressive, tenacious and hardworking. Every day, Jed Dietrich, Esq. is determined, disciplined and dedicated to obtaining the best possible results for victims of wrongful convictions.

Jed Dietrich, Esq. obtained over $175 million in verdicts and settlements for his clients, and always strives to secure the best outcome possible. Hire the Dietrich Legal Team of Buffalo, New York attorneys for the wrongfully convicted to battle to obtain the best result for your wrongful conviction claim. Our goal is to help you get back on your feet and to get your life back after a wrongful conviction. Contact us today at 716-839-3939 to find out if you may be eligible for monetary compensation for your damages. We can be reached 24 hours per day and 7 days per week, and there is never a fee unless we WIN for you!

Challenges Faced By The Wrongfully Convicted After An Exoneration

Wrongfully convicted individuals tend to lose all hope in the justice system and may be prepared to serve their entire sentences, if not their lives, behind bars. Oftentimes, those who have been wrongfully convicted are so focused on getting released that they are not prepared for the challenges outside of prison. There are countless obstacles faced by exonerees attempting to re-enter society and take back their lives after long prison sentences. Those individuals exonerated after spending many years in prison often face challenges, including:

Our team of wrongful conviction lawyers in Buffalo, New York will aggressively and tenaciously pursue monetary compensation after you were wrongfully convicted and imprisoned. Since 1999, Jed Dietrich, Esq., recognized as a Best Lawyer of America and New York Super Lawyer, has fought to secure winning results for his clients. The Dietrich Law Firm P.C. is dedicated and determined to get you the best possible result after you were wrongfully convicted in Buffalo, New York; Niagara Falls, New York; Rochester, New York and throughout New York State. Do not wait any longer. Contact our team today for your free consultation. We are available 24 hours per day and 7 days per week at 716-839-3939.

Being wrongfully convicted of a crime is a nightmare that nobody should have to encounter alone. We represent clients in wrongful conviction claims and are passionate about helping victims pursue legal relief and justice for the numerous damages and injuries they suffered.

The Court of Claims in New York determines the amount an exoneree receives after his or her release. Wrongfully convicted individuals can bring a variety of claims related to their unjust convictions for time unlawfully spent locked up. In order to bring a lawsuit, you are required to have been convicted of a crime, to have served time in prison and to have been subsequently released because of your innocence. If you are successful with your claim, recoverable damages may include:

It is important to note that the amount received can vary immensely depending on the severity of the misconduct involved, the amount of time served and the actual damages suffered. While you may never be able to regain the time that was robbed from you, we want to help make it possible for you to begin to live your life again. Please note that lawsuits are generally required to be filed within 2 years after receiving a dismissal or pardon of the indictment or complaint that resulted in your conviction—so you must act fast. Contact the Dietrich Law Firm P.C. today for the help that you need. We can be reached at 716-839-3939. Call us today!

WERE YOU EXONERATED FOR A CRIME THAT YOU DID NOT COMMIT IN BUFFALO, NIAGARA FALLS, ROCHESTER OR OTHER PARTS OF NEW YORK STATE?

CALL JED DIETRICH, ESQ. AND HIS TOP RATED AND HIGHLY EXPERIENCED TEAM OF WRONGFUL CONVICTION LAWYERS IN BUFFALO, NEW YORK AT 716-839-3939 NOW TO OBTAIN THE HELP THAT YOU NEED!