Jed Dietrich, Esq. and His Team of Lawyers and Paralegals at the Dietrich Law Firm P.C., Recognized as a Best Law Firm of America, Fight to Obtain the Best Result for People Who Were Falsely Imprisoned for Crimes They Did Not Commit. 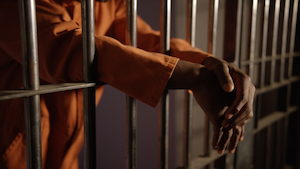 Many innocent people throughout New York and across the United States have wasted years, even decades, behind bars for crimes that they never committed. These unfair and unwarranted convictions significantly derail the lives of everyone involved. Those wrongfully accused and falsely imprisoned have their liberty and freedom stolen from them. In the meantime, their families are forced to live without them, whether it is children deprived of their parents or parents left without children. Studies show that approximately 2.3% - 5% of those currently serving time in prison are actually innocent, which could mean up to 120,000 prisoners throughout the country.

Even for falsely imprisoned people that are fortunate enough to be later exonerated, it is impossible to get those precious years back that they have lost. Exonerees may no longer be familiar with the world that they are released into, and are forced to try and put the pieces of their lives back together by themselves. Wrongful convictions and false imprisonments erode everyone’s confidence in the criminal justice system. Most people take for granted that the system protects innocent people from such egregious injustices.

Stories of innocent people being imprisoned for crimes they did not commit are becoming more and more prevalent throughout the United States. Heartbreaking happenings like these inspire Jed Dietrich, Esq. to strive to provide the highest level of legal representation to the people of Western New York each and every day. If you were just exonerated, it is crucial that you contact an experienced law firm like the Dietrich Law Firm P.C. to evaluate your claim. The Dietrich Law Firm P.C.’s team of false imprisonment attorneys in Buffalo, New York is highly experienced, aggressive, tenacious and hardworking. We are determined, disciplined and dedicated to obtaining the best possible results for people in Buffalo, New York; Rochester, New York; Niagara Falls, New York; throughout New York State and beyond.

Since 1999, Jed Dietrich, Esq. has fought for his clients against many different forms of injustice. Jed Dietrich, Esq. has battled to obtain over $175 Million in verdicts and settlements for his clients and will fight relentlessly against those who unconstitutionally deprive individuals of their freedom. The Dietrich Law Firm P.C.’s team of highly experienced and top rated Buffalo, New York incarceration by mistake lawyers possess the knowledge and skills necessary to methodically investigate your false imprisonment claim and ensure that you are in a position to receive the highest possible recovery for your lost time and damages. Contact us today at 716-839-3939 for your free consultation. We can be reached 24 hours per day and 7 days per week.

Why Are Innocent People Incarcerated?

Innocent people may be unjustly arrested, improperly held or imprisoned for excessively long periods of time based upon the most frivolous reasons. People are commonly wrongfully arrested or imprisoned due to the following reasons:

WERE YOU INCARCERATED BY MISTAKE FOR A CRIME THAT YOU DID NOT COMMIT IN BUFFALO, NIAGARA FALLS, ROCHESTER OR OTHER PARTS OF NEW YORK STATE?

CALL JED DIETRICH, ESQ. AND HIS TOP RATED AND HIGHLY EXPERIENCED TEAM OF INCARCERATION BY MISTAKE LAWYERS IN BUFFALO, NEW YORK AT 716-839-3939 NOW TO OBTAIN THE HELP THAT YOU NEED!

Why Are People Found Guilty Of Crimes They Did Not Commit?

This question is complicated and there is no simple answer. Every false imprisonment or wrongful conviction has a unique set of circumstances, but most can be traced back to a few prevalent causes. The National Registry of Exonerations examined all of the exonerations since 1989 and identified these main reasons: 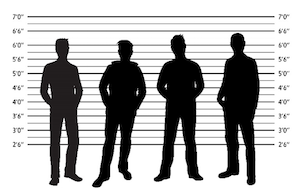 Call the Dietrich Law Firm P.C. today at 716-839-3939 so that our aggressive, tenacious and hardworking Buffalo, New York incarceration by mistake lawyers can fight to obtain the best result for your wrongful conviction claim in Buffalo, New York; Rochester, New York or throughout New York State. We are available 24 hours per day and 7 days per week, and there is never a fee unless we WIN for you!