Jed Dietrich, Esq. and His Top Rated Team of Wrongful Conviction Compensation Lawyers at the Dietrich Law Firm P.C. Will Fight for the Compensation That You Deserve if You Were Wrongfully Convicted in New York State. 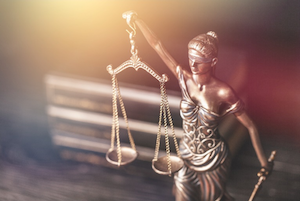 Although no amount of money can truly make up for the time, experiences and relationships that you lost if you were wrongfully convicted and imprisoned, initiating a claim against New York State for monetary compensation can assist you in being able to move forward from the injustice that you suffered.

Section 8-B of the Court of Claims Act allows individuals who can demonstrate by clear and convincing evidence that they were wrongfully convicted and imprisoned, to recover for their damages against New York State. Claims for damages resulting from a wrongful conviction must be filed within two years of the pardon or dismissal of claims.

If you were wrongfully convicted and imprisoned as a result, contact Jed Dietrich, Esq., recognized as a Best Lawyer of America and New York Super Lawyer, today. Jed Dietrich, Esq. and his aggressive, tenacious and hardworking team of wrongful conviction compensation lawyers in Buffalo, New York have battled to secure over $175,000,000.00 for their clients. Every day, the Dietrich Law Firm P.C. legal team strives to provide the highest level of legal representation to the people of New York State. Contact us today so that we can fight for the compensation that you deserve after an injustice like a wrongful conviction. We are available 24 hours per day and 7 days per week at 716-839-3939, and there is never a fee unless we WIN for you! Call us today.

ARE YOU ELIGIBLE FOR MONETARY COMPENSATION BASED ON A WRONGFUL CONVICTION AND IMPRISONMENT IN BUFFALO, NIAGARA FALLS, ROCHESTER OR OTHER PARTS OF NEW YORK STATE?

CALL JED DIETRICH, ESQ. AND HIS TOP RATED AND HIGHLY EXPERIENCED TEAM OF WRONGFUL CONVICTION ATTORNEYS IN BUFFALO, NEW YORK AT 716-839-3939 NOW TO OBTAIN THE HELP THAT YOU NEED!

How Much Is A Wrongful Conviction Case Worth In New York State?

Background: Daniel Gristwood was a 29-year-old man who was convicted of the attempted murder of his wife and sentenced to 12.5 to 25 years in a New York State prison in 1996. When another person confessed to the crime approximately 9 years later, Mr. Gristwood’s conviction was vacated and he was set free in 2005.

Damages: Mr. Gristwood was imprisoned for approximately 9 years and experienced anxiety, depression and post-traumatic stress disorder during that time. Because of Mr. Gristwood’s imprisonment, he was rarely able to see his children, which resulted in a strained father-child relationship after his release.

WERE YOU WRONGFULLY CONVICTED AND IMPRISONED BECAUSE OF POLICE COERCION? CALL JED DIETRICH, ESQ. AND HIS TEAM OF WRONGFUL CONVICTION COMPENSATION ATTORNEYS IN BUFFALO, NEW YORK AT 716-839-3939 NOW TO OBTAIN THE HELP THAT YOU NEED!

Background: Jabbar Collins was charged with two counts of second-degree murder and attempted murder in 1995. Mr. Collins was sentenced to consecutive terms of 25 years to life and 8 1/3 to 25 years. Approximately 15 years and 3 months after his incarceration, Mr. Collins’s conviction and sentence were vacated and he was released from prison.

Claim: Mr. Collins filed a habeas corpus petition and claimed the state had suppressed Brady material and used false and misleading argument and evidence which led to his conviction.

Damages: Mr. Collins sought compensation for his 15-year and 3-month wrongful imprisonment, loss of liberty, past and future mental and emotional suffering and physical illnesses and injury; attorney’s fees and expenses; and lost earnings and reduced earning potential.

WERE YOU WRONGFULLY CONVICTED AND IMPRISONED BECAUSE A PROSECUTOR SUPPRESSED BRADY MATERIAL OR USED FALSE AND MISLEADING EVIDENCE TO SECURE YOUR CONVICTION AND IMPRISONMENT?

In 2009, Hector Gonzalez obtained a $1,683,189.00 judgment for a claim of wrongful conviction and imprisonment under Section 8-b of the Court of Claims Act. More information about Mr. Gonzalez’s claim can be found here.

In 2017, Alan Newton secured a $1,450,000.00 judgment for a claim of unjust conviction and imprisonment under Section 8-b of the Court of Claims Act. More information about Mr. Newton’s claim can be found here. 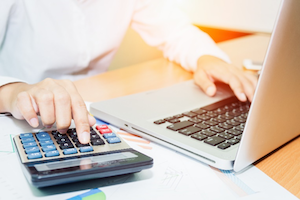 Determining how much compensation you are entitled to after you were wrongfully convicted and imprisoned is complicated. By securing the assistance of Jed Dietrich, Esq., an experienced litigator, you will have access to world-renowned expert economists, vocational therapists and physicians to help you establish your damages and calculate the compensation that you may be entitled to.

Contact the Dietrich Law Firm P.C.’s team of wrongful conviction compensation lawyers in Buffalo, New York today. We are dedicated and determined to fight for the justice that you deserve if you were wrongfully convicted in Buffalo, New York; Niagara Falls, New York; Rochester, New York or throughout New York State. Call us today at 716-839-3939 so that we can help you. We can be reached 24 hours per day and 7 days per week, and there is never a fee unless we WIN for you.