The Dietrich Law Firm P.C.’s Experienced Attorneys Want to Help You Obtain Maximum Compensation for the Injuries You Sustained in Your Lockport, New York Car Accident. 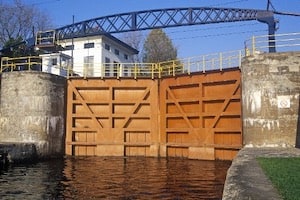 Since 1999, Jed Dietrich, Esq. and his experienced team of trial lawyers have secured over $175,000,000 dollars in verdicts and settlements on behalf of our clients in Lockport, New York; Buffalo, New York; Niagara Falls, New York and throughout New York State. Furthermore, the Dietrich Law Firm P.C. has been named as a Top 10 Law Firm for Client Satisfaction in Buffalo, New York. We are proud to represent clients in Lockport, New York. We want to help you obtain the compensation you deserve for your injuries. There is never a fee unless we win for you. Never settle for less! Call now at 716-839-3939.

What Collisions Have Occurred In Lockport, New York?

In 2018, the Insurance Institute for Highway Safety found that 56% of head-on collisions resulted in fatalities. The fatality rate was followed by side-impact collisions at 23% and rear-end collisions at 6%. There were two fatal, head-on collisions in Lockport, New York in the past few years: one collision occurred on Route 93 and the other on Dysinger Road. 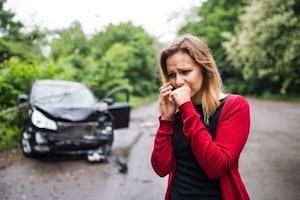 The most common types of car accidents include:

The speed and point-of-impact of the vehicles can drastically change the gravity of a car accident and the injuries sustained. The following factors may determine the severity of damages to the person(s) and the vehicle(s) involved:

The National Traffic Highway Safety Administration found that using a seatbelt in the front seat can decrease the chances of fatality by 45% and reduce the chance of serious injury by 50%. The driver and passenger(s) in a vehicle should follow standard safety precautions to limit the possibility of serious or fatal injuries in the event of a Lockport, New York car accident.

HAVE YOU, OR A LOVED ONE, BEEN A VICTIM OF A CAR ACCIDENT IN LOCKPORT, NEW YORK?

WE WANT TO HELP YOU!

Where Can You Treat After A Lockport, New York Car Accident?

Our Lockport, New York car accident lawyers have represented countless clients in serious personal injury claims. Jed Dietrich, Esq. is recognized as a Best Lawyer for being in the top 5% of practicing attorneys in the United States. We want you to have the most experienced car accident lawyers working on your claim. The Dietrich Law Firm P.C. always strives to provide the highest level of personal injury service to our clients in Lockport, New York. Jed Dietrich, Esq. has been paid $1 million dollars, or more, over 38 times by insurance companies on behalf of his clients in Lockport, New York; Niagara Falls, New York; Rochester, New York and throughout New York State.