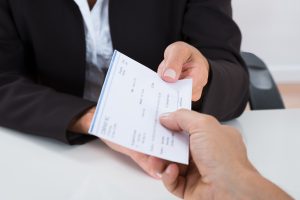 Victims often turn to personal injury claims to recoup their losses after being injured in accidents. If the verdict is in the plaintiff’s favor, they can obtain a monetary award for their losses. One type of damage awarded to victims is called compensatory damages. Compensatory damages are designed to pay victims money to cover the costs related to their injuries and other losses. In other words, this type of damage is awarded to compensate plaintiffs for the actual losses they have suffered. For instance, if a careless motorist smashed into your car and totaled it, the compensatory damages would equal the fair market value of your vehicle when it was demolished, minus the salvage value or any usable parts. The two types of compensatory damages that courts can award to plaintiffs are special damages and general damages.

Special damages are quantifiable and easily calculated because they are based upon the actual costs incurred by a victim because of the accident. These damages are intended to replace everything that was lost and nothing more. In addition to hospital bills and other medical expenses, victims can obtain compensation for damage to property, lost wages, and other related out-of-pocket expenses. The amount awarded to a victim is based on a set formula because these losses can be easily proven and verified by concrete evidence. Some other common examples of special damages include:

END_OF_DOCUMENT_TOKEN_TO_BE_REPLACED 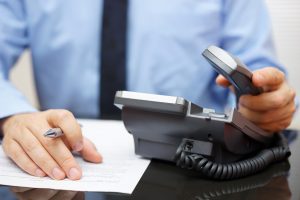 Victims suffer injuries in tens of millions of severe accidents every year, such as slips and falls, collisions, and dog bites. Most of these injuries are caused by someone else’s negligence or even recklessness. The consequences of being involved in an accident can range from serious personal injuries and post-traumatic stress disorder to the destruction of property and costly hospital bills. Over 40 million accident victims require medical care due to various personal injuries each year. If you or a loved one have been injured due to someone else’s negligence, you may be wondering what type of lawyer to call.

If you, or a family member, have been injured in an accident that was caused by another’s carelessness, a personal injury lawyer is someone who can provide you with legal representation. Personal injury lawyers specialize in tort law, including negligent and intentional acts. This type of attorney focuses on pursuing monetary compensation for accident victims through civil litigation. It is crucial to choose a lawyer who has significant experience litigating the type of injury related to your case.

END_OF_DOCUMENT_TOKEN_TO_BE_REPLACED 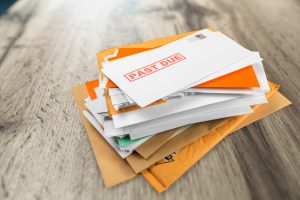 Injured accident victims often wonder if they will receive compensation for their hospital bills and other medical expenses. In personal injury lawsuits involving slips and falls, dog bites, or even food poisonings, tortfeasors are supposed to pay the victims. However, consulting with a highly experienced personal injury attorney is extremely important. Obtaining the right legal advice and proper guidance can make a huge difference in receiving enough compensation to cover your medical bills.

Who Is Responsible For Paying Car Accident-Related Medical Expenses?

Suppose that you, or someone close to you, have been injured in a Buffalo, New York car accident. Regardless of who was responsible, your auto insurance company will pay your medical bills. As such, both drivers and their passengers must file claims against the no-fault insurance coverage of the vehicle that they were in. Personal injury protection coverage is intended to pay accident victims for their hospital bills and other economic damages. The minimum no-fault insurance coverage will pay up to $50,000 for medical costs, lost earnings, and certain other expenses. In severe collisions involving catastrophic injuries or fatalities, victims may be eligible to pursue additional damages against the liable driver.

END_OF_DOCUMENT_TOKEN_TO_BE_REPLACED 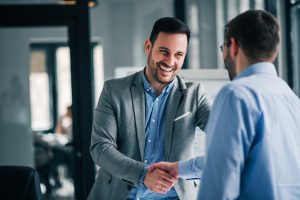 An accident victim could file a claim against an employer if their employee caused their accident in certain situations. Since the employee caused the accident, you may be wondering how the victim can pursue a personal injury lawsuit against their employer. The answer lies in an old legal theory called respondeat superior. Respondeat superior originates from an ancient Latin saying, “let the master answer.” This principle held masters legally responsible for the actions of their servants. In the modern world, respondeat superior is still commonly applied in common law to hold employers liable for the actions of their employees.

Respondeat Superior In The Present Day

The legal theory of respondeat superior began from the idea that workers have only limited financial capacity. Additionally, negligent or reckless conduct of superiors, such as masters and employers, must be contained. Once a relationship between the employer and the employee has been established, a respondeat superior relationship is created, and the employer can be held legally responsible for an employee’s negligent actions or omissions if they occur during the scope of their employment. Since employers typically have higher insurance policies and more assets to pay for damages than their employees, victims have a much better chance of recovering adequate compensation.

END_OF_DOCUMENT_TOKEN_TO_BE_REPLACED 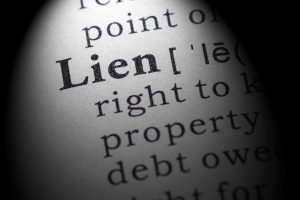 Many accident victims seeking damages in personal injury lawsuits are surprised to learn that an insurance company, doctor’s office, physical therapy clinic, or another party has placed a medical lien against their monetary compensation. As a result, victims may receive significantly less money than they anticipated. Since liens can substantially affect your financial outcome, knowing what they are and exactly how they work is crucial.

How Are Medical Liens Used?

After suffering injuries in an accident, most victims cannot afford to pay for their medical treatment upfront. Instead, third parties, such as government agencies, insurance companies, or hospitals, cover the costs. These third parties have a legal right to seek reimbursement for their expenses. Medical liens are often enforced against a victim’s settlement or jury award to collect payment for treatment provided. Medical liens are most frequently utilized in the following four circumstances:

END_OF_DOCUMENT_TOKEN_TO_BE_REPLACED

Loss of consortium is a term used in personal injury law that refers to the deprivation of the benefits of a family relationship because of injuries suffered in an accident. Under New York law, injured victims may be eligible to obtain monetary compensation for the loss of consortium and companionship. These claims are intended to remedy marital damages that the victim and their spouse have suffered. Loss of consortium claims are generally made when the injuries suffered are long-lasting, devastating, or debilitating.

Who Can Bring A Loss Of Consortium Claim?

In New York State, spouses of injured victims can claim the loss of consortium or companionship. Unfortunately, this does not include life partners or significant others. If a spouse contributed financially to their household and family expenses, the claim might consist of loss of financial support. This amount is determined by the sum of money the spouse would have contributed to the family had they not been injured.

END_OF_DOCUMENT_TOKEN_TO_BE_REPLACED 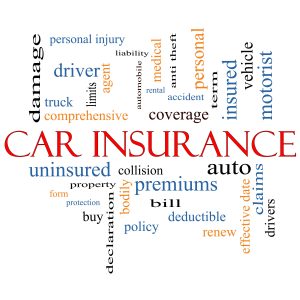 If you, or a family member, have suffered injuries in a Buffalo, New York car accident, you may be entitled to obtain monetary compensation. However, New York is a “no-fault” state which means that regardless of who was responsible for the crash, both drivers and passengers must file claims against the no-fault insurance of the vehicle that they were in. Under New York law, proof of no-fault insurance, also commonly referred to as personal injury protection (PIP) coverage, is required before registering a vehicle. Personal injury protection coverage promptly pays accident victims for their economic damages, such as hospital bills, lost income, and other essential expenses.

Every motorist is required to purchase minimum amounts of liability insurance coverage, including:

END_OF_DOCUMENT_TOKEN_TO_BE_REPLACED 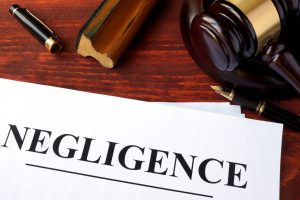 Gross negligence is a distinct type of negligence that surpasses the expected standard of indifference observed in most personal injury cases. The gross negligence standard primarily centers around the excessiveness of the defendant’s deviation from reasonable care. Under New York law, gross negligence involves “reckless indifference to the rights of others.” Case law indicates that the defendant’s behavior must include “failure to use even slight care or conduct that is so careless as to show complete disregard for the rights and safety of others.”

Some examples of gross negligence would include:

END_OF_DOCUMENT_TOKEN_TO_BE_REPLACED 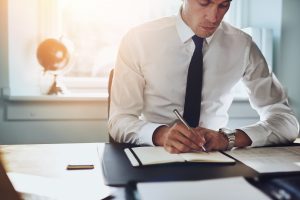 Plaintiffs’ lawyers sometimes draft demand letters as a preliminary tactic to try and resolve personal injury claims. These letters are intended to inform negligent parties and their insurance companies that the plaintiff is pursuing legal action to obtain monetary compensation for damages. The correspondence usually makes specific demands and outlines the case. Sometimes, well-crafted demand letters can lead to earlier settlements and even avoid the need for going to court altogether. A highly experienced personal injury attorney can write an effective letter, which will increase your chances of getting the best possible result.

Elements Of A Successful Demand Letter

Demand letters typically adhere to a standard order of progression, which includes informing the recipient who the plaintiff is, how they were injured, all of the damages sustained, reasons that the recipient should pay for those losses, and the amount of compensation that the plaintiff is seeking. The letter heading should include information about the plaintiff, the defendant, the claim, and the underlying reason for the letter. Then, the letter should present details related to the accident and how the defendant contributed to the plaintiff’s injuries. The following section consists of a careful explanation of the damages. Damages usually include both economic and non-economic losses, such as hospital bills, lost wages from missing work, pain and suffering, loss of consortium, and much more.

END_OF_DOCUMENT_TOKEN_TO_BE_REPLACED 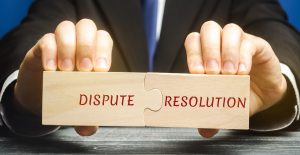 Some people think that all personal injury cases have to go to trial. However, the truth is that only a small percentage of these lawsuits will ever be heard in court. Most personal injury claims are dealt with in other ways, such as settlements and alternative dispute resolutions. Arbitration, often viewed as a last resort before a case goes to trial, is a type of alternative dispute resolution (ADR). Both parties mutually agree to have a neutral decision-maker, called an arbitrator, provide a resolution. Like a judge, an arbitrator objectively listens to both sides of a case before reaching their decision.

What Happens At An Arbitration?

Arbitration usually takes place inside a conference room at the Superior Court, where the plaintiff’s lawsuit was filed. While attending an arbitration is much less formal than going to court, the procedure is structured like a mini-trial. Lawyers for the plaintiff and defendant submit case packets to the arbitrator, which usually include police reports, photographs, hospital records, and statements from expert witnesses. During the private hearing, both parties present evidence to demonstrate what occurred to cause the accident and resulting injuries. Each side attempts to clarify its version of events through opening statements, witness testimonies, cross-examinations, and closing arguments. After carefully examining and reviewing all of the facts, the arbitrator will determine liability, if the plaintiff is entitled to receive compensation, and the total number of damages awarded. The arbitrator’s final written decision is typically issued within a few business days. The decision can be binding or non-binding, depending on what the plaintiff and defendant agreed upon beforehand. When binding, the decision is considered final and entered as a judgment.