Leaving the Scene of a Buffalo Car Accident with Personal Injury

Jed Dietrich, Esq., Recognized as an American Institute of Trial Lawyers Litigator of the Year and New York Super Lawyer, and His Team of Battle-Tested Attorneys at the Dietrich Law Firm P.C., Acclaimed as a Best Law Firm of America, Fight Relentlessly to Obtain the Maximum Damages for Victims Left at the Scene of Car Accidents, After Suffering Serious Injuries, in Buffalo, New York. 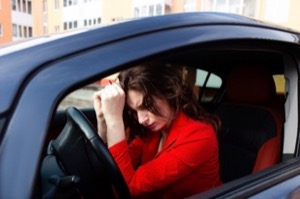 Being involved in any car accident can be a confusing and traumatic ordeal for drivers and passengers alike. Immediately after the accident, as your heart begins to race and adrenaline rushes through your veins, your body’s “fight or flight” response will engage in response to the shocking events. In the heat of the moment, your judgment can be put to the test, but it is important to never leave the scene of an accident. Anytime someone is involved in a crash, he or she must remain at the scene. Leaving the scene can be an extremely costly and life-altering mistake. Under New York law, it is illegal to leave the scene of a car accident involving personal injury.

The Dietrich Law Firm P.C.’s veteran lawyers have seen the heart-breaking aftermath of motorists fleeing accidents, especially those involving devastating injuries. Disturbing stories of drivers leaving the scene of accidents involving injuries inspire Jed Dietrich, Esq., commended as an American Institute of Personal Injury Attorneys 10 Best Attorney, to provide the highest level of personal injury service victims in Buffalo, New York, each day. Every motorist should realize that the biggest penalty for failing to stop after an accident is not the criminal charges but the potentially catastrophic consequences for leaving when others require vital medical treatment. According to the AAA Foundation for Traffic Safety, deaths caused by hit-and-run accidents are at an all-time high throughout the country. In a single recent year, more than 2000 victims lost their lives after being involved in crashes with fleeing drivers. No one should be forced to bear the bodily, emotional, and psychological damages of another’s recklessness.

Jed Dietrich, Esq., understands the combination of aggravation, rage, and heartache that car accident victims may suffer after being abandoned. Jed Dietrich, Esq. and his seasoned team of attorneys, have fought to obtain over $175 million in verdicts and settlements for victims who were injured in Buffalo, New York, throughout New York State, and beyond. Kindly view our Google 5 Star rating and clients’ testimonials by clicking here. Our elite team is available 24 hours per day and 7 days per week at 716-839-3939 or by filling out the online consultation form. We are the aggressive, tenacious, and hardworking lawyers who are ready to persuasively litigate for the compensation that you deserve!

What Causes Drivers To Leave The Scene Of An Accident? 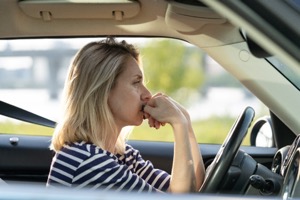 Regretfully, not every driver involved in a car accident will stop to offer help. Fleeing drivers are often afraid of facing the consequences for any injuries they may have caused. However, leaving the scene of an accident for any reason is extremely careless and selfish, especially when others have been seriously injured or worse. Some of the most common reasons motorists choose to leave the collision scenes include:

Please always remember to stop and do the right thing after being involved in a car crash.

DID ANOTHER DRIVER LEAVE THE SCENE OF AN ACCIDENT AFTER SEVERELY INJURING YOU, OR A LOVED ONE, IN BUFFALO, NIAGARA FALLS, ROCHESTER, OR OTHER PARTS OF NEW YORK STATE?

CALL JED DIETRICH, ESQ. AND HIS TOP RATED AND HIGHLY EXPERIENCED TEAM OF BUFFALO, NEW YORK FAILURE TO STAY AT THE SCENE OF A CAR ACCIDENT INJURY LAWYERS AT (716) 839-3939 NOW TO GET THE REPRESENTATION THAT YOU DESERVE!

Important Steps to Take After Another Driver Flees The Scene

If another driver fled the scene of a collision you were involved in, you were probably left on the side of the road feeling extremely helpless and vulnerable. You might have been confused about what to do and elected to leave without calling 911. It is important to contact the police and report the collision promptly. Drivers are required to report accidents to the New York Department of Motor Vehicles (DMV) within 10 days. Make certain to explain to the police what happened and give them as many details about the other driver and vehicle as possible. Sometimes law enforcement agents can locate other drivers after investigating, interviewing eyewitnesses, and checking surveillance footage from local businesses and traffic cameras. You can file a claim against the other driver’s insurance company if the police successfully track him or her down.

However, as mentioned above, drivers often leave accidents because they do not have insurance. If the driver does not have insurance, a victim can file a lawsuit against the driver directly. Fortunately, even if you do not find the driver, you are not completely without legal options. It is crucial to file a claim with your insurance company right away to seek personal injury protection (PIP) insurance coverage. Additionally, if you have uninsured motorist (UM) coverage, you can use it to seek damages up to your policy limits.

Being the victim of an accident in which the other motorist leaves can be a traumatic experience for many people, but it does not have to be for you when you have the Dietrich Law Firm P.C.’s team of top rated Buffalo, New York personal injury attorneys fighting on your side. Our compassionate team realizes that you may be unable to afford the costly hospital bills and other expenses. While you may be facing a tough road ahead, retaining legal assistance can significantly improve your chances of recovering monetary compensation. Jed Dietrich, Esq., a proud member of the Million Dollar Advocates Forum, and his battle-tested attorneys promise to pursue every available method to obtain the best result for your case. Jed Dietrich, Esq. and his leading team would be honored to discuss your case in more detail. Our outstanding lawyers are available twenty-four-seven at 716-839-3939 or by completing the online consultation form.