Jed Dietrich, Esq., Renowned as an American Institute of Trial Lawyers Litigator of the Year and Top 3 Personal Injury Lawyer in Buffalo, and His Team of Disciplined, Enthusiastic, and Strongminded Attorneys at the Dietrich Law Firm P.C., Applauded as a Best Law Firm of America, Aggressively Litigate Lawsuits to Obtain Spectacular Results for Victims Who were Critically Wounded in Failure to Use Designated Lane Car Crashes in Buffalo, New York. 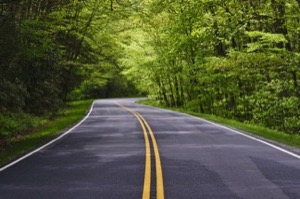 Whenever a roadway is divided into two or more marked sides of the road, drivers are required to stay in their designated traffic lane. Failure to use the designated lane constitutes a moving violation under New York Consolidated Laws Vehicle and Traffic Law (VAT), unless police barricades, construction cones, or other instructional signages direct otherwise. When a driver does not maintain a single designated lane and crosses over into another lane, he or she can get cited for violating Section 1128-(c). Motorists should only change lanes when it can be accomplished safely and legally. Moreover, certain lanes may be designated for specific purposes or vehicles, such as signs indicating that large commercial trucks must stay in the right lane.

Besides getting an expensive ticket and 3 points on your license, failing to use the designated lane can lead to catastrophic accidents, such as head-on collisions. Our battle-tested personal injury attorneys are well versed in the tactics that insurance adjusters use in response to strong claims. Jed Dietrich, Esq. has dedicated the last 22 years of his life fighting for justice. Throughout the years, Jed Dietrich, Esq., recognized as a Best Attorney of America, has litigated thousands of lawsuits, including countless car collision cases.

Car accidents caused by someone failing to use their designated lane can lead to life-altering injuries, such as broken bones, permanent disfigurement, internal hemorrhaging, traumatic brain injury (TBI), and complete paralysis. After suffering devastating injuries or worse in a crash, the best thing you can do is retain the finest personal injury attorney in Western New York. Our primary mission is to maximize the monetary compensation every client obtains. Jed Dietrich, Esq. has zealously litigated to demand more than $175 million in judgments and settlements for victims who were injured in Buffalo, New York, throughout New York State, and beyond. The significance of hiring a highly qualified and experienced attorney cannot be overstated. Even the smallest mistake could noticeably impact settlement offers and negotiations. Our leading team would appreciate the opportunity to discuss your case in further detail. The Dietrich Law Firm P.C.’s best of the best lawyers provides free-of-charge case evaluations and consultations. Our elite team is available twenty-four-seven by dialing 716-839-3939 or by completing the online consultation form.

Why Motorists Fail To Maintain Their Designated Lanes 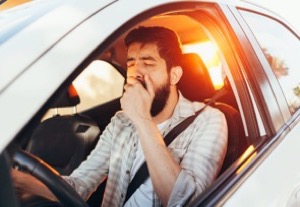 Too many negligent drivers fail to stay in designated lanes because they are not paying attention or are in a hurry. Several other common causes of failing to use a designated lane include:

WERE YOU, OR A FAMILY MEMBER, SERIOUSLY WOUNDED IN A COLLISION CAUSED BY ANOTHER MOTORIST’S FAILURE TO USE THEIR DESIGNATED LANE IN BUFFALO OR OTHER PARTS OF NEW YORK STATE?

CALL JED DIETRICH, ESQ. AND HIS TOP RATED AND BATTLE-TESTED TEAM OF BUFFALO, NEW YORK FAILING TO STAY IN THE PROPER LANE CAR ACCIDENT ATTORNEYS AT (716) 839-3939 NOW TO OBTAIN THE HELP THAT YOU DESERVE!

Liability for Failure to Stay in a Designated Lane Crashes

Similar to other collisions, most accidents resulting from failing to remain in the designated lane could easily be avoided if drivers just obeyed traffic laws. Since the other motorist likely violated the Vehicle and Traffic Law by leaving his or her designated lane, our veteran litigators can bring a negligence per se claim. Additionally, the legal doctrine of negligence is regularly applied to hold responsible drivers accountable. Whenever a crash takes place because a motorist failed to act in the same manner as a prudent driver under comparable circumstances, that motorist can be found negligent. The Dietrich Law Firm P.C.’s highly experienced litigators can prove negligence by showing:

Jed Dietrich, Esq., a proud member of the Multi-Million Dollar Advocates Forum, and his top rated personal injury attorneys have a strong reputation for obtaining justice on behalf of clients. Retaining the Dietrich Law Firm P.C. can provide you with several substantial benefits, such as receiving faster and more sizable settlement offers. Insurance companies and defense attorneys have paid our seasoned team at least $1,000,000.00 or more 38 times. The last worry on your mind should be obtaining sufficient compensation. You can depend on our highly qualified lawyers to demand the damages that your injuries merit. This may include past and future medical bills, permanent disfigurement, lost earnings from missing work, loss of enjoyment, rehabilitation expenses, pain and suffering, and much more. Call our leading attorneys today at 716-839-3939 so that we can help you. The Dietrich Law Firm P.C. takes clients on a contingency fee basis, meaning that you will never pay any up-front charges or out-of-pocket expenses for our superior legal services.