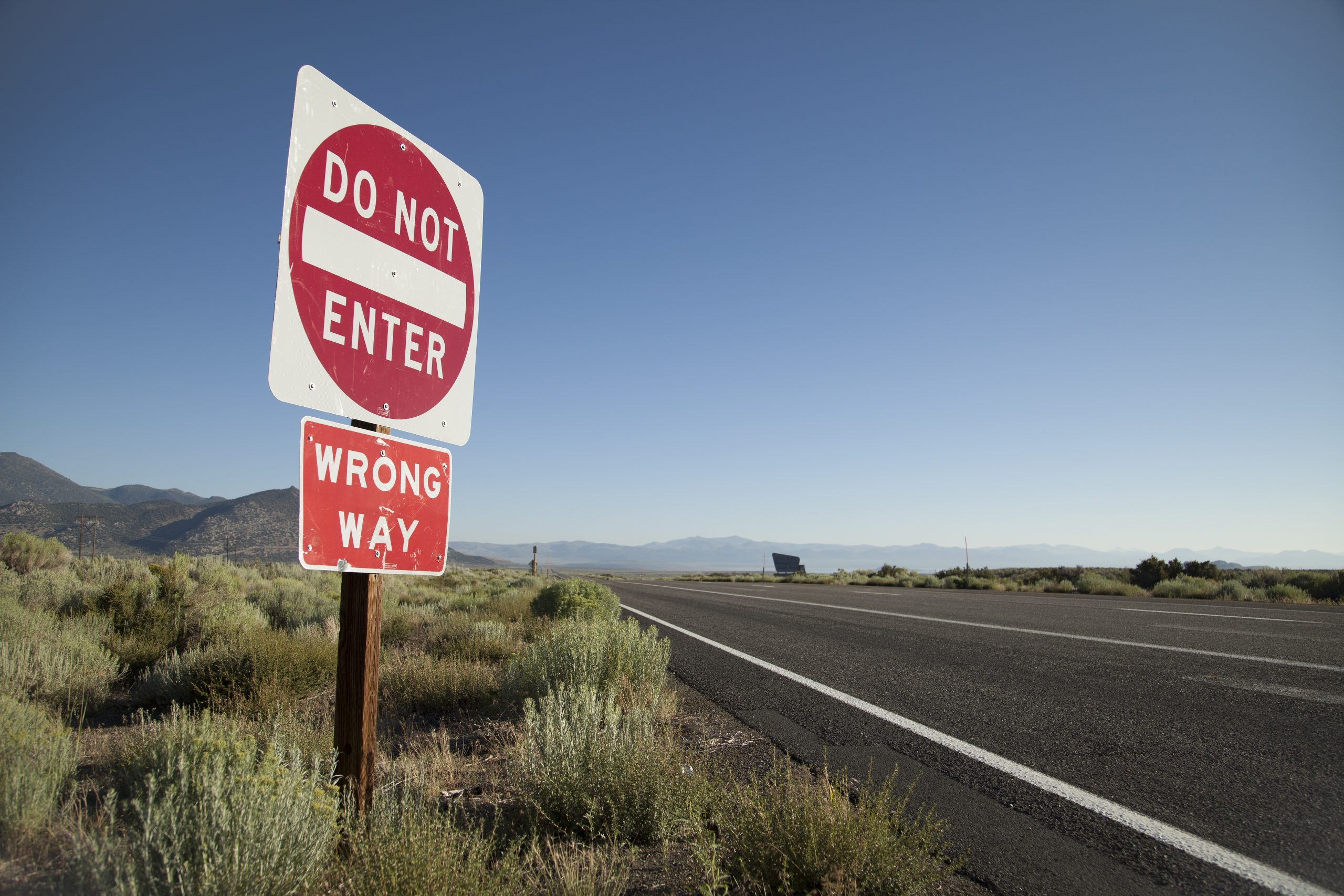 We have all heard stories about collisions involving motorists driving towards oncoming traffic in the wrong lane. Wrong-way car accidents occur when a car driving in an inappropriate direction strikes another vehicle. Typically, wrong-way car accidents result in head-on collisions. These car crashes occur more often than most people would think and usually bring about devastating injuries and deaths. In a recent 8-year period, nearly 3,900 fatal injuries were caused by wrong-way crashes.

Drivers who are unfamiliar with a particular area are generally more likely to drive on the wrong side of the road mistakenly. This type of accident also has a higher probability of occurring over the weekend and at night. Some other frequent causes of wrong-way accidents include:

Most wrong-way car accidents could be easily prevented if not for the wrong-way driver’s inadequate attention or lack of caution. Motorists traveling in the appropriate direction are often surprised and unprepared to react quickly enough to protect themselves.

How To Avoid Wrong-Way Crashes

Although some of the essential rules for drivers are always obeying traffic laws and driving safely, it may still not be enough to protect yourself against negligent motorists. Suppose that you are driving and see a vehicle speeding directly towards you. In that case, it is vital to take the following preventative measures:

Even if you take every possible precaution, avoiding a car speeding toward you in the wrong lane may be impossible. Unfortunately, being the victim of a head-on collision can have catastrophic, life-changing consequences. These accidents often entail lengthy hospital stays, prolonged time off from work, brutal pain and suffering, excessive property damage, and considerable medical expenses. Jed Dietrich, Esq., celebrated as a Best Attorney of America, has the expertise and reputation necessary to negotiate the best possible outcome. Join our thousands of satisfied clients, including a 36-year-old woman who received a $2,750,000 settlement after her car was struck head-on by a dump truck, that our battle-tested attorneys have helped to get the highest possible compensation. Please call us at 716-839-3939 for your free, no-obligation consultation and case evaluation.