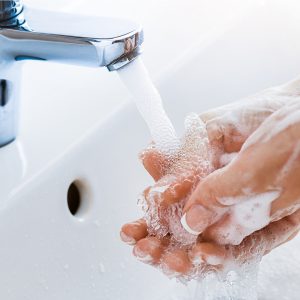 The Food and Drug Administration (FDA), in conjunction with the Centers for Disease Control and Prevention (CDC), is investigating a multistate outbreak of potentially dangerous bacteria. Hand soaps linked to Burkholderia Cepacia infections, sold at Walmart and other retailers, were voluntarily recalled over health concerns. B. Cepacia is the name given for at least 20 different species of bacteria that are often antibiotic-resistant.

Antibiotic resistance is one of the biggest public health threats of modern times. Unfortunately, roughly 2.8 million victims contract antibiotic-resistant infections, and over 35,000 of those suffer fatalities each year. According to the CDC, B. Cepacia is found in soil and water, but contaminated medicines usually cause human infections. Although B. Cepacia poses minimal risk to healthy individuals, those with certain sicknesses, such as cancer, cystic fibrosis, and weakened immune systems, may be more vulnerable to infections, which can cause severe lung disease and even death.

What Scent Theory Products are Contaminated?

As per the FDA’s Cosmetics Recalls & Alerts page, four scents of the Scent Theory’s foaming hand soaps have been voluntarily recalled, including Lemon Citrus, Vanilla Coconut, Eucalyptus Mint, and Fresh Lavender. The soaps were distributed throughout the country, and around 640,000 bottles have been recalled. The below lot numbers are subject to recall:

If any of the above lot numbers match your Scent Theory hand soap, it is imperative to discontinue using it immediately. The Dietrich Law Firm P.C.’s veteran attorneys believe that consumers’ soaps should not cause adverse health complications. After using the recalled hand soap, victims diagnosed with Burkholderia Cepacia infections may be entitled to monetary compensation for their injuries. Product liability law is intended to hold manufacturers, distributors, and sellers of unsafe products accountable.

Scent Theory had a legal obligation to ensure that their soaps were not harmful to users. It is important to save the soap bottle that caused your illness to use as evidence. Our battle-tested team can determine liability and build a strong case by having experts analyze the soap’s safety, compare the levels of B. Cepacia found in the soap to acceptable levels, find a relationship between the illness and infection, and determine how a reasonable soap manufacturer would have acted under the same circumstances. Victims should be able to demonstrate that harm suffered is attributed to the use of Scent Theory’s soap and validate the scope of their B. Cepacia illnesses through their medical records.

If you, or a loved one, became ill after using a recalled Scent Theory’s foaming hand soap, you should contact Jed Dietrich, Esq. and his elite team of hazardous product lawyers at the Dietrich Law Firm P.C. today! No one should be forced to bear the costs associated with hospital bills, other medical treatments, and missing work due to Scent Theory’s negligence. We are disciplined, dedicated, and determined to get you the best possible result after your illness and all other damages. Our best of the best team offers complimentary lawsuit evaluations and consultations and would be honored to speak to you about your possible claim. We are available 24 hours per day and 7 days per week by calling 716-839-3939 or filling out the online consultation form.