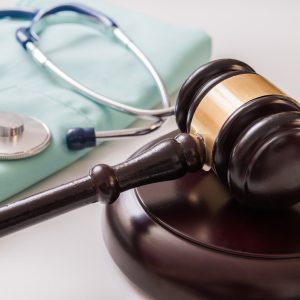 In Haviland v. Lourdes Med. Ctr. of Burlington County, Inc., the plaintiff suffered a shoulder injury while undergoing a radiology exam because the technician deviated from accepted standards of medical care. However, the trial court dismissed the case because the plaintiff failed to file an affidavit of merit (AOM). The legal issue revolved around whether New Jersey law mandates AOMs for vicarious liability claims filed against healthcare establishments involving negligent unlicensed employees. After reviewing the medical malpractice case, the Superior Court of New Jersey ruled that the plaintiff was not required to file an AOM with his complaint. The decision to reverse the lower court’s dismissal of the lawsuit could have profound implications on future vicarious liability claims concerning the requirement of AOMs for med mal cases.

New Jersey and 27 other states require an affidavit of merit for medical malpractice cases. Under New York Law, all med mal actions must be accompanied by a certificate from the plaintiff’s attorney, declaring that he or she consulted with at least one licensed physician and, after thoroughly assessing the facts of the case, has determined that there are adequate grounds for pursuing such action. The affidavit of merit mandate was primarily designed to filter out frivolous claims before they are brought to court.

Although AOM rules are meant to screen cases, the rules are often criticized for violating due process, creating more bureaucratic hurdles for prospective plaintiffs, and unconstitutionally blocking access to courts. The Superior Court’s ruling on AOMs regarding this vicarious liability claim provided crucial insight on complicated procedural requirements and legal questions surrounding medical malpractice cases filed against hospitals due to an unlicensed employee’s negligence. The Dietrich Law Firm P.C.’s elite team believes that the New Jersey ruling could serve as an important precedent for New York and other states with similar AOM statutes and rules.

Medical malpractice claims commonly include risky surgical procedures, unsafe medical advice, or misdiagnosis resulting in injury. When an unlicensed employee’s negligence at a healthcare facility causes an injury during the scope of his or her employment, that individual may not be the only party held liable. Additionally, the legal doctrine of respondeat superior also places vicarious liability on the employing hospital. Victims may be entitled to pursue medical malpractice claims against hospitals, which can be held responsible for their employees’ negligent or irresponsible acts.

If you, or a loved one, have been injured at a healthcare facility because of an employee’s negligence, you may be entitled to pursue monetary compensation for your past and future medical bills, lost wages from work, pain and suffering, permanent disfigurement, disability, loss of enjoyment, reduced future earning capacity, and any other unanticipated damages. Jed Dietrich, Esq., acclaimed as an American Institute of Personal Injury Attorneys 10 Best Attorneys, and his veteran team of medical malpractice lawyers will systematically investigate the circumstances surrounding your injuries to uncover whether the hospital can be held vicariously liable for the medical malpractice of an unlicensed employee. Contact the Dietrich Law Firm P.C.’s seasoned attorneys today for your free consultation. We are available 24 hours per day and 7 days per week by calling 716-839-3939 or filling out the online consultation form.