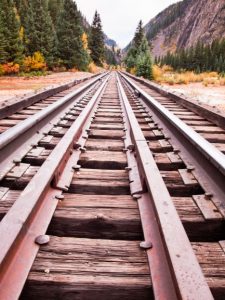 Nevertheless, U.S. District Judge Katharine S. Hayden denied both motions. H&M’s motion was denied because the company had engaged in a business that directly supported NSR’s operations. Judge Hayden highlighted that common carries are not determined based solely on title or name. The law allows courts to examine the relationships companies have with one another when evaluating whether they are common carriers subject to FELA claims. Additionally, the court denied NSR’s motion finding that the company dictated various aspects of the day-to-day operations and had the authority to control H&M’s employees.

Enacted in 1908, FELA offers a federal remedy for railroad workers who suffer an injury caused by employers’ or coworkers’ negligence. The Third Circuit Court applied a four-part test to determine liability under the Federal Employers Liability Act. A plaintiff bringing a FELA claim must demonstrate the following:

1. The defendant is a common carrier by a railroad that is engaged in interstate commerce: The definition of what a common carrier is defined by the courts’ interpretations of the flexible statute.

2. The plaintiff was employed by the defendant and performing duties that furthered interstate commerce: In other words, the injured party must have been working in the railroad industry.

3. The plaintiff suffered an injury while working for the common carrier: The accident must have occurred during the worker’s shift.

4. The defendant’s negligence caused the plaintiff’s injury: Negligence often includes various actions or inactions, such as lack of adequate employee training, non-compliance with safety regulations, and insufficient maintenance of equipment.

The Dietrich Law Firm P.C.’s team of highly experienced attorneys fight to obtain the best result for people injured in Buffalo, New York, and beyond. Jed Dietrich, Esq., recognized as a New York Super Lawyer, and his veteran team of railroad worker injury attorneys will thoroughly investigate the facts surrounding your accident to determine whether it is possible to file a FELA claim. FELA provides employees with legal rights even if they do not work directly with the train. Contact the Dietrich Law Firm P.C.’s battle-tested lawyers today for your free consultation. We are available 24 hours per day and 7 days per week by calling 716-839-3939 or filling out the online consultation form.