Jed Dietrich, Esq., Highly praised as a Premier Lawyers of America and American Institute of Personal Injury Attorneys 10 Best Attorneys, and His Top Rated Team of Lawyers at the Dietrich Law Firm P.C. are Dogged, Determined, and Dead-Set on Obtaining the Maximum Compensation for Victims Diagnosed with Parkinson’s Disease and Other Chronic Health Issues After Being Exposed to Paraquat in Syracuse, New York. 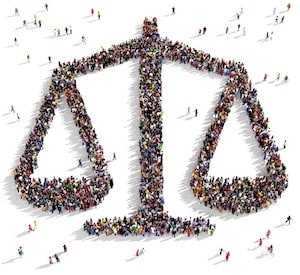 Roughly 100 paraquat claims have been filed against paraquat manufacturers since 2017. Paraquat dichloride, commonly known as paraquat, has quickly become one of the most widely applied herbicides throughout the United States. The weed killer is sold by many different manufacturers under several names, such as Blanco, Quik-Quat, Parazone, Gramoxone, and Firestorm. Each year, well over 7 million pounds of paraquat is scattered over 15 million acres country-wide. It is used at commercial farming sites primarily for control of unwanted plants and accelerating the harvest of crops, such as cotton, fruit, and corn. The number of individuals who have worked or lived close to areas where paraquat was sprayed and developed Parkinson’s disease has dramatically risen over the years.

Although the use of paraquat is prohibited in 32 countries across the world, it has yet to be banned in America. Moreover, the use of the herbicide throughout the country has only increased in recent years. Ironically, paraquat has been banned in Switzerland since 1989, yet Syngenta, a Swiss company, is one of the largest manufacturers. Even China announced that it would begin gradually eliminating paraquat in 2012. Extensive research has repeatedly demonstrated that long-term exposure to paraquat can lead to Parkinson’s disease. Jed Dietrich, Esq., recognized by Super Lawyers since 2010, and his battle-tested Syracuse, New York paraquat exposure attorneys are here to help if you, or someone you love, has developed Parkinson’s after being exposed to this poisonous chemical. Farmers, agricultural workers, landscapers, gardeners, and anyone else who has suffered neurological effects from paraquat may be eligible to pursue product liability lawsuits.

Regretfully, heartbreaking accounts of paraquat-related diseases have become far too common throughout the country. Jed Dietrich, Esq. empathizes with victims and their families who have been forced to cope with the devastating consequence of Parkinson’s and other persistent health issues. The Dietrich Law Firm P.C.’s best of the best team has proudly fought for countless victims whose lives were turned upside down because of exposure to hazardous chemicals. Jed Dietrich, Esq. has litigated assertively to demand over $175 Million in verdicts and settlements for clients who are injured in Syracuse, New York, throughout New York State, and beyond. We guarantee that no other law firm will work harder, smarter, or better on your case than the Dietrich Law Firm P.C. Our zealous team is available 24 hours a day, 7 days a week, at (716) 839-3939, or by completing the online consultation form. We are the uncompromising, tenacious, and hardworking personal injury attorneys who are prepared to fight for every single dollar that you deserve!

In the 1960s, it was mistakenly assumed that Parkinson’s disease had disappeared after the administration of levodopa. However, roughly 60,000 Americans are diagnosed with this neurodegenerative disorder every year. Approximately one million victims in the United States are living with Parkinson’s, which exceeds the sum of individuals diagnosed with muscular dystrophy, multiple sclerosis, and Lou Gehrig’s disease. The Parkinson’s Foundation aims to raise awareness and support those living with the disease and their families. Some important facts about Parkinson’s include:

DID YOU, OR A LOVED ONE, DEVELOP PARKINSON’S DISEASE AFTER BEING
EXPOSED TO PARAQUAT IN SYRACUSE, OR OTHER
PARTS OF NEW YORK STATE?

CONTACT JED DIETRICH, ESQ. AND HIS OUTSTANDING AND HIGHLY SKILLED
TEAM OF SYRACUSE, NEW YORK PARAQUAT ILLNESS INJURY ATTORNEYS
AT (716) 839-3939 NOW TO OBTAIN THE HELP THAT YOU DESERVE!

What Dangers are Associated With Paraquat?

Paraquat presents countless risks to plants, animals, and humans. As mentioned above, numerous countries, including the European Union, Brazil, and China, have banned or begun phasing out the herbicide due to its extremely high toxicity and health concerns. In addition to Parkinson’s, health issues related to the weed killer include:

Countless articles have uncovered the dangers concerning paraquat and its application as an herbicide on 100s of crops throughout the United States. Despite the abundance of research indicating the risks of exposure and the subsequent development of Parkinson’s, barely anything has been done to protect the public. It is alleged that manufacturers had actual knowledge of paraquat’s associated dangers for decades. Many agricultural workers and other innocent victims could have certainly avoided chronic health issues if only adequate warnings and precautionary advice were made available to the public. However, these reckless corporations continued to produce and sell their harmful products.

The Dietrich Law Firm P.C.’s battle-tested crew is unwaveringly devoted to aggressively fighting for the legal rights of paraquat victims. We have extensive experience in seeking justice for clients and expertise in litigating toxic exposure cases. Our seasoned attorneys will methodically assess your injuries and discuss the likelihood of winning a lawsuit against the responsible manufacturer. If we can demonstrate that paraquat exposure caused you to develop Parkinson’s, you may be entitled to monetary compensation. You could receive damages for past and future hospital bills, missed time from work, reduced future earning capacity, pain and suffering, and other unanticipated impacts. Our primary goal is to negotiate the best possible result after your paraquat-related illness in Syracuse, New York, throughout New York State, and beyond. The Dietrich Law Firm P.C.’s veteran team is pleased to offer complimentary case evaluations and consultations. Jed Dietrich, Esq. would be honored to speak with you about your potential paraquat lawsuit. Our remarkable team is available 24 hours a day, 7 days a week, at (716) 839-3939, or by completing the online consultation form.

Call the Dietrich Law Firm P.C. immediately at (716) 839-3939 so that our aggressive, tenacious and hardworking personal injury lawyers can fight to obtain the best result for your personal injury claim in Syracuse, New York. We are available 24 hours a day, 7 days a week, and there is never a fee until we WIN for you!