Jed Dietrich, Esq., an Acclaimed Member of the Million Dollar Advocates Forum and American Institute of Personal Injury Attorneys 10 Best Attorneys, and His Elite Team of Lawyers at the Dietrich Law Firm P.C. Fight Relentlessly, Unwaveringly, and Assertively to Obtain the Highest Compensation for Victims Who Developed Macular Degeneration After Being Prescribed Elmiron in Syracuse, New York. 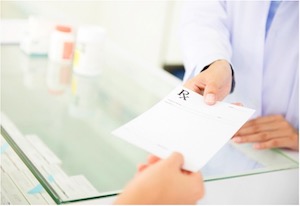 Interstitial cystitis (IC), also referred to as bladder pain syndrome, is a chronic condition that causes unpleasant urinary symptoms, such as intense pain in the bladder and the sudden need to urinate. Elmiron was created and mass-produced by Janssen Pharmaceuticals Inc., which is a subsidiary of Johnson & Johnson. Since being approved by the U.S. Food and Drug Administration (FDA) back in 1996, Elmiron has become the standard medical treatment for patients suffering from interstitial cystitis. Elmiron is the only drug presently approved by the Food and Drug Administration for dealing with interstitial cystitis-related bladder pain. However, the medication has been linked to severe eye damage, such as seeing dark spots, extreme sensitivity to light, blurred vision, and even total blindness.

Starting in 2015, doctors from the Emory Eye Center began noticing a disturbing trend among patients. The ophthalmology clinic was treating 6 patients who suffered from abnormal eye damage in the macula and were diagnosed with pigmentary maculopathy. Eventually, the doctors realized that all of these patients had been prescribed Elmiron. This led the doctors to believe that pentosan polysulfate sodium, the active ingredient in Elmiron, was toxic to the retinal tissue of users’ eyes. Further research performed by scientists at the University of California, Los Angeles (UCLA) and Kaiser Permanente confirmed the drug’s relationship with macular degeneration and revealed that the longer Elmiron was taken, the higher risk a patient had of developing the disorder. Before these alarming results were divulged, ophthalmologists mistakenly diagnosed interstitial cystitis patients using Elmiron with age-related macular degeneration.

The Dietrich Law Firm P.C.’s highly experienced personal injury attorneys are presently reviewing Elmiron claims from patients who have suffered eye disorders or vision loss and may be eligible to file a defective drug lawsuit. Jed Dietrich, Esq., recognized by the Super Lawyers since 2010, and his veteran team are here to fight for you. Our initial consultations are complimentary and will provide you with an opportunity to discuss the details of your case with us. You are under no obligation to retain our battle-tested attorneys after this meeting. We just want you to learn about your possible legal options.

Jed Dietrich, Esq. understands how victims and their families may feel after suffering devastating eye damage caused by taking a medication that was supposed to help them. The Dietrich Law Firm P.C.’s outstanding team has proudly battled for countless victims whose lives were turned upside down because of defective drugs. Jed Dietrich, Esq. has aggressively litigated to demand more than $175 Million in verdicts and settlements for clients who are injured in Syracuse, New York, throughout New York State, and beyond. We guarantee that no other law firm will work smarter or harder on your lawsuit than the Dietrich Law Firm P.C. Our best of the best team is available 24 hours a day, 7 days a week, by calling (716) 839-3939 or by completing the online consultation form. We are the uncompromising, tenacious, and zealous personal injury lawyers who are ready to fight for every single dollar that you deserve! 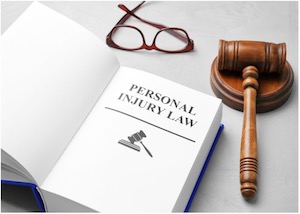 Law firms throughout the United States have been advertising for potential Elmiron injury plaintiffs. Victims who have taken Elmiron and developed an eye disorder or suffered vision loss are actively filing lawsuits against Janssen Pharmaceuticals Inc. Janssen had a legal duty to ensure that its medication did not cause any injuries. After suffering irreversible eye damage caused by pentosan polysulfate sodium, victims can hold Janssen liable under the following claims:

DID YOU, OR SOMEONE YOU KNOW, SUFFER ANY EYE DAMAGE OR BLINDNESS CAUSED BY TAKING ELMIRON IN SYRACUSE, OR OTHER PARTS OF NEW YORK STATE?

CALL JED DIETRICH, ESQ. AND HIS TOP RATED AND HIGHLY EXPERIENCED TEAM OF SYRACUSE, NEW YORK ELMIRON EYE DAMAGE LAWYERS AT (716)-839-3939 NOW TO GET THE ASSISTANCE THAT YOU NEED!

How Is Macular Degeneration Diagnosed?

A routine eye examination can detect macular degeneration. The most common early warning signs are drusen or pigment clumping. Drusen are small, yellowish spots of cellular debris under the patient’s retina. Additionally, your ophthalmologist may have you look at an Amsler grid. The Amsler grid is a pattern of straight lines that looks similar to a checkerboard, which is used to detect vision problems caused by damage to the macula or optic nerve. If the straight lines appear wavy or some of the lines are absent, it is a sign of macular degeneration.

Your ophthalmologists may also ask if you take any medications. It is extremely important to mention your Elmiron use, even if it was years prior. If your eye physician believes you may be suffering from macular degeneration, he or she may have you take an angiogram or optical coherence tomography (OCT). During an angiogram, dye is injected, and X-rays are taken as the dye flows through the blood vessels in the retina. The X-rays show detailed pictures of vessels leaking fluid or new vessels in the macula. An optical coherence tomography is a non-invasive imaging test that uses light waves to see the retina’s distinctive layers. It is critical to visit with your eye doctor regularly to find signs of macular degeneration as early as possible. An early diagnosis means sooner treatment, which can help limit or at least slow the vision loss suffered.

The Dietrich Law Firm P.C.’s seasoned team is steadily devoted to fighting for the legal rights of Elmiron victims. We have wide-ranging experience in demanding justice for clients and expertise in litigating defective medication lawsuits. Our veteran lawyers will systematically evaluate your injuries and discuss the likelihood of winning a lawsuit against Janssen. If we can demonstrate that Elmiron caused you to suffer from eye damage, you may be entitled to monetary compensation. You could receive damages for all medical expenses related to eye surgeries and treatments, lost wages from work, loss of enjoyment, pain and suffering, and other unanticipated consequences. The Dietrich Law Firm P.C.’s battle-tested team is honored to offer free case evaluations and consultations. Jed Dietrich, Esq. would be pleased to discuss your potential Elmiron case in more detail. We are available 24 hours a day, 7 days a week, at (716) 839-3939, or by filling out the online consultation form.

Call the Dietrich Law Firm P.C. immediately at (716) 839-3939 so that our aggressive, tenacious and hardworking personal injury lawyers can fight to obtain the best result for your personal injury claim in Syracuse, New York. We are available 24 hours a day, 7 days a week, and there is never a fee until we WIN for you!