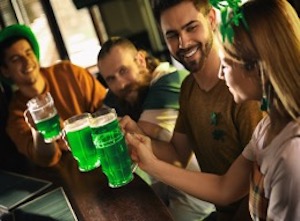 St. Patrick’s Day is a holiday known for its high quantities of liquor consumption. With more than 10,000 drunk driving car accident fatalities in the United States each year, St. Patrick’s Day accidents only add to the figure. Drunk driving accidents are not, however, the only cause of personal injuries on this holiday. Heavy alcohol consumption can lead to alcohol poisoning, and even the crowds that gather to join in parades and celebrations are at risk of physical injury.

Jed Dietrich, Esq. has worked as a personal injury attorney for over two decades. In that time, he has won countless cases for his clients in the Buffalo, New York area, including a $2,025,000 settlement for a man that was injured by a truck. If you have been the victim of an accident in Buffalo, New York, or the greater New York area that resulted in a personal injury, reach out to the Dietrich Law Firm P.C. today by calling us at (716) 839-3939 or visiting us online to schedule your FREE consultation.

The History of St. Patrick’s Day

St. Patrick’s Day in the United States is an iconic holiday. Famously hailed as the day when anyone can be Irish, it is characterized by its green beer, shamrocks, and eponymous leprechaun hats. While today it is regarded to be an occasion for heavy drinking, the origins of St. Patrick’s Day could not be further from leprechauns and beer. The real St. Patrick lived in the 5th century. After an exciting youth that involved being kidnapped by pirates and a stint as a shepherd, he converted to Catholicism and dedicated the rest of his life to spreading Christianity throughout Ireland. Following his death, St. Patrick was named the patron saint of Ireland, and the Catholic Church designated March 17th a religious feast day in his honor.

While March 17th is still a feast day according to the Catholic calendar, it is more popularly celebrated by engaging in practices that have little connection to St. Patrick. However, there is a proud history of Irish immigrants to America whose bravery and patriotism to both their new and native country has been distilled in St. Patrick’s Day practices. The holiday became an opportunity to show political alliances and camaraderie through the support of the new Irish-Americans.

A personal injury accident can sometimes lead to serious long-term effects. Jed Dietrich, Esq. is recognized as a New York Super Lawyer and is adept at tackling personal injury cases on behalf of his clients. If you, or a loved one, were injured in a St. Patrick’s Day accident in the Buffalo, New York area, contact the Dietrich Law Firm P.C. now at (716) 839-3939 or contact us online for your free consultation. 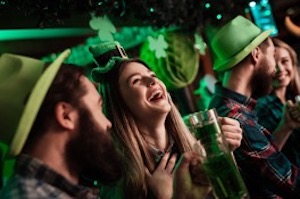 For over twenty years, Jed Dietrich, Esq. has successfully represented individuals in personal injury cases throughout the Western New York area. Today, he is regarded to be a Best Lawyer of America and is fully capable of representing you in your personal injury case. To receive your free consultation, call us now at (716) 839-3939 or visit us online. 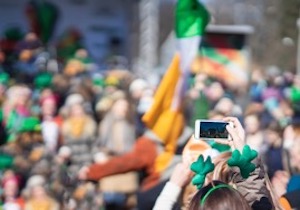 A recent news report on a St. Patrick’s Day parade in Rock Hill, New York, tragically announced that a woman died after falling off of a parade float. The parades on St. Patrick’s Day are always well attended, particularly in New York City and Chicago – cities that historically contain a large population of Irish-American descendants. Parades are usually relatively safe; however, as is evidenced by the Rock Hill incident, accidents do happen.

Parade floats can pose a similar threat to individuals as motor vehicle-pedestrian accidents. The vehicles pulling the floats and the floats themselves can potentially crush individuals who fall into their path. If participating in a parade, take care to watch your surroundings for any tripping hazards that might lead you or others to fall. Take care when riding on floats to maintain your balance and avoid behavior that might cause a slip and fall accident.

Another danger facing parade attendees is the potential for a crowd crush. Roughly 380 individuals die each year as a result of crowd crushes. This occurs when too many bodies converge on a narrow path at once, effectively blocking the egress. As more bodies press in from behind, the individuals in the center are slowly crushed. The greatest dangers facing individuals in this situation are asphyxiation and physical injury from being trampled. The Conversation published a helpful list of tips for surviving a crowd crush.

DID YOU, OR A LOVED ONE, SUFFER INJURIES ON ST. PATRICK’S DAY IN BUFFALO, NEW YORK?