Jed Dietrich, Esq., Famed as an American Institute of Trial Lawyers Litigator of the Year and Super Lawyer, and His Team of Meticulous, Fervent, and Tenacious Attorneys at the Dietrich Law Firm P.C., Aggressively Negotiate Claims to Obtain the Highest Compensation for Uber Eat Drivers Who were Critically Wounded by Aggressive Dogs in Rochester, New York, Throughout Monroe County, and Beyond. 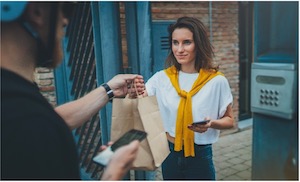 With the ever-increasing popularity of online delivery platforms like Uber Eats, customers can effortlessly order food through their smartphones. Regrettably, delivering the food is not always as easy as ordering it. Uber Eats drivers often face numerous risks when picking up and dropping off food. One of the biggest risks for Uber Eats delivery people is aggressive dogs. For example, a man who delivered food to support his family, sustained multiple deep puncture wounds on his right arm and left hand while dropping off a McDonald’s order. After the dog burst through a gate and latched on to him, it took two men to pry the dog off of him. Understandably, to this day, he still gets terrified and goes into shock when he thinks about his dog attack.

Unfortunately, this dog attack is anything but an isolated incident. Oftentimes, canines attack Uber Eats drivers without so much as a growl or bark. Dog owners have a legal obligation to ensure that their animals are always kept under control and do not cause harm to others. Far too many owners do not believe that their canines are dangerous and do little to prevent dog bite accidents. No wonder why roughly 4.5 million victims suffer dog bites throughout the United States each year. Were you seriously wounded by a hostile dog while working for Uber Eats in Rochester, New York?

The Dietrich Law Firm P.C.’s elite team is well-equipped to leverage our decades of practice to win your case. Lawsuits involving independent contractors, such as Uber Eats drivers, often involve a lot of subtleties that only a highly experienced personal injury attorney would be able to distinguish. Even a minor mistake could significantly decrease any settlement offers and your total recovery. Injured victims only get one chance to obtain potential life-changing compensation. Do not risk your future with an attorney that does not have verified results.

Jed Dietrich, Esq., documented as a Best Attorney of America, has passionately dedicated the last 23 years of his life to fighting for accident victims. Over the years, Jed Dietrich, Esq. has litigated thousands of lawsuits and obtained more than $175 million in judgments and settlements for his clients in Rochester, New York, Monroe County, and all over New York State. Our top rated team would be honored to discuss the countless ways that we can help you. The Dietrich Law Firm P.C.’s leading attorneys can provide you with a free and confidential case evaluation. Our seasoned team is available 24/7 by dialing (585) 939-3939 or by completing the online consultation form.

Dog Breeds With the Strongest Bites 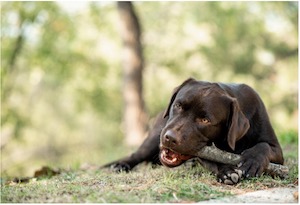 As much as dog owners love their four-legged companions, they must acknowledge the dangers that come with raising a pup. Pound per square inch (PSI) is a unit used to explain the force that a canine is capable of inflicting through its bite. It is a scientific method that calculates the pressure placed on a given point. According to Pet Comments, the top 12 canines with the fiercest bites in terms of PSI are:

WERE YOU, OR A FAMILY MEMBER, BRUTALLY WOUNDED BY A VICIOUS DOG
WHILE DELIVERING FOOD AS AN UBER EATS DRIVER IN ROCHESTER,
MONROE COUNTY, OR OTHER PARTS OF NEW YORK STATE?

CALL JED DIETRICH, ESQ. AND HIS TOP RATED AND HIGHLY EXPERIENCED
TEAM OF ROCHESTER, NEW YORK UBER EATS DELIVERY PERSON DOG
BITE INJURY LAWYERS AT (585) 939-3939 NOW TO
GET THE HELP THAT YOU NEED!

The Dietrich Legal Team will zealously work to show that the dog owner failed to implement sufficient measures to protect you from their dog. If we can prove that the owner was negligent, you may be entitled to the following damages:

Additionally, if we can establish that the owner acted with gross negligence, punitive damages may also be awarded. Encountering a vicious canine while delivering for Uber Eats can quickly turn any driver’s side hustle into a painful nightmare. Since the circumstances of every dog attack are different, you should consult with a highly qualified personal injury lawyer. The Dietrich Law Firm P.C.’s leading team promises to litigate your dog bite claim by applying the same successful approaches that have generated the finest possible results time after time. The best part is that the Dietrich Legal Team will take your case on a contingency fee basis, meaning that you will never pay any up-front charges for our elite representation. Please call Jed Dietrich, Esq., a proud member of the Multi-Million Dollar Advocates Forum, at (585) 939-3939 to learn more about how we can help you.

Call the Dietrich Law Firm P.C. immediately at (585) 939-3939 so that our aggressive, tenacious and hardworking personal injury lawyers can fight to obtain the best result for your personal injury claim in Rochester, New York. We are available 24 hours a day, 7 days a week, and there is never a fee until we WIN for you!